Should I Bulk or Cut?

Just about anybody who gives a damn about his physique is perpetually wrestling with a dilemma:

"Do I eat more so I can gain muscle but possibly gain some fat in the process? Or do I eat less so I can get more ripped but risk losing some muscle?"

One week we'll see some beefy powerlifter do some amazing feat of strength and we'll get momentarily romanced into training and eating like a powerlifter. The next week, we'll see a picture of some guy who's so outrageously ripped and muscular, he looks like he exploded out of the pages of a Marvel comic book to defeat evil.

Almost immediately, we'll ditch that powerlifting stuff to start training and eating to get ripped so that we too can save the world.

By bouncing back and forth between these two positions, never really committing to either body style or life style, we live in this eternal purgatory of looking okay, but not great.

There is a way, however, to combine both your physique aspirations, and it lies in a relatively easy diet adjustment.

It's called Time-Restricted-Plus dieting and it allows you to get ripped and stay ripped without losing any muscle and more likely gaining muscle at a satisfying rate.

Let's first kick a dietary hobgoblin out of this article right away before it becomes a troublesome distraction.

I don't like intermittent fasting (IF), at least not conventional intermittent fasting. While it's probably a great idea for people with Type II diabetes, it's not so hot for guys who are interested in molding their bodies into Greek-statue like proportions.

IF might get you ripped, and you'll likely increase insulin sensitivity, but indications are that you'll restrict muscle gain.

A New Study and New Way to Lose Fat

That being said, there's an interesting new study making the rounds. It's a more in-depth follow-up to a similar study that was published in 2012 that gave similar results. It involves a type of IF that gave me a clue to how superheroes-in-training should eat.

Folks at the Salk Institute in La Jolla, California, fed mice one of four different isocaloric diets over 38 weeks:

Some mice were allowed to eat whenever they wanted, whereas others were restricted to eating during 9, 12, or 15 hour periods, but there were some interesting twists.

Some in the time-constricted groups were allowed to cheat on weekends by eating whenever they wanted. Lastly, a few of the mice in the eat-anytime group were switched over to the time-restricted groups midway through the study.

Some of the results were predictable while others were downright surprising:

Most of that's pretty interesting, but it's probably the last result that set your muscle Spidey sense to tingling. Yes, the time-restricted mice had more muscle, but truth be told, the scientists don't yet know if they actually gained muscle mass, or merely maintained muscle mass that might have been lost during free feeding. 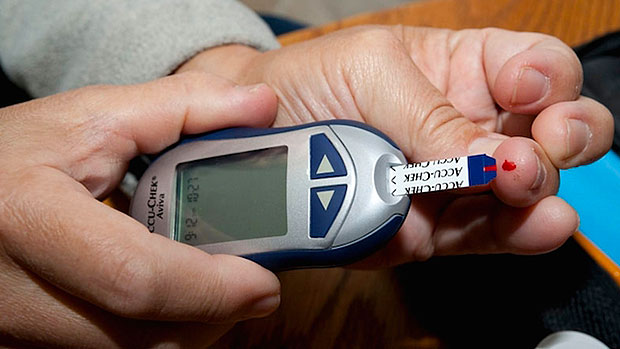 From Fat-Storing to Fat-Burning

The scientists guess that it was an epigenetic response where food is thought to influence the body's internal clock, and these circadian rhythms affected the function of genes that are involved in metabolism.

But it probably has as much to do with insulin sensitivity as anything else; the time-restricted mice building a high degree of it while the anytime eaters continuing to dwell in the land of insulin resistance.

After all, it's been seen time and time again in humans that just a few hours of fasting increases insulin sensitivity and switches the body over from a fat-storing mode to a fat-burning mode.

Muscle Protein Synthesis Must Go On!

Insulin sensitivity, whether they know it or not, is one reason why conventional IF has been so popular with a lot of people, lifters and non-lifters like.

Their fasting leads to higher insulin sensitivity and fat burning, but the bugaboo has always been that it's much harder, if not impossible, to build muscle during IF because you're not only shorting your body of calories, but protein, too.

Because of this protein shortage, there are large parts of the day or night when muscle protein synthesis (MPS) comes to a complete halt.

The solution to combining time-restricted dieting, fat burning, and muscle building is to restrict conventional eating to a pre-determined length of time and then, somehow, make sure there's enough protein flowing around to keep MPS going throughout the rest of the day and night.

Unfortunately, eating large amounts of protein, the amounts that would trigger adequate MPS, would also contain enough calories and insulin-raising amino acids to spike insulin and nullify the reason for doing time-restricted dieting in the first place.

Besides, if you were eating protein meals outside the boundaries of a time-restricted period, you couldn't call it an IF or time-restricted diet anymore; it'd just be called normal weightlifter life.

There's a way around those problems and it involves combining time-restricted eating with pulses of Biotest's Mag-10® anabolic protein, a strategy that, admittedly, exists in various somewhat similar incarnations on T Nation.

This approach, however, is perhaps the simplest of the bunch. It's called the Time-Restricted-Plus Diet, and my human guinea pigs have been having great success with it.

How to Do the Time-Restricted-Plus Diet

First, we determine our level of fatitude:

Let's say you're in the 9-hour group and you have your first meal at 7 AM. That means all your conventional meals must be eaten by 4 PM.

In order to keep MPS chugging along, you have one serving of Mag-10® at 7 PM and another at bedtime.

Have your first meal at 7 AM. That means all your conventional meals must be eaten in 12 hours, by 7 PM.

In order to keep your MPS chugging along, you have a serving of Mag-10® at bedtime.

Either group can also ingest an additional serving(s) in the middle of the night, if they're among the rare breed of dedicated lifters that don't mind waking up for some nutrition.

Furthermore, both groups can be a little lax on weekends without affecting the diet to any significant degree. 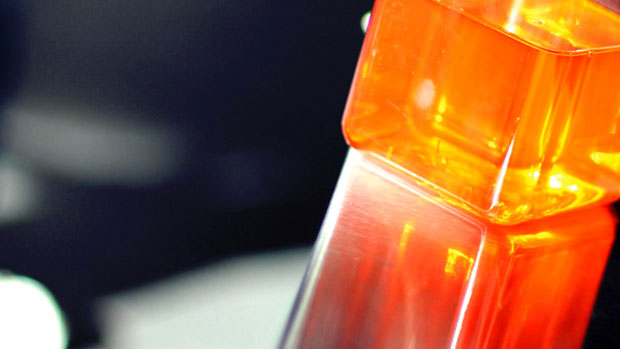 I know, I know, you have questions. Like, how can such a comparatively small amount of protein (one serving of Mag-10®) keep MPS alive?

Won't that protein elicit an insulin surge, too? Why can't I use any type of protein to do the same thing?

Right to the Bloodstream, Boom!

One serving of Mag-10® – 20 grams of protein – stimulates MPS more than 5 times as much as a similar amount of conventional protein.

Because of its potency, you don't have to ingest a lot of protein and get – along with a large number of calories – a big jump in insulin, both of which would kinda-sorta destroy the whole point behind time-restricted eating.

The reason it's so potent is that the protein in Mag-10® is comprised of a unique di- and tri-peptide complex that doesn't require any further breakdown or digestion. As such, it's transported directly into the bloodstream, boom!

And these peptide structures have biological activities that go way beyond regular amino acids, making it hugely effective in kick-starting MPS.

Furthermore, Mag-10® is leucine rich, and leucine is a key determinant of post-meal MPS. No other essential amino acid (EAA) or branched-chain amino acid (BCAA) stimulates MPS to the degree that leucine does.

Case in point, scientists found that a small amount of leucine-spiked protein (6.25 grams, to be exact) super-charged MPS in exercising young men to the same level as 4 times as much (25 grams) of whey protein.

Of course, taking large or larger doses of leucine by itself is potentially problematic because it could result in lower circulating concentrations of two other branched-chain amino acids, isoleucine and valine.

That's why research has shown that the inclusion of all BCAAs is a better idea for maximizing MPS.

Enter Mag-10®. It's unique di- and tri- peptide complexes and richness in leucine allow you to use way less of it than conventional proteins and get way more out of it. That's what makes it perfect for, and essential to, the Time-Restricted-Diet Plus.

Let's not muck up this very simple eating plan too much.

You restrict your sensible, healthy eating to either a 9-hour window or a 12-hour window, depending on your level of body fat. During the "non-eating" hours, you have either one, two, or even three servings of Mag-10®.

On weekends, you can loosen it up a bit and eat outside the time boundaries.

That's it. And it should go without saying that you can't just eat anything and everything you want in unlimited quantities. No eating plan or diet can withstand such idiocy.

Likewise, you know what your macros should be and you know what constitutes a healthy diet. You don't need me to tell you to eat some fruits and vegetables. After all, this is T Nation and you're expected to know a few things before you even set foot here. 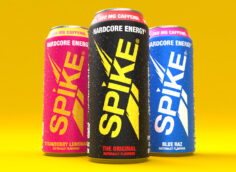 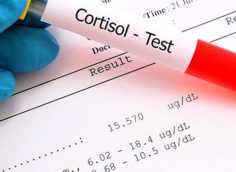 This mobilization hormone can help you or hurt you. And some diets can make it skyrocket. Here are the facts.
Cortisol Control, Feeding the Ideal Body, Nutrition & Supplements, Tips
Christian Thibaudeau February 24 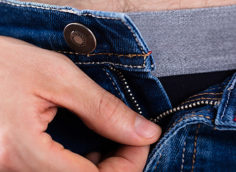