Barney's got a problem. He looks like a Wookie from Star Wars, but that's not the problem I'm talking about. He's fat. Blubbery even. When he walks around on his four legs, it sounds like two beefy men in their slippers shuffling towards the refrigerator in the hopes of finding some cold pizza.

He takes a few steps and then leans against the wall, a piece of furniture, or his master's legs to take a breather because moving all that bulk is hard on the ticker. As you might have guessed, Barney's a dog, a Bouvier, to be specific. Like all Bouviers, he's shaggy and large, but this particular Bouvier happens to be obese.

If you were to clean and jerk Barney's giant bag of dog food onto the counter and read the ingredients, you'd quickly see his biggest problem right there at the top of the ingredient list: corn meal.

The manufacturers of his food have essentially been taking cattle feed and repackaging it as dog food. Ranchers use similar stuff to fatten up steer before they're led to slaughter. Protein's happy face doesn't show up until third on the ingredient list.

Part of Barney's problem is that he just takes in too many calories, much the same as many of his fat human friends all around America. Since 1977, Americans have been ingesting roughly 200 extra calories a day and it's clearly evident in the pasty white paunches, pockmarked jiggling thighs, and elephantine butts we see standing in line in front of us at the supermarket every day.

The major underlying cause of all this artery-clogging blubber relates to what was tops on the list of ingredients in Barney's dog food. Yep, time to point the finger at the quintessential American food – corn.

The Forebearer of the Modern Coffee Break

The story of corn in America, much of which has been laid out by food journalist Michael Pollan, is a fascinating blend of politics, history, economics, and plain old greed.

Pollan has written that America's pretty much always produced a lot of corn. Back in the 1800's, the fertile land west of the Appalachians produced uncommonly high yields of the grain, which manifested itself in cheap corn prices and then cheap corn whiskey.

The evil brew became super cheap and super abundant and the average American began putting away half a pint of the stuff every day. American workers drank it for breakfast, lunch, and dinner, and employers were expected to supply the stuff for their workers during the workday. In fact, according to Pollan, the modern coffee break began as a late-morning whiskey break that was called "the elevenses."

Young America was soon wracked by alcoholism, violence, and all the other societal problems you'd associate with a nation of boozers, but that was just a foreshadowing of the evils to come. 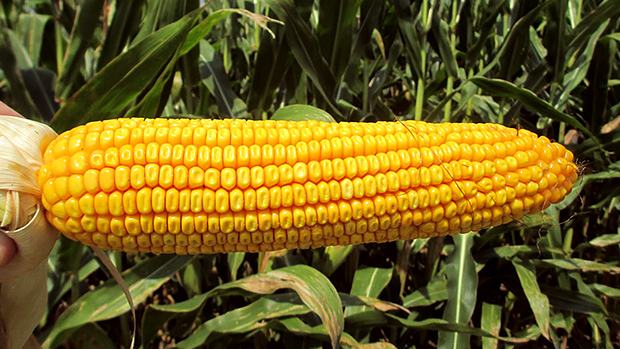 We're currently experiencing another long-term boom in corn production and as a result, cheap corn prices. Consider that in 1930, America was producing 1.7 billion bushels a year, but in the year 2016 we produced roughly 15 billion bushels. While most of it's not being distilled as it was back in the 19th century, it is being turned into products that, in the long run, are just as devastating as grain alcohol.

An abundance of this cheap corn, transformed into corn syrup, is what allowed Coca-Cola to take a seemingly lilliputian (by today's standards) 8-ounce Coke and transform it into a gargantuan 20-ounce serving. Similarly, this abundance of cheap corn syrup fuels society's ceaseless thirst for diabetes-producing soft drinks.

Likewise, cheap corn – fed to cattle – translates into cheap beef, thereby allowing McDonald's and other junk food terrorists to crank out quarter-pounder gut bombs and triple-decker artery cloggers that sometimes sell for less than a dollar. And consider the chicken McNugget, which is first made from corn-fed chicken, then glued together with corn-concocted glue, and finally coated with more uneasily characterized, corn-derived... stuff.

And then there's all the new snack foods that show up on grocery shelves almost weekly. All a result of cheap corn and manufacturers' zeal in putting it to use: Fritos, Doritos, Tostitos, this kind of breakfast puff, that kind of breakfast puff. If you stacked up all the different corn-based foods and snacks, one on top of another, you could... well, you could have a helluva' all-you-can-eat brunch for a whole bunch of fat people.

An Extra 500 Calories a Day

Most of the time, glutting the market with a product results in lowered prices, which usually leads to a slowdown in production. In the case of farmers, once a crop gets too cheap, it costs the farmer more to produce it than he gets back from the market.

To figure out why corn hasn't followed the classic supply and demand model, you have to go back to the seventies (which is exactly when we started elevating our average daily caloric intake).

In 1972, President Nixon signed a grain deal with the Soviet Union. That, and a streak of bad weather in the Midwest, caused a grain shortage, which caused commodity prices to soar. Consumers got royally pissed, taking to the streets to protest. There was even a nationwide meat boycott to protest the high price of our precious hamburger. Nixon's solution was to instruct Earl Butz, the Secretary of Agriculture, to fix the problem any way he could.

Butz' solution was, in short, farm subsidies. Farmers got paid by the government to produce as much grain as they could and dump it on the market regardless of price. Grain, mostly corn, flooded the market. Soon, American farmers were producing 500 additional calories per American per day.

"Each of us is," Pollan wrote, "heroically, managing to pack away about 200 of those extra calories a day. Presumably, the other 300 – most of them in the form of surplus corn – get dumped on overseas markets or turned into ethanol."

Add to that the fact that these extra calories are bad calories – insulin raising, fat storing, diabetes causing calories – and you've got yourself one significant health epidemic. 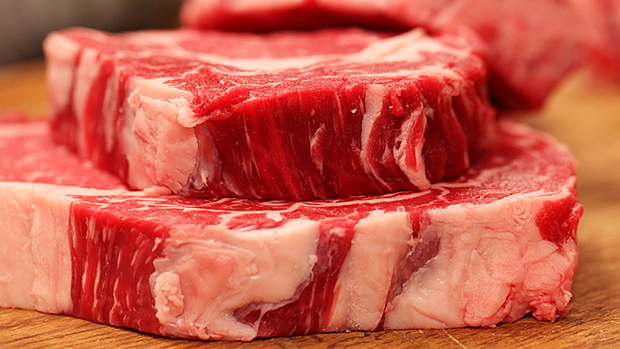 What Pollan Forgot About

While Pollan made a great case for holding corn responsible for the fattening of America, he neglected to talk about corn's other dietary and health-related crimes. To examine these, we first have to look at one of the nation's top corn consumers, the cow.

Prior to World War II, just about all of American beef was grass-fed. In other words, cattle just grazed for the duration of their lives, all the way up to the slaughterhouse. Later, ranchers discovered that feeding cows grain, specifically corn, caused them to fatten up considerably faster. Not only that, but corn-fed cattle produce a meat that's marbled with fat and has a smooth, consistent flavor.

And we can't forget about the economics of corn feeding either. Remember, corn is dirt-cheap. Ranchers like dirt-cheap. Unfortunately, there are problems associated with corn-fed cattle. For one thing, cows are ruminants. That means they chew on grass, swallow it, and it more or less ferments in one section of their stomach before it gets absorbed.

This ruminant system doesn't work so well with corn. The indigenous bovine bacteria don't work as efficiently with corn and it causes the cattle considerable health problems. To keep them from getting too sick – which would prevent them from gaining weight – they're fed antibiotics and hormones.

You may find a few conflicting views on whether any of these drugs get passed on to the meat you eat, but at the very least, this stuff finds its ways into runoff and works its way into waterways and fields, which creates a whole set of separate problems.

Nowadays, most cattle spend an average of 60 to 120 days in feedlots where they're fattened up before being slaughtered. Obviously, most of us know that heavily marbled beef isn't exactly part of a healthy diet but there are other things going on that you need to know about. Feeding cattle corn instead of grass drastically upsets the balance of essential fatty acids found in beef.

While omega-6 fatty acids are important to health, too, bad things happen when the ratio of these fatty acids get altered; namely, the aforementioned maladies.

Many scientists guess that man evolved eating an omega-6 to omega-3 fatty acid ratio of 1 to 1 from both meat and plant sources. An acceptable modem day ratio would be approximately 3 to 1. The trouble is, corn-fed cattle, in various studies, have exhibited ratios of 21 to 1, 11 to 1, and 20 to 1. Not good. Grass-fed cattle, on the other hand, exhibit ratios of 3 or 4 to 1.

Maybe you don't eat a lot of beef, but there are plenty of Americans who do and they're likely the ones that don't exercise or watch their diet at all. In other words, they're the ones most likely to be harmed by this bad beef.

Time to Go Back to the Old Ways

Luckily, some ranchers have gone back to "the old ways" and are raising their cattle strictly on grass. This type of beef is becoming increasingly common in butcher shop display cases.

While the meat tastes a bit different than what Americans are used to, it's leaner, contains correct fatty acid ratios, appreciable amounts of CLA, higher amounts of Vitamin E, and little to no undesirable hormones or antibiotics.

It's almost unthinkable that a single type of grain could cause the obesity epidemic and possibly be at the root of so many health problems, but when you look at the human and canine Barneys all around us, along with the poor health of the country in general, it's hard to come up with a suspect that might be more culpable.

Carb cycling doesn't work the way you think it works. But it can be used to preserve strength, energy and muscle while losing fat. Here's how.
Carbohydrate Control, Diet Strategy, Feeding the Ideal Body, Nutrition & Supplements
Alain Gonzalez April 26 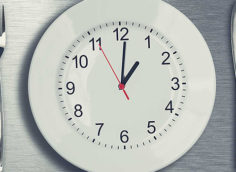 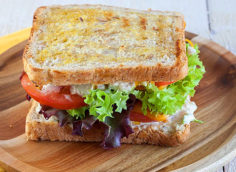