For years, Big Buff Bobby and Dr. James Squatzalot have been fighting over the optimal amount of protein the people of Muscleville should be eating to maximize their gains.

Big Buff Bobby and his crew, the Old School Meatheads, regard the time-honored recommendation of 1-2 grams of protein per pound of bodyweight per day as a sacred law that should never be broken.

However, Dr. Squatzalot and his crew, the MuscleNerds, think the Meatheads are ancient relics that should be purged from the streets of Muscleville. They believe Muscleville should be following the RDAs of 0.3 to 0.8 grams of protein per pound of bodyweight per day and will shed blood to prove it.

The two sides line up, prepared to fight under the ancient laws of combat. Moments before they charge each other, a young voice rings out from the crowd:

Both sides realize the folly of their ways and throw down their axes and machetes. From that day on there was peace in Muscleville because of that brave child who spoke up about the virtues of proper protein digestion.

Getting More Out of Your Protein

Protein is the most important macronutrient to get right whether your goal is building muscle, burning fat, or enhancing performance. Most of us, whether we live in Muscleville or not, seem to agree on that. And we also largely agree that the RDA’s standards for protein are ridiculously low for anyone who wants to build muscle.

Through science, we’ve also overcome the idea that a person can only absorb 20-25 grams of protein per meal. To accommodate this “protein barrier,” we were all compelled to eat 6 to 8 meals a day. Luckily, this notion turned out to be a big myth.

As researchers Schoenfeld and Aragon recommend in a recent review article, protein recommendations should probably be closer to 31-55 grams per meal, spread across four meals (1).

Researchers have also theorized that there’s likely no upper limit to the anabolic response to protein consumed in a single meal (2,3). Eating more protein simply leads to greater protein synthesis (within limits, of course) in addition to leading to further suppression of muscle tissue breakdown.

That’s more great news, but beyond slapping more steak and chicken on our plates and adding a protein shake or two to our daily diets, what can we do to maximize the benefits from the protein we eat?

Like the kid said in my little story, proper absorption trumps everything else. If you can’t digest it, it can’t help you to build muscle. More importantly, if you can’t digest it, it’s going to cause damage to your intestinal tract, inhibit your overall ability to absorb nutrients, and send you into the hurt locker with chronic inflammation.

These tips will help you to maximize the protein you eat by optimizing your digestion: 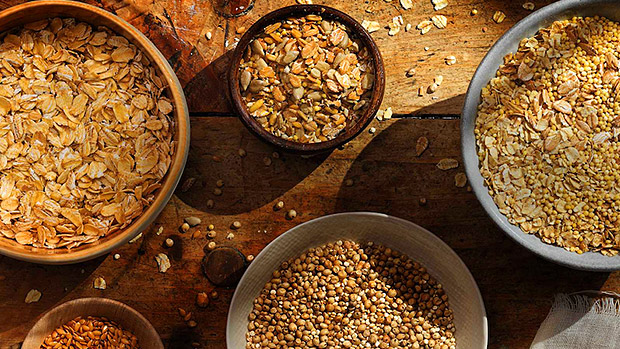 1 – Be Careful of What You’re Eating With Your Protein!

Most T Nation readers are probably well acquainted with the fact that building muscle requires lots of animal protein. What you’re probably not too aware of is that what you eat with that animal protein could affect your ability to digest and absorb it.

Frustratingly, some of the most common “healthy” foods that bodybuilders pack into their Tupperware bowls every day – like oatmeal, beans, brown rice, and quinoa – actually contain anti-nutrients called phytates.

Phytates are irritating compounds that bind themselves to micronutrients and minerals to prevent their absorption. This can lock up vital nutrients like iron, magnesium, and zinc. Phytates can also bind themselves to proteins, rendering them less vulnerable to trypsin and other enzymes that help with digestion (4). This makes protein far less absorbable.

While a single serving of oatmeal, brown rice, beans, or quinoa isn’t going to nullify nutrient absorption altogether, a typical meathead is going to eat a lot more of these foods than the average person.

But don’t worry. Here are some tips that allow you to get your starch and bean fix without interfering with mineral and protein absorption:

With unprocessed grains, seeds, and beans, you may want to take it a step further by fermenting and sprouting them as well. This process can actually increase their nutritive value by causing them to produce vitamin C, vitamin B, and carotene. This is especially true for quinoa, which actually has a complete amino acid profile that you could benefit from, as long as it’s been sprouted.

Note: The sprouting process basically involves soaking things like quinoa for hours, rinsing and repeating, and then allowing it to sprout little threads. Google it if you’re interested.

Digestion starts in the mouth, and the more you chew your food, the more you expose it to saliva-based enzymes that help to break it down before it hits your stomach. This lessens the possibility of undigested food particles entering your intestinal tract and causing damage to your intestinal wall. This leads to inflammation and inflammation leads to achy joints, lower testosterone, and a greater possibility of chronic disease.

This is also true of protein, of course. The fact that you’re getting the perfect amount of protein from grass-fed cows that have been blessed and anointed by a holy cattle-driving shaman doesn’t matter unless you’re chewing that meat properly.

To reinforce this practice, don’t eat while walking around or working. Have your meals while sitting at a table and eat slowly with a fork and knife. After each bite of food, put your fork and knife on the plate and don’t pick them up again until you’ve finished chewing and swallowing. While it sounds formidable, aim for about 40 chews per bite of food. 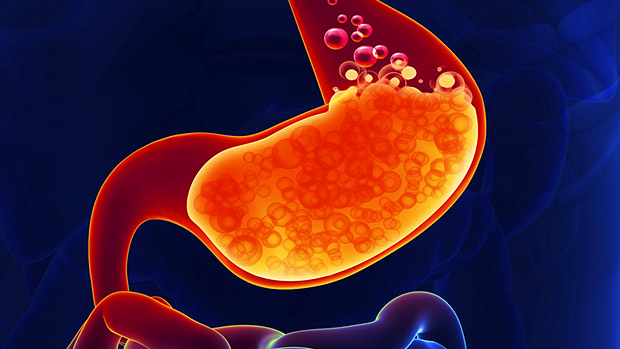 Nobody likes stomach acid because people think it causes heartburn and GERD. I mean if they say it on TV commercials, it’s got to be true, right?

Nope. Most people who suffer from heartburn actually aren’t producing enough stomach acid at baseline levels. This forces the body to produce excess amounts when food enters the stomach.

You also don’t want to be doing anything to inhibit stomach acid production. In fact, hydrochloric acid (HCL) plays a vital role in preparing the protein you eat while it sits in your stomach waiting to move into your duodenum and into your small intestine.

This is crucial because the small intestine is where around 90% of all nutrient absorption occurs, but it isn’t able to do its job efficiently unless HCL has sufficiently begun the process of breaking that food down. Without enough HCL, you’ll be literally flushing a lot of the protein you eat down the toilet while potentially damaging your intestinal walls.

As such, avoid antacids! As I wrote in Do NOT Use This, antacids can interfere with protein absorption and in the long run make indigestion even worse.

Also, if it’s not too much of a pain, wait 15 minutes after a meal and then go for a 20-minute walk. Studies demonstrate that this can increase the rate of gastric emptying, which will help you to avoid any heartburn or GERD (6). 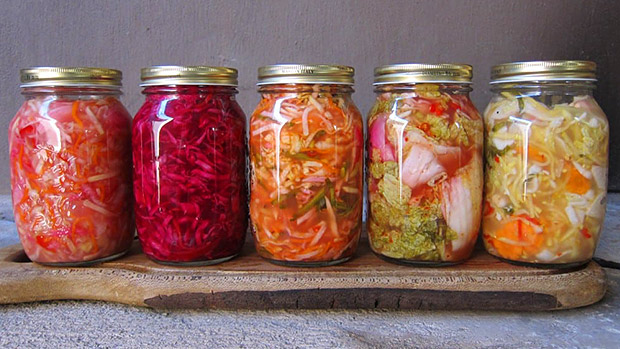 Probiotics are the friendly bacteria that live in your digestive tract. They’re known to aid with digestion and help you maintain a healthy digestive system, but they can also help you get more out of your protein. In fact, consuming 100 billion CFUs (colony forming units) with protein has been shown to increase leucine absorption by as much as 20% (7).

To reap their benefits, try supplementing with at least 100 billion CFUs twice a day. When choosing brands, make sure they’re refrigerated or packed with ice when they’re shipped. Consuming capsules full of dead bacteria won’t help you.

In addition, add a serving of fermented foods to each meal you eat. This will aid in keeping a permanent population of friendly bacteria in your gut. Foods like raw sauerkraut, kimchi, and drinks like kefir and kombucha are loaded with live probiotics that can be your allies in the quest for muscle and strength.