Every so often I run into someone with the metabolism of a hummingbird on methamphetamine. They’re lean, wiry, and have trouble putting on solid weight. Often they’ll have a tremendous appetite and can put a serious hurt on the dollar menu at McDonalds, yet still never make noticeable progress on the scale. As a result, despite training their boney asses off, they look about the same, year after year.

If you’re part of the hard gaining club, this article will explore a few methods to help you start seeing measurable progress from your bodybuilding efforts.

The thyroid gland, a small butterfly shaped organ located in the front of your neck, controls how your body uses energy and how your body responds to hormone signaling. It’s the master control center of metabolism in the body.

If you took everyone in the world and plotted their metabolisms on a graph, you’d end up with a bell shaped curve. Most people are clustered somewhere in the middle (towards the top of the bell curve) with “average metabolisms.”

Because of their freakishly fast metabolisms, hardgainers need to keep a close eye on both the “calories in” and the “calories out” part of the metabolic equation.

Calories are the energy we derive from foods. Simply put, hardgainers need more calories than folks with normal metabolisms, and they need those higher calories on a regular basis. For weight gain, a good starting point for a hardgainer would be 20 calories per pound of bodyweight. For example, if you weigh 150 pounds, start with 3,000 calories per day.

Many will need more than that, but 20 is a good starting point. If you’re not gaining weight after a consistent two weeks at 20, bump the multiplier up to 22 or more. (Some with extremely freakish metabolisms can actually lose weight at 20 calories per pound of body weight!)

Note: I said two consistent weeks, not “eat a bunch for a day or two, then start skipping meals.” Consistency is the pitfall of many novice bodybuilders, especially those with freakish metabolisms. A week’s worth of great eating can be ruined simply by indulging in a wannabe rock-star weekend of missed meals, staying out late, and the usual lifestyle trappings of the recreational douchebag.

Prioritize your goals. If you want to be the freak in the gym, you’re going to have to sacrifice a bit of your social life to get there. The long term reward will be well worth it.

Some Tips for Staying Consistent

Calories need to be high for hard-gainers, but what should those calories be composed of? What sort of macronutrient breakdown? I’ve found that with hardgaining clients, a heavy dose of all three macros – carbs, protein, and fat – is the best approach.

Many lifters still shy away from dietary fat, thinking that it will only make them fat, but fat is necessary for building muscle and maintaining optimal health. And because it’s over twice as calorically dense as the other two macronutrients (9 calories per gram versus 4 for carbs and protein), it packs an energy wallop.

I like to see hardgainers consume at least 25% of their calories from fats (a mixture of saturated and unsaturated sources) and sometimes upwards of 30-35%. The remaining calories should be distributed between carbs and protein, around 30 to 40% of each.

Though fruits and vegetables certainly have their place in a well-balanced diet, don’t stuff yourself with mammoth salads and fruit baskets and expect to be hitting the upper levels of calorie consumption. You won’t have enough room for the stuff that truly packs on the mass. 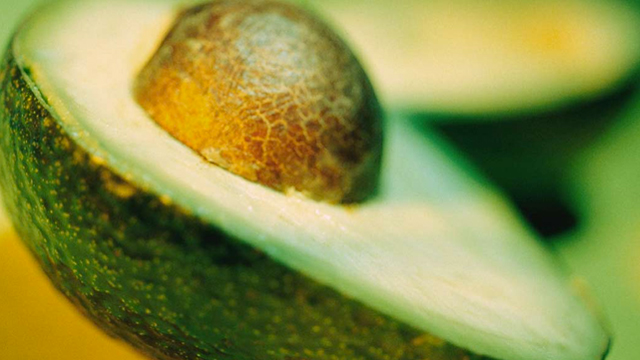 To most people reading TNation this is a no-brainer. Pre, during, and post workout nutrition are critical to packing on size, regardless of your metabolism. If you’re a hardgainer, it’s even more important. Make sure you pound high quality nutrients at these times to optimize the results of your work in the gym. Liquid nutrition is an easy way to knock back much-needed calories. Plazma™ in particular has received astounding feedback from real-life lifters. It would make sense to start there.

Eating frequently will ensure you get sufficient calories without the need to make any meals uncomfortably large. Every two hours works well for most, but if you’re hungry don’t be afraid to eat more often than that. Many are hungrier at certain times of the day (like post workout, or in the morning), so take advantage of what your body is telling you and eat as frequently as hunger dictates.

Along with daily meals, a good method to squeeze in additional growth-promoting calories is to have a “night shake” that you sip before bed and finish when you awaken during the night to use the bathroom. A high quality protein powder like Metabolic Drive® Low Carb mixed with extra virgin olive oil or macadamia nut oil provides 50-100 grams of muscle building protein, along with a manageable amount of quality calories.

If all else fails, stop at McDonald’s. (Just kidding. Sorta.)

While I don’t advocate eating a bunch of crap to get in your daily allotment of calories, sometimes it’s easier (and more enjoyable) to have some “non-bodybuilding food” rather than choke down another chicken breast with rice. For my hardgaining clients looking to pack on mass, I usually have them take two “cheat meals” per week (Wednesday night and Saturday night, for example) in which they can eat whatever they want – pizza, ice cream, burgers, etc. This not only helps ensure they get in the necessary calories, it also provides a nice mental break from the drudgery of bodybuilding eating.

I advise these meals replace the last meal of the day. This way, they don’t derail a whole day’s worth of eating.

Hardgainers burn more calories both at rest and during activity than the average individual. Too much “calories out” can bring progress to a screeching halt. To mitigate this, I suggest the following:

If you perform more activity than recommended above, or if you have a physically demanding job, your calories IN (through diet) needs to be even higher, possibly in the range of 25 calories per pound of bodyweight.

Also, remember not to skimp on recovery. Ample sleep, naps, and R&R time is crucial to making consistent gains. Shoot for at least 7-8 hours every night, and try to fit in a nap after your workout if possible. Even a short 15-20 minute nap can make a difference in the long run.

But I’m Starting To Look Fat

A common concern of the hardgainer crowd is that once they start adding weight, they lose their beloved washboard abs. You’re going to have to let go of this mindset if you want to make muscular progress. Holding an extra film of water from higher calories doesn’t mean you’re piling on fat, it just means you’re keeping your body in a state of abundance so it can grow.

The freaks you see on the cover of FLEX magazine with more rips and cuts than a Detroit bus seat are within a few weeks of their competition condition. They don’t stay like that year round. Offseason bodybuilders often look more like powerlifters than what you see in the magazine spreads. Holding some extra weight also helps with strength. More girth and bloat equals better leverages and better strength in the gym.

Don’t worry, when it comes time to lean out, your stellar metabolism will shed the fluff very quickly, but for now, use it to your advantage.

Remember, abs on a skinny guy are like big boobs on a fat chick. They don’t count.

Hardgainers have to be diligent with diet consistency if they hope to take their physiques to freakish proportions, but they also have the upper hand over their heavier-set competitors when it comes time to get shredded. Follow the guidelines I outlined above and even those with the freakiest of metabolisms can start putting on quality weight.