Your diet failed. You blame the macronutrient ratio, the calories, the timing, the supplements, and Aunt Mary's organic brownies.

But maybe it's not the diet that failed. Maybe it's you. The diet didn't work because of your own self-sabotaging mental habits. These are the most common, and often surprising, causes for diet failure. Here's how to avoid them.

1 – You Attach Negativity to Dieting

Until the "pros" list wins, your diet will never truly succeed.

To champions, dieting means improvement, achievement, and winning. That greatly outweighs the occasional cravings and the social inconveniences. Dieting, to them, isn't something that generates negative thoughts. It's a tool for success. It's what they do and who they are.

If you want to win at the dieting game, you have to learn to associate pleasure with dieting – the pleasure of losing fat, gaining muscle, appealing to the opposite sex, winning your competition. When these pleasures outweigh the pain of dieting, you'll no longer have issues.

Revisit your list of pros and cons often, especially if you start to feel the pull of the "dark side."

When the people I coach tell me they're struggling with their diets, I tell them to think about why they started in the first place. What motivated them to make a change? Why did they contact me to begin with?

They started the diet for a reason, and usually just a simple reminder of what compelled them to start is enough to get them back on track.

Very simply put, you either want it or you don't.

2 – You Have Analysis Paralysis

I see this on forums all the time – guys trying to construct the "perfect diet," making sure that everything lines up (including the stars) so that it burns off all their fat while simultaneously adding slabs of ungodly muscle mass.

They take aspects of carb cycling, mix it with a keto diet, add in a sprinkle of carb back-loading, maybe some Jenny Craig... and pretty soon they just have a big pile of shit.

There is no universally perfect diet. There never will be. And what works great for you this week probably won't work for you next week. So rather than wasting your time and energy trying to make sure everything is perfect, just get to work and let the pieces fall into place on their own.

Yes, you need to spend some time putting together a sensible plan, but don't turn it into some massive research project that prevents you from ever getting the ball rolling. Procrastination manifests itself in many ways, and "analysis paralysis" is one of the most potent.

Clients often come to me with some of the most harebrained, complicated diet and supplement plans, comprised of about 90% extraneous bullshit and 10% fundamentals.

I change the ratio to 90% fundamentals and 10% "special tweaks" and suddenly they start moving towards their goals again. 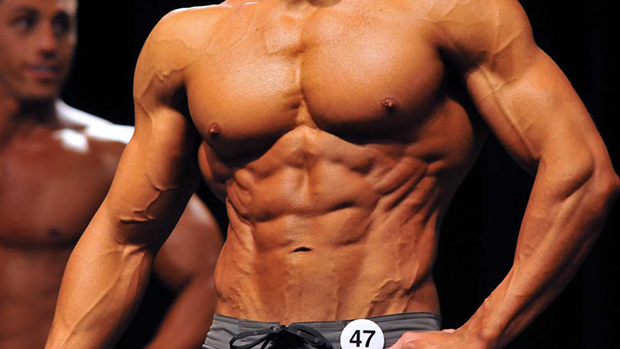 Inundated with infomercials, magazine articles, and slick sales pitches, we, as a society have come to expect radical physique improvements in minimal time, and with minimal effort. Anything that takes more than a couple days wears our patience thin.

Now, granted, there are some diets, training approaches, and supplements that will help you reach your goals much faster than others, but the bottom line is that an awesome physique takes years to build. There's no way to get around that.

It doesn't work that way, folks. You can only rush a diet so much before you run into problems with maintaining muscle and strength, keeping metabolism elevated, etc.

Realize up front that the task at hand will not come easily, nor will it come quickly. The sooner you realize that, and the sooner you get to work, the faster you'll get to your goal.

When I get ready for a show, I'm already leaner than most, but I still give myself 16 weeks or more to dial things in properly. This is the only way to come in at my best.

Remember that bodybuilding is a marathon, not a sprint. The best guys are the ones that figure out how to stay consistent for the long haul. Ronnie Coleman had been an IFBB pro for six years before he won his first pro show.

4 – You're Hanging Out with the Wrong Crowd

Does your social life reinforce the wrong habits? What do your friends do for fun? Do they have similar interests as you in terms of building muscle and losing fat? Or do they like hanging out at the bar, watching football and eating pizza, and gaming?

Occasionally having a beer with some friends is one thing, but getting hammered a few nights a week, sleeping in until noon, and missing the first three meals of the day will definitely crush any chance you have at building a respectable physique.

The crowd you hang out with will impact what you do and who you become in a major way, so make sure you choose wisely. Having peers with similar interests and goals will propel you toward your own goals much faster.

Weed out the people (and activities) that hold you back from being your best. The sooner, the better.

I first got into bodybuilding at age 19. A lot of my peers wasted their time drinking, smoking pot, and engaging in various other non-productive activities.

This was fun for a while, but I quickly realized that if I wanted to make anything of myself in this sport, I was going to have to get to work. I immersed myself in bodybuilding, learning everything I could about diet and training.

Yes, I might have lost some "friends" in the process, but I made new friends, ones with similar goals and interests as me, which helped move me towards my goals much more efficiently.

5 – You Compare Yourself to Others

It's human nature to make comparisons, but they'll get the best of you if you don't watch yourself.

Comparisons are good if they make you step out of your comfort zone and step up your game. If you see a guy in the gym with arms twice the size of your legs, use that as motivation to work harder and eat smarter. Realize that time and effort went into building those arms, and commit to doing the same.

Comparisons are not good when they make you feel inadequate, limited, or like you'll never reach your goals. If you see a guy with an awesome, ripped physique, it's not productive to think, "I'll never have genetics like that!" or "I'd look like that too if I took drugs and spent my whole day training!"

Toss the rationalizations if you want to make real changes.

It's important to remember that successful people had to bust ass for a long time to get where they are. They had to suffer innumerable trials and setbacks in the process. It's easy to just focus on their successes, what we see right here, right now, but that's never the whole story.

Make sure you're using comparisons to leverage your success, rather than hinder it.

As a competitor, it's extremely easy for me to get caught up in the comparison game. There are so many awesome physiques at the national level, physiques that are light years ahead of mine.

Rather than letting this slow me down, I look at the guys that are better than me and try to figure out how they got there. Perhaps they've been in the game longer, or they're using a better diet or training approach. Whatever it is, if I want to reach my personal best I need to figure it out and take advantage of it.

Our life is determined by the choices we make and how we respond to the situations we're faced with. Make sure your choices and responses are in line with your values and goals.