I honestly can’t stick to a rigid training program. I never have in my whole life. I’ve tried many times but never stuck with it for more than two weeks.

I personally need to experiment and “play with” various training methods to keep my motivation up. And even when I follow a fairly strict plan I need to know that I’ll be able to change things up if I want or need to.

Some would call that “training ADD” or “program hopping.” I don’t see it that way.

Training ADD is when you’re always changing the way you train without rhyme or reason. I have a goal and stick to a general type of training and a specific approach, but I must give myself options.

Are You a Programmer or Problem Solver?

Most lifters have either have a “programmer” or a “problem solver” psychological profile.

This lifter will respond well to a rigid, pre-planned program. He’ll actually get a jolt of motivation when he talks about his “programming.” (I, on the other hand, hate that word with a vengeance.)

The programmer is comfortable in a more rigidly planned program. He actually finds it motivating to know well in advance what he has to do on a daily basis.

Knowing the weights he has to hit gets him amped up to train to reach those numbers. And every time he hits them his motivation grows.

Having the whole training process planned out for a long period gives him security. This itself can be very motivating.

This lifter will feel trapped when using such a rigid approach and needs to be able to tackle a specific issue he’s working hard to fix.

The problem solver doesn’t really think in the long term. Sure, he has a long-term goal, but he sees the training process as a succession of problems to solve to reach that goal.

He loves to intellectualize each training session to find exactly what needs improvement. Nothing pleases him more than modifying his training to better address a specific thing he “discovered.”

He gets pissed off, or at least demotivated, when he’s stuck in a rigid plan where he can’t devote his effort to fixing something that’s not to his liking. It’s made even worse by knowing that for the next several months he’ll have to do the work planned and nothing else.

That can eventually become “heavy” psychologically, and it kills his training motivation.

So, which one are you? 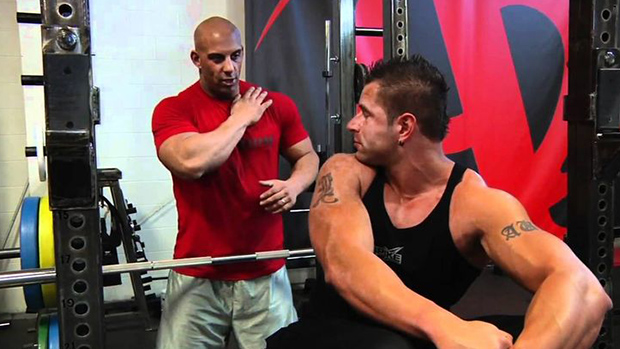 Geeking Out on Training

I’m the second type, the problem solver. One of the athletes, Alex Vigneault (a CrossFit athlete who just qualified for the Games) is the same way.

After 3-4 weeks of sticking to a plan he starts to show signs of mental breakdown. If I give him the option of doing some of his own stuff he stays motivated and performs better.

We’re both training geeks. We love learning how the body is affected by training, what method does what, practicing new techniques, perfecting lifting form, etc.

Training geeks, those for whom the experience is as important as the actual results they’re getting, need to be able to play with their training program to stay motivated over the long run.

If you force them to follow a rigid plan they’ll lose their motivation to train, even if they’re getting great results!

Those who thrive on a rigid training plan like to “just do it” and not have to think about it. To them, training isn’t about understanding, learning, or experimenting. It’s about hard work and getting the job done.

If you put them on a program where they can make choices, analyze, and adapt, you’ll take them out of their comfort zone and they’ll lose motivation.

Neither. Both can get results. You need to know which one you are. And if you’re a coach, you need to figure out which category your athletes fall into.

There have been elite athletes and coaches on both side of the fence. It’s just a matter of knowing your type and making the choices that will allow you to stay motivated. Just be honest with yourself about your “type.”

You’ve heard the old saying, those who fail to plan are planning to fail.

Those who fail to get and stay motivated plan to fail.

Motivation is the first, second, and third most important thing you need to get results. Lose that and you won’t get optimal results for long.

Anything that gets you motivated to train hard, that gets you amped up and eager to get to the gym, will give your amazing results.

And for many people, it’s always finding a new toy to play with or not knowing what the challenge of the day will be until arriving in the gym. CrossFit classes for example.

Regardless of what gets your juices flowing, find it, and don’t let others detract you from how you want to train. Anything that gets you to train hard works.