All the experts agreed it was a record that would never be broken. No one was ever going to break the NFL's all-time passing touchdowns records, but Peyton Manning accomplished that very thing. But if you don't follow football, why should you care?

The simple answer? Success leaves clues. And if I can double up on my inspirational quotes, "A wise man is someone who learns from all men." With that in mind, I'm going to juxtapose Peyton Manning's amazing accomplishment to your own weight-loss or physique transformation goals.

Let's look at the record itself, the record that "could not be broken."

Not only did Peyton Manning break the record, but he did it in fewer games, with fewer passing attempts and fewer interceptions. What does this represent? It represents mastery of the hardest skill position in all of sports.

What can you learn from it in relation to your goals? Plenty!

Peyton Manning is legendary throughout the NFL for his preparation, and preparation is simply an investment in the "process of readiness."

How many of you are masters of preparation when it comes to your own fitness and diet-goals? I'm constantly amazed at the number of people who write to tell me that they ran out of the diet foods they were supposed to eat, or they were in a situation where they weren't prepared so they had to eat whatever garbage was on hand.

It took Peyton Manning over 15 years to break this record. He did it by preparing for one week's single game, and then the next, and the next. That's how you accomplish long-term achievements – you prepare for today and then you prepare for tomorrow with a nod to short-term ends, not long-term fantasies.

Preparation is the investment in the process, not the outcome. True mastery is composed of remaining in that reality.

People who fail to maintain fat-loss or muscle-building goals never learn this lesson.

It's not like Peyton Manning went into the NFL draft as a rookie and said, "I'm going to break the all-time TD passing record some day." That would've been ridiculous. The record didn't even exist yet.

What's the lesson for you? Do you look way down the road at some scale weight you aspire to? That kind of thinking takes you away from investing in the process and instead makes you more invested in the outcome.

Peyton Manning has that intangible. When it comes to your own fitness goals, focusing on the end result you hope to get to "some day" takes focus away from what you need to invest in today.

There are going to be big mistakes and small mistakes in any undertaking.

Peyton Manning's preparation is legendary, but that didn't prevent him from making mistakes. He's made many, and one of his biggest was the interception he threw in the Super Bowl against New Orleans that likely cost his team the game.

However, it can be argued that his team wouldn't have even made it to the Super Bowl that year if it wasn't for Manning's stellar play during the season and the preparation that fed it.

It brings to mind this question: Are you a "fault collector," or do you pay equal attention to the things you're doing right – things you should never take for granted.

For a master like Manning, mistakes are a form of feedback, as are accomplishments. They both feed the learning and preparation process for next time. In your own physique or performance goals, do you allow for the fact that there are going to be mistakes, sometimes small and sometimes big?

Manning had setbacks. Like his mistakes, some were minor and some were major. Manning missed all of the 2011 season. He had not one, not two, not three, but four separate neck surgeries that took him out of the game. There were questions about whether he could ever play at that level again.

When you suffer a setback in diet or training, do you just give up and say "This isn't for me," or "I'm never going through this again." That's a defeatist, stinkin' thinkin' attitude.

Four neck surgeries couldn't keep Peyton from coming back better than ever. What allowed him to come back so strong was his investment in preparation. In fact, it's likely the only thing that was able to take him back to that level of mastery.

No one hands you anything in professional athletics. There are no secrets. You either perform at a pro level or what you did yesterday means very little.

Mastery of preparation begets a level of self-efficacy that cannot be achieved any other way. You can't "read your way to it." And self-efficacy means investing in your own strengths and emphasizing them.

One look at Manning and you know he's not the best athlete on the field, nor is he the fastest, the strongest, the fittest, or the most agile or coordinated. And yet he won the league MVP a record four times – something that has also never been done before.

The capacity to be a master of preparation is a talent that can be learned and honed by anyone. Yet, how many lifters have I known who frustrate themselves by focusing more on their weaknesses than their strengths, focusing more on the things that are out of reach rather than the tamable things within their reach?

Manning was never one to define himself by his athletic limitations. Do you? Once again, quality of mindset determines quality of behavior.

Most people don't know this, but Peyton Manning has a very deep respect for his craft that goes beyond his role as a player playing football.

He's known to write very heartfelt, hand-written letters to former players thanking them for their contributions to the game he loves. He respects the craft beyond his own participation in it.

Now, am I saying you should all go out and write thank-you notes to your favorite bodybuilder or athlete? Not at all. But you could benefit from learning to see the lifting and training game as something greater than formulas and recipes for goal-attainment. It's a craft and you can be a craftsman within it.

Football, for example, is a game of X's and O's, but it also involves the human element. It's so much more than simple formulas and instant solutions. Ignoring that shows a lack of respect for the craft and ignorance of what it can do for you beyond your role of participating in it. Any endeavor that celebrates the human spirit can be character building.

In fact, it should be character building. I marvel at just how much the game, sport, and "craft" of football is a reflection and microcosm of real-life.

Anything you do in the name of physique transformation – and how you do it – also tells you plenty about who you are and how you approach life. Seeing this game as a craft to practice and experience takes you way beyond the limited thinking of "X's and O's" and magic guru agendas.

There are many lessons in "how" Peyton Manning went out and broke the record that could not be broken. I mentioned just a few, but it all starts with process of preparation and your attitude towards it, knowing that if you take care of your "right now" then your "down the road" will take care of itself.

The real masters of their craft demonstrate that quality of mindset determines quality of behavior, and that great physical achievements are often the result of the mental and emotional fitness behind them, not the other way around. 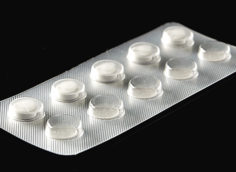 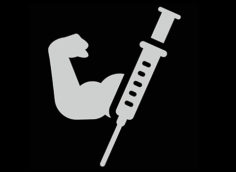 Who's natural and who's not? The answer isn't always clear, but here are the seven signs of steroid use.
Living Better, TRT
Christian Thibaudeau March 12 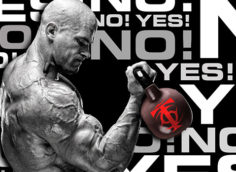