Note: Since this article was first published in the year 2000, it’s become kind of the unofficial T Nation Christmas card. This year Chris gave it an update for 2014 and beyond. Enjoy, and have a great Christmas!

“So, what are you doing for a living these days?” Bob asked me.

We were sitting on the couch at one of those tedious holiday get-togethers, the ones where you’re supposed to be nice to family members you never see except during major holidays and funerals.

Bob looked at me with an empty expression on his face.

Blank stare. Deer caught in the headlights. A politician during a teleprompter glitch.

“Oh,” Bob finally said, “Like bodybuilding and stuff? I don’t have time to lift weights all day and all that crap, but I have been meaning to get rid of this beer belly.”

He took another sip of beer. “What do you suggest?” Sip.

Bob swilled his Natural Light, smoked a cigarette, and waited for an answer. I tried to figure out how I could explain to the average guy what the typical T Nation reader does and why he does it. How could I get him to understand what it is we do? 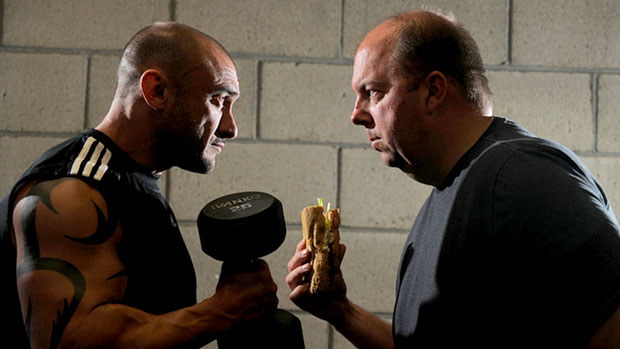 I took a deep breath and told him something like this:

“Well, Bob, you could use the term ‘bodybuilding’ if you really need a label. Most of us actually don’t stand on stage, though. We lift weights and manipulate our diets so that we’ll look good naked and kick ass. Sure, it’s healthy too, and we’ll probably live a longer and more productive life than the average guy, but it goes beyond that.

“Brace yourself, Bob, but we do it in part because of people like you. We look at you sitting there with your gut hanging over your belt and we watch you struggle just getting out of a chair. Guys like you are our inspiration.

“We love it when you talk about not having time to exercise. Every time we see you munching on a bag of Oreos, you inspire us. You’re our shot in the arm, our wake-up call.

“You want to know what it is we do? We overcome.

“We like to watch ‘normal’ people tell us about how they can’t get into shape. We smile and nod sympathetically like we feel your pain, but actually, we’re thinking that you need to grow a spine and join a gym.

“You smile sheepishly and say that you just can’t stay motivated. We listen to you whine. We watch you look for the easy way out. Because of people like you, we never miss a workout.

“You ask us for advice about diet and training and usually we politely offer some guidance, but deep inside we know you won’t take it. You know that too. We smile and say, ‘Hope that helps. Good luck!’ but we know most people won’t listen. Once they hear it takes hard work, sacrifice, and discipline, they tune us out.

“We know they wanted us to say that building a strong, athletic body is easy, but it just isn’t. Ten minutes a day using the latest infomercial workout doesn’t do it. A strong body does not cost five easy payments of $39.95.

“We like that while you’re eating a candy bar and drinking Mountain Dew, we’re enjoying a protein shake. That makes it taste even better. While you’re asleep we’re either getting up early or staying up late, hitting the iron, pushing ourselves, learning, succeeding and failing and rising above the norm with every rep.

“Can you feel that, Bob? Can you relate? No? Good. This wouldn’t be half as fun if you could.

“When we’re in the gym, we’re in this indescribable, euphoric zone. It’s a feeling of being on, of being completely alive. Within this haze of pleasure and pain, there’s knowledge and power, self-discipline and self-reliance.

“If you do it long enough, there’s even enlightenment. Sometimes, the answers to questions you didn’t even know you had are sitting there on those rubber mats, disguised as iron plates and bent bars.

“Want to lose that beer belly, Bob? I have a nutty idea. Put down the fucking beer.

“I’ll tell you what, Bob. Christmas morning I’m getting up early and hitting the iron. The gym will be closed, so I’m lifting out in the garage. You be at my house at six, okay? I’ll be glad to help you get started on a weight training program. It’ll be colder than Hillary Clinton’s coochie in there, so dress warm.

“But let me tell you something, Bob. If you don’t show up, don’t bother asking me again. And don’t ever sit there and bitch about your beer belly again.

“This is your chance to climb out of that cage. If you don’t show up, you’ve learned an important lesson about yourself, haven’t you? You won’t like that lesson.

“You won’t like that feeling or that taste in your mouth. It’ll taste worse than defeat. Defeat is pretty nasty, but what you’ll be tasting will be even more bitter. It will be the knowledge that you’re weak, mentally and physically. It will be knowing that not trying has become your default reaction to life’s challenges.

“Don’t look at me like that either. This may be the best Christmas present you’ll get this year. Next year when I see you again, I’m going to try to be a little bigger, a little stronger, and a little leaner. What will you be? Will you still be making excuses?

“This is a gift, Bob. What do you say? Christmas morning, before the kids wake up, hot coffee and cold barbells at my house?” 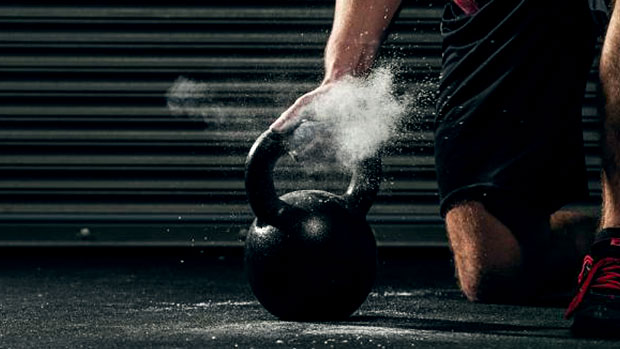 The Best Time is Now

Maybe that’s not the exact words I used, but you get the idea.

Will Bob show up? I don’t know, but he’ll probably take me off his Christmas card list. I think he’s just stuck in a rut, and as the saying goes, the only difference between a rut and a grave is depth.

The way out of the rut is to make major changes in your life, most of which won’t be too pleasant in the beginning.

If you’re a regular T Nation reader, I doubt you need to be called out. But maybe you’ve caught yourself slacking. Maybe you’ve missed a few workouts or you started a little too early on the usual holiday feasting, like, say, back in September.

Just remember that the time to start working on that next goal is now. The time to get rid of those bad habits that hold you back is now. You want to look totally different by next Christmas? Start now.

This isn’t because of any corny New Year’s resolution either. If you were serious about that resolution, you’d be doing it already. The best time for productive action is always now.

This time of year, I want you to enjoy being with your family. Open presents, tip back one on New Year’s Eve, and have some good meals. But if your regularly scheduled workout happens to fall on a holiday, what will you be doing at six o’clock that morning?

Related:
5 Secrets of the Relentless