We live in an interesting era. It’s an era in which food selection can actually define you as a person. It shouldn’t, but if you’re looking for significance or purpose, it’s an easy way to feel like you’ve found it.

This new phenomenon was catalyzed by the explosion of social media. We can now broadcast our chosen identities for the world to see. This leads many to fabricate a persona that’ll garner attention, respect, and admiration.

It’s easy to use your diet to gain “social points” and feel more significant… far easier than actually helping someone in real life.

Those who make their diet a part of their identity will defend any perceived attack on it. After all, if anyone argues against that diet, they’re attacking the identity of the dieter. Even the most objective, science-based, unemotional argument is perceived as a vicious personal attack.

In fact, the better supported the argument is, the more it hurts. Remember, you’re now attacking a person’s core identity. Any perspective rooted in truth hurts a lot more than half-truths or opinions.

All extreme diet groups have a large number of these “diet as identity” members. Keto and veganism are the two most represented. By their nature, diets based on exclusion (exclusion of certain food groups or nutrients) attract more extreme people who are more likely to build their eating styles into who they are.

Why Can’t Your Diet Be Your Identity?

It prevents you from being objective when it comes to nutrition. Any opposing view, even if there’s a lot to support it, must be destroyed. And if it’s impossible to counter it with facts, that’s when personal attacks, virtue signaling, and shady ethical associations come into play.

Vegans are worse than other groups in that regard because they feel morally superior for not “eating dead animals.” Go ahead, argue with a vegan. The moment you bring up a scientific fact supporting the consumption of meat, the discussion will turn to ethics in a matter of seconds. When a vegan suddenly changes the topic to the ethical issue, you know you actually won the debate. That’s all they’ve got.

Sure, extreme diets can have positive effects and can work for some people, but they also carry a greater risk of creating nutritional deficiencies that could lead to health issues. These diets are not adequate for every person and every goal. For example, keto and veganism aren’t optimal for maximizing muscle growth and strength development.

Every extreme diet has shortcomings. These are well documented. Knowing and accepting these shortcomings would actually allow you to adjust your nutrition to make it better.

But for those who make their diet their identity, admitting that their nutritional approach is flawed hurts just as much as admitting they’re flawed themselves. It’s something many people just can’t do.

Extreme dieters can be annoying. I’ve seen plenty of them lose close friends who couldn’t stand being preached to all the time. When it comes to the point where your way of eating is more important to you than long-lasting friendships, you might have a profound problem.

The extremists will rationalize it by saying they have new friends in their diet community. But really, these aren’t their friends. It’s just people getting together to feel better about their own beliefs and (because it’s part of their identity) about themselves. It’s an ego-boosting circle jerk, and everyone is just waiting their turn.

The way you eat to survive, thrive, and enjoy yourself should never become part of who you are. I have no problem with anybody following the diet they desire; keto, vegan, intermittent fasting, Zone, IIFYM, or photosynthesis for all I care. You do you.

But I do have a problem when you try to convert people around you, or make people who aren’t eating the same as you feel bad or morally inferior, or start making personal attacks to take over a debate you can’t win with facts and logic. 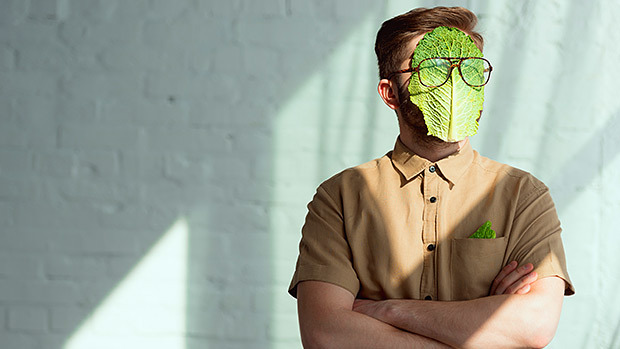 There’s no such thing as a universally perfect diet that works best for everyone under all circumstances. But at the same time, every (reasonable) diet can work. It can work better for some and worse for others. It can be very effective for certain goals but sub-optimal for others.

You can use certain types of diets for a limited period to achieve a specific physiological objective. For example, I’ll often use a keto phase at the beginning of a fat-loss plan to improve insulin sensitivity, reduce water retention, and up-regulate the enzymes responsible for mobilizing fat and using it for fuel. But I rarely keep someone on a keto-style diet for long since the drawbacks will quickly start to materialize.

I’ll also use intermittent fasting from time to time. It actually fits my preferred eating pattern and makes me more productive throughout the day by increasing adrenaline. When I give a seminar I always intermittent fast because it boosts my performance.

But that increased energy and focus from intermittent fasting is due to higher adrenaline levels. The issue? This is caused by higher cortisol levels (cortisol increases the conversion of noradrenaline into adrenaline). More cortisol can make it harder to build muscle or maintain muscle mass in a fat loss phase. Too much adrenaline for too long can burn out the beta-adrenergic receptors, leading to a feeling of burnout.

Intermittent fasting is certainly not a good way of eating for high stress/anxious people as adrenaline will magnify their issues.

Nutrition isn’t just about fat loss and weight gain. It’s about feeling good and being healthy. The type of foods you eat make a difference. Nutrition can have an impact on brain chemistry and on how you feel.

For example, higher carbs normally leads to lower adrenaline levels, which calms you down. On the flip side, low blood sugar (low-carb or fasted period) will lead to higher adrenaline levels. If you need to get amped up more easily, you can eat low-carb meals then have carbs later when you need to calm down, like in the evening.

The more anxious someone is, the less adrenaline he wants. Anxiety is the brain going too fast for you, and adrenaline is the main neurotransmitter than amps up the brain. For these folks, a low-carb diet is a bad idea. They need higher carbs. It’s not just about calories in versus calories out.

Why do some people feel great on a keto diet while others become borderline depressed? We all have a different brain chemistry. For some, a keto diet will make that chemistry better (for a while) and for others it will make it worse. The same could be said with other ways of eating.

No diet is optimal for everyone or every goal. The moment you associate yourself with a single way of eating, you paint yourself into a corner when you have issues to fix.

Think about the raw vegans who start to have health issues because of nutritional deficiencies. A lot of them refuse to modify their diets – even after they get medical advice to do so – because they built their identities around it.

You Are NOT What You Eat

Food is something you need to survive and live optimally. It’s also a source of enjoyment. But it’s not who you are.

It doesn’t prove whether you’re a good person or not. You’re not morally superior if you eat a certain way. Nobody cares if you’re a vegan/keto/carnivore/faster, etc.

Preaching and trying to convert others is annoying. Most people won’t tell you that. They’ll just feign interest and smile (and later avoid you).

Subconsciously, you’re only doing it to feel better about yourself or feel reassured in your beliefs. Try to think objectively about it for a minute. Is it normal to take more pride in the way you eat than in your professional accomplishments? Is it normal to put your diet above your friends or to make food one of the largest parts of your life?