If you've been in this game long enough, it's very likely you've read Arnold's Encyclopedia of Modern Bodybuilding. In it, Arnold wrote about the various splits he used in the heyday of his training.

One of his most common splits was training chest and back together. He'd just go back and forth between exercises for the chest and back. He did the same for other opposing body parts, too, like biceps and triceps.

Arnold's lessons have endured the test of time and experience. Studies have confirmed that pressing strength increases dramatically by working or even statically stretching the antagonist muscles between sets of benching. Additionally, strength experts have used this method very effectively for increasing strength in their athletes for quite some time.

It's also far more time efficient than doing a traditional model of training, where you do all of your pressing movements in succession, followed by your support/assistance movements afterwards.

Agonist/antagonist training also ensures that you're doing enough work for both sides of the body so that you build and/or maintain muscular balance. Similarly, you don't want to get too "press heavy" (overdeveloped front delts that contributes to poor posture) and you want to make sure the hamstrings get as much work as the quadriceps.

Another factor in putting this all together is how to go about moving in between exercises. Arnold would often superset between his pushing and pulling movements. However, a rest between movements can prove far more beneficial.

Try doing a set of bench presses, followed by a 2-3 minute rest before proceeding to the pulling movement. Then rest again for 2-3 minutes before going back to benching. This is called alternating sets, and I've found it to be far more beneficial in regards to increasing strength than supersetting the agonist/antagonist movements.

However, if you're short on time, you can still superset the movements. Just be ready to work your ass off, though. Supersetting big movements for high volume isn't for the faint of heart.

One thing you can do to make these principles work more efficiently is to take the limbs through a similar plane in order to work the agonist and antagonist movements. You also want the body to be in exact opposing positions.

This makes sure that the muscles in direct opposition to the prime movers are hit more directly. This not only takes better advantage of all the principles laid out above, but also offers more muscular balance because you'll distribute the same amount of volume between agonist/antagonist ranges of motion.

Now that the principles for agonist/antagonist training have been laid out, let's combine them into a hugely effective but easy-to-digest split and program.

In fact, if you adhere to your time between sets and don't screw around, you'll be able to get all your work in under an hour, or thereabouts, and you'll have gotten in far more work than doing traditional straight sets with one movement.

Take advantage of these principles and you'll find yourself bigger and stronger in a few months.

Remember, you'll ideally be doing these in an alternating fashion, going between the first exercise and then the second after resting a few minutes. If pressed for time, superset them with little to no rest.

* Squat — done alone, without alternating a movement in between.

New to lifting? Here are some common mistakes to avoid and a simple plan for getting strong.
Powerlifting & Strength, Tips, Training
Aaron Fick October 24

How to build strong and healthy shoulders.
It Hurts Fix It, Shoulders, Training
Eric Cressey May 9 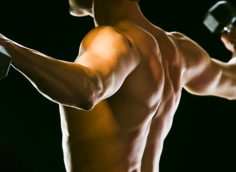 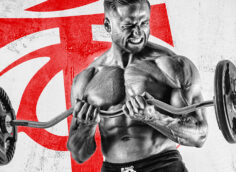 Hit a plateau with your arm workout? Then light up your biceps in a whole new way with these fresh exercises and smart training methods.
Arms, Bodybuilding
Bradford Cooke July 4