Building the shoulders up isn't easy. The deltoids wrap around your shoulder like armor, which means that it's impossible to build muscular thickness from front to back with any one lift.

The delts are traditionally described as three muscle heads – anterior, middle, and posterior – but there are really seven individual segments. As for deltoid muscle fiber type, the delts seem to have a mixed fiber type, so training the delts needs to incorporate both heavy loads and lighter loads.

The King of the Deltoid Exercises 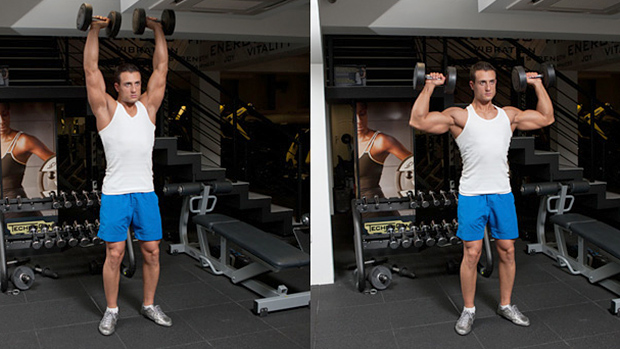 The bench press produces very high muscle activity in the anterior deltoid, nearly as high as in the pectoralis major (Schick et al. 2010). This is true of horizontal bench presses, but it's particularly true of incline bench presses. Inclines will target both the anterior and middle delts the most. There's no need to get too technical here; just use your strongest bench angle above 30 degrees and use the widest grip you can without adversely affecting your strength (Barnett et al. 1995). 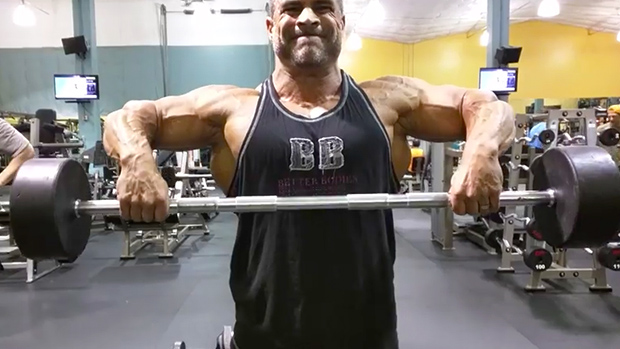 Try using a wider grip or a rope handle to make it easier to perform, or just stop the lift earlier by not pulling too high. What's more, upright rows with a wide grip better shift the emphasis to the middle deltoid and away from the biceps and trapezius (McAllister et al. 2013).

Hit it with snatch-grip high pulls.

The act of loading the shoulder while it moves out to the side of the body is necessary for activating the middle deltoid. The middle delt displays its strongest force-producing potential between 60 and 120 degrees of shoulder abduction. So, to absolutely torch this head of the muscle, use the lateral raise and make the mid-range of the movement the hardest part. A popular technique here is using some body English to gain momentum to overload the peak contraction. 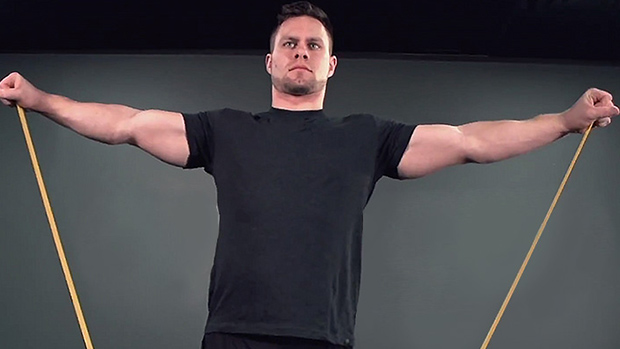 Something slightly more refined but probably just as effective as the dumbbell version is elastic resistance (Anderson et al. 2010). Performing the lateral raise with a band stresses the muscle more in the mid-range, where it's most active. It also means you can spend more time pushing against the peak contraction with the greatest load rather than being pulled back through the eccentric (lowering) portion with a dumbbell. 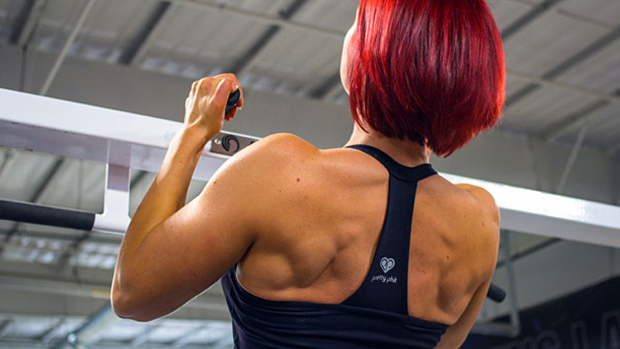 The posterior deltoid isn't as stubborn as the middle delt and it still gets involved during most compound movements. It's moderately active during both seated rows and vertical pulls (Botton et al. 2013), but if you really want to make those posterior deltoids pop, then choose your grip carefully. Perform the neutral chin-up, or narrow-grip neutral pulldown instead of the wider grip variations (Signorile et al. 2002). 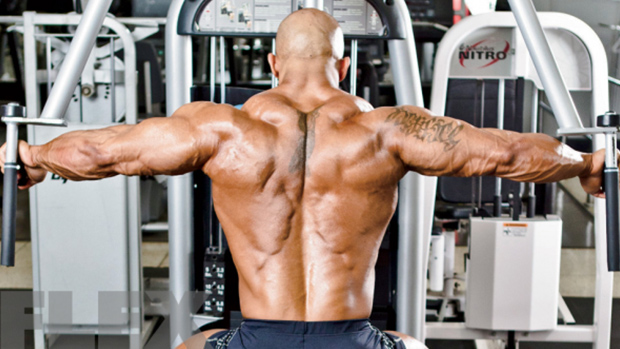 The best way to train the posterior deltoid is with a heavy dose of both compound and isolation work. The research shows that the reverse pec deck is king. However, you can probably extend that recommendation to include dumbbell and cable rear-delt flyes, too.

There's a 90 percent chance you're doing lunges or split squats incorrectly. Here's where you're going wrong and how to do them right.
Bodybuilding, Legs, Training
Joel Seedman, PhD December 15

It's perhaps the best glute builder on the planet. Here's a simple way to make it even more effective.
Tips, Training
Bret Contreras March 30