I love ramping – gradually activating the nervous system with progressively heavier sets before I hit maximum performance on the last set. In the past I've also used wave loading a lot, which is another very effective way to boost strength.

However, despite its efficacy, wave loading is a sub-optimal way to train, at least the way most people approach it. It doesn't even take full advantage of the principle behind it, namely post-tetanic potentiation. I've got a better way to wave load, and it's guaranteed to make you a lot stronger, fast.

Wave loading is a simple loading scheme in which one "wave" has 3 progressively heavier sets with a corresponding decrease in reps.

If you're able to successfully complete a wave, you move on to the next one, but it has to be slightly heavier than the preceding wave. That being said, you stop the exercise as soon as you fail to complete a set. Even if you have 1 or 2 sets left in a wave, you stop the moment you fail.

The theory behind wave loading revolves around post-tetanic potentiation. Simply, a maximal contraction potentiates/activates the nervous system, which increases your capacity to recruit muscle fibers and produce force for roughly 3-5 minutes.

In other words, by doing a maximal or near-maximal contraction, you can do more reps or perform at a higher level on the subsequent set, provided the fatigue isn't excessive. And wave loading takes advantage of this, just not optimally.

The problem is that the "potentiation" set comes with the heaviest set, which is performed at the end of the wave. While this maximal set effectively ramps you up for the next wave, you also accumulate fatigue, which results in failure to optimally engage the nervous system in successive waves.

Ladders: The New Way to Potentiate

Traditional ladders are another effective way to activate the nervous system. However, they accomplish this by increasing the difficulty of the sets – namely the number of reps – without modifying the load.

I much prefer this approach. When you repeat the same weight for two sets in a row, the second set always feels easier, provided you didn't get too fatigued from the first set.

In other words, with ladders you can gradually ramp up the intensity without gassing out, which ultimately helps you reach a higher rep peak than if you went all-out every set. 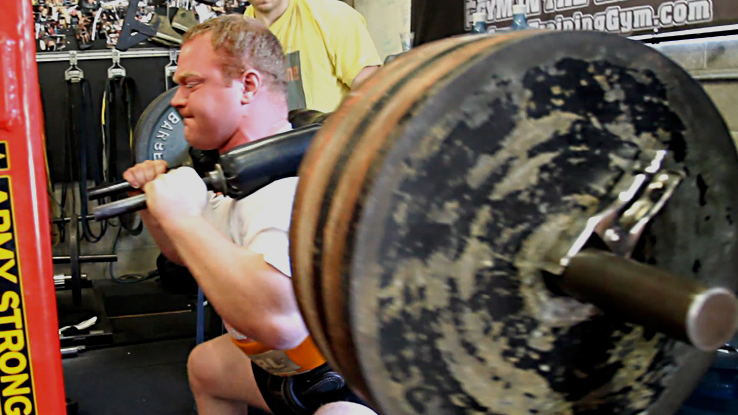 The Wave-Ladder is obviously a hybrid of the two methods. It also uses 3-set waves but instead of adding weight with each set within a wave, you add reps. When you successfully complete a wave, you start a new one with a bit more weight.

The rules are the same as with regular waves: when you can successfully complete a whole wave, you start a new one with 10-20 pounds more, and when you can't complete a set, even if the wave isn't finished, you stop.

What Weight Do I Use?

Most people can use 90% of their 1RM for 3 repetitions. The first wave is fairly conservative as it's primarily used to amp up the nervous system and warm-up the movement pattern.

As such, I recommend starting the first wave with 85% of your maximum. If you're unsure what your maximum is, then err on the safe side. In other words, it's better to start the first wave too light than too heavy since you can always compensate by increasing the weight appropriately for that second wave. But start too heavy and you've just painted yourself into a corner.

Warming-up for the Wave Ladders

Starting off with 85% of your max is asking for trouble. It takes about 3 sets with a weight above 60% to get you ready to function at a high level on any movement. Some will need 4 sets but very few will need less than 3. (Those that do have very efficient nervous systems, and are typically the types we call "wired").

However, while we want to get ready for the work sets, we don't want to get excessively fatigued because that will hinder performance. Since the highest rep number we'll do during the wave-ladder is 3, we'll generally stick with sets of 3 reps for the warm-up.

Note: The warm-up sets are intended to get you ready for the work sets. It's not only about getting "warmed-up" per se (oiling up the joints and bringing blood into the muscles), it's also about fine tuning your lifting technique; making sure your coordination is perfect when you start the work sets.

Keep in mind that every warm-up set, even those with just the empty barbell, should be done with 100% focus on technique, tension, and proper body position during the lift!

The best progression model to follow is linear progression. However, be mindful not to increase the load too fast. You must totally master the weight you're using now before adding more weight.

Remember, the slower you can progress the weights while still growing and making the workouts hard, the longer you'll progress – and the stronger you'll be at the end. To that end, an optimal progression scheme when using this system would be to add 5 pounds to the starting wave every third workout.

Just don't forget, with wave-ladders, as long as you can complete a wave, you can start a new one. So if during a workout you successfully complete the third wave, you're entitled to start a fourth one with 2-3% more weight, even a fifth one if you're on fire that day.

But never increase the starting weight (and subsequently the weight for the second and third waves) sooner than every third workout.

This system will increase your strength very quickly but if your goal is to maximize size, it's best used in conjunction with some density work performed immediately after.

Here are a couple of examples of how you could employ density work after doing Wave Ladders:

Such combinations will get you stronger, bigger, and leaner, fast. 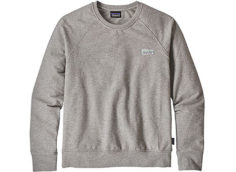 Train your back and arms with zero equipment... except maybe the shirt off your back. Here's how.
Training
Drew Murphy May 20

This unique and challenging training method improves strength and performance and even fixes shoulder problems. Here's how to do it.
Kettlebell Training, Powerlifting & Strength, Training
Joel Seedman, PhD January 21

A strong core is a requirement for the big lifts. Strengthen and build yours with this exercise.
Abs, Exercise Coaching, Tips
Jason Brown June 20