We knew we were looking at something special when we opened
the huge honkin’ file in our inbox. For us training wonks,
articles like this one that discuss the science behind training
(along with giving us incredibly useful information) are pure
heaven.

Trouble was, this article, at over 7,000 words, was a bit too
much heaven. So, in order to spare your gray matter (and we’re
not talking about your underwear) and keep our servers from blowing
up, we’ve split this article into 4 parts.

You’ve made it through three parts of this article, but
hopefully you’ve got the patience for just a little bit more
of my training philosophy!

Principle #7: Vary Your Training Often… But Not too Often!

Rarely do you see someone changing their workout at an optimal
frequency. They either change their workouts too often (the “I want
to try that program I read about today” phenomenon) or not often
enough (the “I can stay on the same routine longer than the same
woman” phenomenon).

Both of these knuckleheads have it wrong.

If you don’t change your program often enough, your body will
fully adapt to it and as a result the workout won’t represent a
challenge anymore. When it stops being a challenge, there’s no need
for the body to adapt, change, and grow.

If you change it too often, then you never actually give your
body a chance to progress from a program. The one universal rule of
gaining size or strength is progression. Every week you must become
a bit better and work a little harder. But it’s kind of hard to
show progress when you never stick to a program for more than one
week.

As a rule of thumb, you should stick to a program for four to
six weeks. After that, switch to a new one. There’s no need to
change every single training variable, though. Generally, the less
progress you’re making at the end of your current program, the more
changes you should make on your next one.

Principle #8: Progression is the Real Key to Success

The real secret to building muscle and strength is to progress. You must challenge your body on a consistent basis
and find ways to progressively ask more of it. If you do the same
thing over and over, you’ll still look the same ten years from
now.

Now, there’s more than one way to progress. What we’re looking
for are ways to make our bodies work harder. This is progress, and
it’s what’ll lead to growth. Here are a few ways to make your body
work harder.

1. Increase the load: You can challenge your body by adding
weight to the bar and performing the same number of reps per set.
For example, if you did 225 pounds for ten reps on the bench press
last week and put up 230 for ten this week, you’ve forced your body
to work harder.

Obviously, this method of progression has its limitations. You
can’t just keep adding weight to the bar every week and expect your
body to adapt. You’d increase your bench press by 260 pounds a year
simply by adding five pounds to the bar per week if this were
possible. Unfortunately, it’s not.

This first method of progression, while it can be used with any
exercise, is better suited for compound movements. 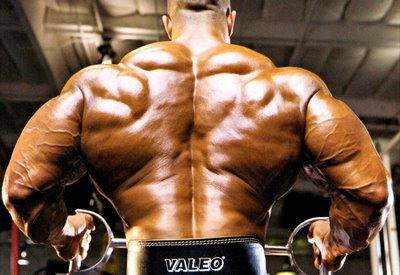 2. Increase the reps: Another way to make your body work harder
is to do more reps per set with the same weight. For example, if
last week you did 225 for ten reps and this week you do 225 for 12
reps, you’ve progressed. Just like with the previous method, you
can’t add reps like this every week.

Let’s say you perform four sets of ten reps on the bench
press:

As you can see, even though the same top weight was reached
during both workouts, on week two you lifted five pounds more on
average. This is progression!

4. Increase training density: You can also progress by
increasing the amount of work you perform per unit of time. This
refers to decreasing the rest between sets while using the same
weight. By reducing rest intervals, your body is forced to work
harder and recruit more muscle fibers due to the cumulative fatigue
phenomenon.

This method of progression is better suited for either a fat
loss program (in which case it can be used with any exercise) or
isolation movements during a mass-gaining phase.

5. Increase training volume: This is probably the simplest
progression method. If you want to make your body do more work,
then do more work! This means adding sets for each muscle group.
For example, on week one you might perform nine work sets for a
muscle group and bump it to 12 on week two and 14 on week
three.

While this can work, it shouldn’t be abused, as it can lead to
overtraining. Most trainees should stick to no more than 12 total
sets per muscle group 90% of the time.

6. Use intensive training methods: The occasional inclusion of
methods such as drop sets, rest/pause sets, tempo contrast,
iso-dynamic contrast, supersets, and compound sets is another way
of making your body work harder. It also shouldn’t be abused, as it
constitutes tremendous stress on the muscular and nervous
systems.

Furthermore, intensive methods, as we saw earlier, should be
used to accomplish a specific purpose, not to trash the muscle for
the sake of trashing it!

7. Use more challenging exercises: If you’re used to doing all
your training on machines, then move up to free weights. You’ll
force your body to work harder because you have to stabilize the
load. If you use only isolation exercises and start including
multi-joint movements, you’ll also make your body work harder
because of the intermuscular coordination factor. 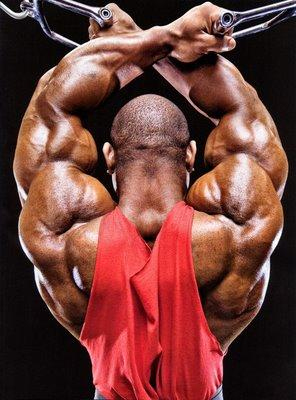 8. Produce more tension in the targeted muscle group: It’s one
thing to lift the weight; it’s another to lift it correctly in
order to build size! As I often say, when training to build muscle,
you’re not lifting weights; you’re contracting your muscles
against a resistance. You can improve the quality of your sets,
thus making your body work harder, by always trying to flex the
target muscle as hard as possible throughout the duration of each
rep.

This method should only be used with isolation exercises.

9. Increase the time under tension by lowering the weight under
control: I’m not a huge fan of precise tempo recommendations, as I
find that they can interfere with training concentration. However,
when a muscle is under constant tension for a relatively longer
period of time (45 to 70 seconds), more hypertrophy can be
stimulated.

The best way to do this without having to use less weight is to
lower the weight even slower, while still focusing on tensing the
muscles as hard as possible the whole time.

10. Increase the lifting speed: The concentric part of a
strength training movement is where you’re “lifting” the weight. In
that phase of the contraction, the force formula applies:

If you lift a certain weight with greater acceleration, you
increase the amount of force you produce, thus making the set
harder.

It takes a lot more force to throw a baseball 50 yards than to
throw it five feet. The weight is the same, but you must accelerate
the ball more. More acceleration equals more force.

This method of progression is best used for Olympic lifts,
ballistic exercises, speed lifts, and the like.

As you can see, there are several ways that you can use to
improve the quality and demand of your workouts on a weekly basis.
The more often you can progress, the more you’ll grow, period!

There You Have It

With proper application of my general principles, you’ll be able
to crank up your growth. However, the individualization factor
still remains the basis of my system. This is why in the future
I’ll talk about how to assess your own needs and select the proper
exercises and methods that’ll lead to the greatest rate of progress
possible.