It’s time for the madness to stop.

For some reason, unilateral exercises have become all the rage lately, taking front and center in many a workout program. But there just isn’t any real life evidence available to back up this practice.

It’s time to put the brakes on this fad and elucidate why, now and forever, bilateral exercises rule.

Common examples of a unilateral exercise would be a one-arm dumbbell press, a one-arm push-up, a one-arm biceps curl, a single-leg deadlift, and a pistol (one-legged squat).

Common examples of a bilateral movement would be a barbell squat, barbell deadlift, and barbell bench press.

Every popular standardized strength test or strength competition is focused around a bilateral movement. Powerlifting is made up of the squat, bench press, and deadlift, all performed with a barbell, and barbell lifts by their very nature are essentially always bilateral.

Olympic lifting is made up of the snatch and the clean and jerk, both lifts again performed with a barbell. The Crossfit total is similar to powerlifting, but substitutes the military press for the bench press, and again, uses a barbell. Standing and strict curl competitions are becoming more and more popular, and they’re done with a barbell (or EZ bar, which is the same thing for our purposes). Push-ups, pull-ups, and dips are popular, effective, and are all bilateral movements. 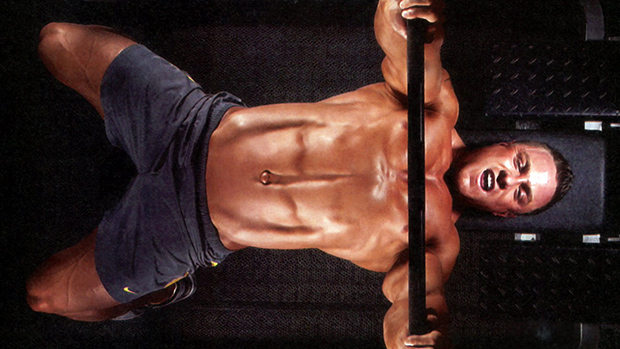 Now let’s look at that in reverse:

Here’s how I look at the transfer of skill from one exercise to another. Let’s say a person could deadlift 600 pounds, which would be excellent. Then you show this lifter how to do a single-leg deadlift, giving them ten minutes to practice. How will they do?

On this particular example, they’d do pretty well. Certainly, their performance would improve if they had three months to practice, but that hypothetical person is going to do 225 pounds on the single-leg deadlift their first day if they try hard. That means that a regular deadlift will have a reasonably decent transfer over to a single-leg deadlift.

Not all exercises have a strong relationship to each other even if they use similar muscles.

For example, I’ve found there to be very little correlation, perhaps even a negative correlation, in comparing one’s ability to squat versus their ability to perform a pistol. I’ve seen very good squatters who can squat four, five, or six hundred pounds, and they can’t do one proper pistol.

Another indisputable fact in favor of bilateral exercises is that you can lift more weight with them in almost all instances. To see how prevalent this is, look back at the list of exercises presented and their single-limb counterparts.

I already know the answer is no because I’ve never even seen anyone do a pistol with over 200 pounds, and I’ve seen a ton of 400-plus squatters.

And don’t try to compare a lunge or a rear foot elevated split squat to a squat. You have to make many faulty jumps in logic to argue that those exercises involving a split stance aren’t two legged exercises, as the non-working leg is really working quite a bit.

Don’t believe me? Then suspend the back leg with a mini-band hanging from the rack instead of supporting it on a box and see what happens to your weight. Suddenly, that exercise will look like a pistol because that’s what a true single-leg exercise is. You can’t have a one-and-a-half limb exercise and then try to compare those weights to a bilateral exercise. 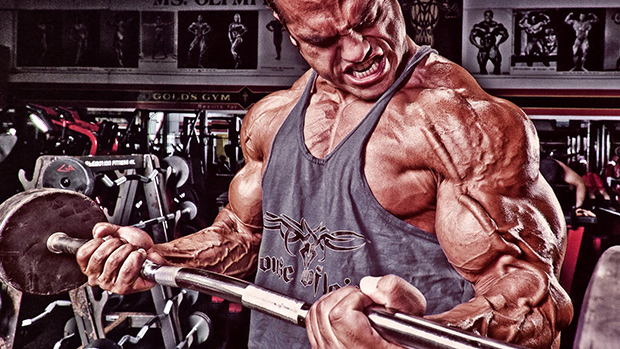 And About That Bilateral Deficit Thing…

Some people in favor of performing primarily unilateral exercises will bring up the concept of the bilateral deficit, which says that the maximum force exerted bilaterally will be less than the sum of the two individual limbs working separately. Basically, if you could dumbbell curl 40 pounds in each hand, but you could only do a barbell curl with 60 pounds, that’d be a bilateral deficit.

Studies that support the bilateral deficit are usually focused around untrained people using the leg extension machine, and they often note this deficit goes away with training. The argument is you can send more action potentials (nervous energy) to just one side of your body if you don’t have to divide up those action potentials between both sides of your body.

But let’s not overlook the fact that the leg extension machine is a very unusual machine in that your stability on it isn’t sacrificed by going to one leg. In almost all other examples, removing one leg (or arm) will greatly reduce stability, and as Bret Contreras astutely noted, stabilization increases muscle activation.

It’s also a little ironic to me that the primary proponents of unilateral training are usually “functional trainers,” and yet they’re citing research that comes from working on the leg extension, perhaps the most non-functional piece of equipment in the gym.

I’ve given you have many examples where it’s clear there’s no bilateral deficit, and indeed, a unilateral deficit is far more common, but now even researchers are starting to question the validity of the original conclusion.(1)

And in the few examples where doing something with one limb (almost always an arm) generates more force than half of the bilateral total, I argue that it’s almost all due to biomechanics, and it isn’t neuromuscular in nature. Most people know it’s easier to curl just one dumbbell at a time instead of two, but that’s because you slightly cheat by twisting and leaning into that dumbbell to lift more weight, not because your biceps can suddenly generate that much more force.

Go ahead and chalk up the bilateral deficit as being rarely applicable, if ever, and move on with your life.

I said above that you lift more weight with a bilateral movement. This is a huge positive for many reasons. The higher the skill of a lift, the more it’ll transfer over to other activities. This is why being an exceptional squatter also improves your leg press, but the reverse isn’t true. The act of lifting weights doesn’t require that much skill, but something people often forget is that as the weight goes up, so does the skill required to do that activity.

Squatting the bar is easy for almost anybody, but 315 is kind of tough, 495 is bad ass, and 675 makes you world class (as long as you don’t weigh 675 at the same time). If you know somebody who can squat 675 raw and deep, you know they’ll be good at almost any leg exercise you can think of in the gym. That’s the transfer of skill.

Lifting more weight is also beneficial for another very important reason. The more weight you lift, the greater the physiological changes in your body. Again, squatting the bar is nice, but it isn’t going to change how you look. But keep adding weight and suddenly you have the power to change your physique.

Look at powerlifters, bodybuilders, Olympic lifters, and strongmen. It’ll be obvious to all that they lift, and that they lift heavy. Now, look at those people that are masters of the unilateral movements. Small and lean comes to mind. That’s fine if that’s the look you’re going for, but I’ll ask the question, is that look a better look than that of a powerlifter, Olympic lifter, or bodybuilder in the same weight class?

If you want to change your body, and who doesn’t, you need to move some serious iron, and there’s no better way to do that than by focusing on bilateral movements.

At this point, you may be thinking, “This dude is a weirdo. Does he unilaterally hate unilateral movements?” The answer is no, not at all.

By their very nature, unilateral movements are assistance exercises, not core exercises. You don’t serve a sweet Thanksgiving dinner without a big fat turkey in the middle of the table, and you don’t get big, strong, or improve your performance without first focusing on the key bilateral movements in the gym.

Why? Because bilateral exercises rule.