The Turkish Get Up or TGU is difficult to classify. We're used to dealing with movements that work individual muscles or have only one major step to complete. But the TGU is different.

It's a highly dynamic movement that has a huge carryover to lifting heavy things. It does this by encapsulating a series of movements where you go from lying down to standing up with a kettlebell or dumbbell without crushing your skull.

Strong guys tend to be somewhat humbled by the healthy dose of reality this little complex movement provides, but it's just what the doctor ordered to help take their stability, core strength, and mobility to the next level.

Increased shoulder stability is one of the biggest benefits of TGU's. The cool thing is that they require the arm to be held in a stable position while moving through multiple planes of motion, finding points of stability in both anterior, lateral, and overhead positions, all while propping yourself up on one hand and transitioning from lying to kneeling.

You also have to stabilize the kettlebell from rotating around your wrist, which takes a lot of rotator cuff involvement, making this a much more involved shoulder training movement compared to endless external rotations with a band.

TGU's also bring a lot of hip and core action into the picture. You have to have freedom to move through large ranges of motion without compromising your structural integrity, losing balance, or wearing the bell like a lip ring. It also requires a good deal of strength and control to lock into positions and not fall over, all while breathing regularly to stay relaxed.

Speaking of relaxed, it's a somewhat forgotten aspect of this exercise. You don't work yourself up to a foaming, frothing rage like you do for a deadlift. Instead, its balance and control yin works in opposition of the yang of heavy max lifts.

The TGU is invaluable in that it's one of the few exercises where you're required to slow down and think about how you move, and not just pushing so much weight you come close to exploding every blood vessel in your body.

Lie on your side and pull the weight tight. From there, roll to your back and press the weight up with one arm to a full and locked-out elbow. That elbow shouldn't bend until the weight hits the floor again.

This position can provide a couple of challenges to lifters who've had previous shoulder injuries. Doing a simple screwdriver from your back is a great way to work on shoulder control if you're not ready to progress further. (The shoulder rotates in its socket through a full of a range of motion as you try to control the bell.)

If you're holding the bell with your left arm, the foot of your left leg should be flat on the floor with bent knee. The other leg should be positioned straight out. You'll now need to roll over onto your free elbow and pull yourself up, but with an arm raised and a weight over your head.

A lot of people try to make this a rotating sit-up by using their abs to do most of the work. They end up kicking up that stretched-out leg and flailing around. Instead of doing something that's incredibly hard and makes you look like a tool, try a simpler version.

Use that flat foot on the ground and press it down, which causes your hips to roll over in the direction from which you initially picked the bell off the floor. Make sure the bell stays vertical over your shoulder.

This hip roll move should involve minimal spinal motion. Instead, focus on getting strong glute extension on one side to help roll and propel you up onto your elbow. This position will be short lived, however, as you triceps press yourself up so that palm is flat on the ground.

The one-sided hip extension roll can be used for reps with people who have some sleepy glutes or who have a bit of a cranky low back and need to spend some time working on stabilizing their spine under hip extension.

The torso is supported on the ground, there's little compressive or shear forces as long as you're driving the work from the glutes, and the core has to brace to allow a transfer of force from the hips through the shoulder.

This is where the wheels typically fall off for most people. If the first two steps were basic math, the third is apparently calculus. You either get it or you don't.

Keeping the bell straight up, the foot flat, and the palm on the ground, transfer your weight to your hand and lift your hips off the ground. Your hips could lift as little as 3 inches or you could be a show-off and lift them 3 feet if you feel like it. It doesn't matter; just lift your hips.

Once you've done that, bring your knee back in line with the hand and foot that are on the ground, while the other foot slides back and points in the general direction of your flat foot. This winds up giving you a base of support that involves your hand, knee, opposing foot, and a cheering audience marveling at your awesomeness.

Make sure your shoulders aren't rolled forward during this side bent position. Forward rolled shoulders mean you're pretty much relying on your biceps tendons to hold your shoulder together, so try to think about pulling the shoulders back and into their respective sockets. This will make bearing the load of the bell much easier.

Once in a stable side bent position, shift your weight over your hips so that you can lift your hand off the floor. This half kneeling position with a weight overhead is a fun adventure for anyone with a lateral instability and it's a big challenge for folks who have hip, back, or thoracic issues. It's going to make your instability really apparent.

This is the least complex step, but it's also the hardest. With your core and hips braced hard, press up into a standing position and bring your feet together so you look like the Statue of Liberty instead of a jacked bro holding a weight. Revel in your awesomeness.

Congratulations, you just stood up. Now you have to get back down to the floor without dropping the weight on your face. It's hard enough for meatheads to meet people, so don't make it harder by having a caved-in face. Just follow the steps in reverse, which is infinitely easier than trying to recite the alphabet backwards.

Oh, and don't forget to practice it on the other side, too, unless you just want to be unilaterally awesome.

If there's a specific step in the movement that causes some problems, the cool thing is you'll be able to isolate those steps and then spend some time working on them. For instance, let's say the roll-over causes your low back to hurt. Odds are you're trying to do a sit up instead of a hip roll, so back off the crunch train and get your roll on.

If your shoulder hurts when you get to the side-bent position, you're probably not positioning your shoulder properly, so you could work on doing that hip slide repeatedly to work it out.

If everything feels off, drop to a lighter weight and start working on basic patterns, ideally with someone who knows what they're doing and can watch you move through it.

If the movement seems ridiculously easy, try using a bigger weight. Then try to upgrade to holding the handle with the weight above the hand in a bottoms-up position.

Still too easy? Try a 2-kettlebell get up, or as I call it, the "Turducken Get Up," because there's a lot of juicy layers of meaty movement excellence all in one slick package.

The TGU works exceptionally well as a general warm up before any heavier lifts, but also as a great cool-down exercise.

It can also act as a "filler" exercise between sets of heavier and more metabolically challenging activities. It's sort of like shooting free throws in basketball. You might have just sprinted to get up the court, but now you have to relax a bit and shoot true.

A strong core is a requirement for the big lifts. Strengthen and build yours with this exercise.
Abs, Exercise Coaching, Tips
Jason Brown June 20 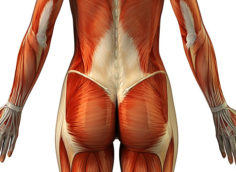 Get ready to lift. Use this happy-hips combo before your next lower-body workout.
Training
Tom Morrison October 4 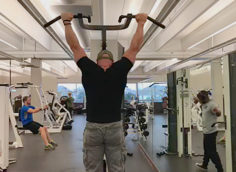 Yes, do your regular pull-ups. But finish off with an assisted machine to get more reps and build volume.
Back, Bodybuilding, Exercise Coaching, Tips
Paul Carter January 25
When I look at all the questions that people send me, one of the more common themes I notice is confusion around the topic of putting together your weekly training cycle. So for my first edition of The Staley Strategies, I thought I'd elaborate on one of my all-time favorite strategies (this one being a tactic, technically speaking): the A-B split.
Training
Charles Staley December 21