Anterior pelvic tilt is a common postural position where a person’s low back appears to arch significantly while standing. Anyone afflicted with APT will always look like his gut is protruding and his butt is sticking out.

APT can also significantly limit your deadlift and even lead to a back injury, which will make you either stop lifting or become that annoying guy who can’t stop talking about his sore back.

How Does APT Affect Your Deadlift?

Most lifters with APT have a small hinge in the mid back, a point where they tend to bend when they move. It’s almost unnoticeable (you have to really be watching closely to see it), but when you’re pulling hundreds of pounds off the floor, even a little mid-back bend is a problem.

Interestingly, it’s a bend in the opposite direction most are concerned about. You often hear that you shouldn’t round your back when you deadlift, which is sage advice, but extending your back during a deadlift isn’t great either. Even a little bend means a loss of tension – and when you lose tension, you lose strength.

What’s The Cause of APT?

Strengthening the lower abs as a means to fight APT makes little sense. The abs attach the ribs to the pelvis, and if the abs get stronger, won’t they just pull on the ribcage more?

Perhaps the problem with APT isn’t that the lower abs are weak, but that the hip flexors are stronger or shorter (or both) than the abdominals. If the hip flexor is too strong and kicks in when standing, it will pull the front of the pelvis down into APT.

Another possible culprit is the hamstrings. If they’re weak or stretched long, they can neglect to do their job in keeping the superior posterior pelvis in alignment. And since we’re talking about hip flexors and hamstrings, we also have to talk about glutes. Hip flexor troubles often occur in tandem with weak glutes, and weak hamstrings can be the result of weak or poorly patterned glutes.

Finally, what if APT is just a habit? If a person’s been hinging at L5 (or somewhere in the lumbar region) since he was seven years old, it’s now so ingrained that he just keeps hinging. Strengthening the underlying muscles may not be enough to fix this; patterning work may also be needed.

With so many muscles involved with the pelvis, is it possible for one to pull too much or not enough, without a reaction elsewhere in the chain? 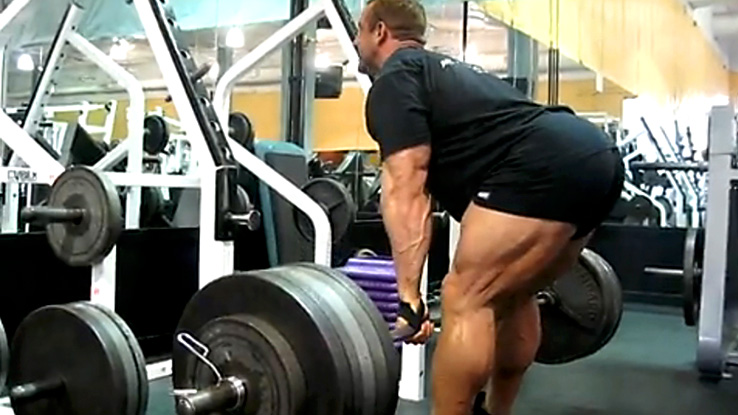 If you’ve ever tried to address APT, odds are the recommendation you’ve been given is either to do planks or reverse crunches, or both. Neither of those suggestions are effective solutions for APT.

The main reason I refrain from using reverse crunches with clients who have APT is because I agree with Dr. Stuart McGill in that we should limit our volume of spinal flexions.

Also, reverse crunches aren’t appropriately challenging. A reverse crunch is an open chain exercise with a long, heavy lever (the legs). Open chain means multiple degrees of freedom, and the legs plus pelvis is a very heavy load. Does that make sense as an exercise for someone who’s incapable of simply holding their torso in neutral while standing?

Most of the people I see with APT are unable to hold a plank for very long without the back either hurting, sagging, or both. I tell my clients to stop at the point of pain, explaining that feeling planks in their back is a sign that the abs have given up and the exercise is no longer doing what it’s supposed to be doing. At that point, and when the back is sagging, planking may even be encouraging a dysfunctional pattern.

Unlike the reverse crunch, the plank is closed chain, so the lever is supported at two ends. However, the lever is much longer in the plank, and the greatest load occurs exactly where a person with APT has the lowest capacity to stabilize – midway between elbows and feet. For this reason, the plank is too advanced an exercise for someone with APT.

The other reason planking fails is because it assumes the problem is bilateral. What if the weakness or dysfunction is only one-sided? Will the plank address that, or will the dominant side cover for the weak side?

What To Do For APT?

Address everything simultaneously. That may sound like overkill but you’re dealing with a faulty pattern that you’ve probably had for years. Maybe at one point there was one cause, but odds are everything’s involved now.

Alternatively, I approach APT with the nine exercises below, knowing that we’re hitting everything. If we accidentally do one or two unnecessary exercises, no big deal. Treat it like a bed bug infestation – if you have them, are you only going to get one room treated, or are you going to go ape-shit on the whole apartment so they never come back?

Nine exercises might sound like a lot, but once they get the hang of them, my clients do them in less than 10 minutes, which also warms them up nicely. We typically top that off with another five minutes of more general movement preparation, leaving 45 minutes to lift. Plenty of time for deadlifts!

If you’re not a fan of warm-ups but your current training involves long rest periods between sets, consider breaking up the exercises below and do one in between each set. Ideally choose them such that they don’t interfere with the muscles involved in your work sets.

This exercise is for the diaphragm, the ribcage, and the t-spine.

Details: Lie on your stomach and breathe deeply. The goal is to have your belly expand into the floor, which will push your body away from the floor. Then exhale completely. Repeat for 12 breaths.

Use a 12″ plyo box for this but a stair works too. I discussed above that hip flexion is probably part of the problem, so let’s try to improve it.

Details: Place one foot on the box, lower yourself into position, and then maintain great posture while you breathe deeply. Count 10 breaths and then switch sides.

The rectus femoris is a secondary hip flexor, and so it may be a contributor to APT. There are other quad stretch options, but this one allows for a quad stretch while preventing cheating through lumbar spine extension.

Details: Lie on your side and grab the top of your upper foot with the same side hand while flexing the hip and knee of the lower leg. Breathe deeply for 10 breaths and then change sides.

This is for the glutes in case the poor hip extension is the problem. I chose this version of the single-leg glute bridge because the “locked leg” keeps us from cheating lumbar flexion for hip flexion, which is why we’re here.

Details: Do 10 reps on one side, holding the up position for two seconds, then repeat on the other side. If you get hamstring cramping, that’s confirmation that your glutes don’t work properly. As a cue, try pushing the heel into the floor and think of pushing the toes through the front of the shoes.

Nope, not foam rolling – developmental rolling. People seem to be very divided when it comes to rolling. I was skeptical at first too, but they’ve grown on me. Regarding the point above about the problem not necessarily being bilateral, rolling effectively splits the core into diagonal quadrants, so if there’s weakness on one side but not another, it will come out.

Details: Start supine to prone (S2P), with 1-2 sets of 5 upper body rolling the first week, and then move to lower body (if time isn’t a factor do both upper and lower). That’s on your back, rolling to your stomach.

Week 2, assuming the movement is good and S2P is getting easy, we move to Prone 2 Supine (P2S). Note: If you have neck problems or if they cause pain in your neck, don’t do them.

For some this is a no-brainer, but for others it’s the most important movement you’re not doing right. To make sure the movement is great, use a dowel held vertically behind the back, with the dowel touching the back of the head between the shoulder blades and the butt. Now bend over without losing any of those points of contact. As soon as one of these points is lost, stop and correct.

This is an exercise where the first time you do it will determine whether you need to do it, as it’ll show if you have a major imbalance between your left and right side.

Details: Set up a bar on a rack with a 5-pound plate on one side. Place your hands on the bar normally (don’t adapt for the slight offset). Now pick it up and do 5 RDLs to a normal depth. Rack the bar and move the plate to the other side and pick the bar up again, making sure to use the same hand placement as before. Repeat.

Notice anything? If not, then you don’t need this exercise and you can skip to number 7. If, however, the bar felt 10 times heavier on one side than the other, this one’s definitely for you.

I noted above that I think planks are too advanced for most people with APT, but building the plank is part of the solution.

Details: To make it a more appropriate challenge, move your forearms up onto a bench. This change is often very profound as people suddenly feel the plank where they’re meant to feel it. I also cue people to stop once they feel it in their back, with a goal of extending the time each session.

Once you can get to 60 seconds without sagging or without feeling it in your back, progress to the floor, but use the same discipline as you did with the bench version.

If you’re unable to hold the bench plank for more than 30 seconds without feeling it in your back, consider regressing it further by doing it with a slight bend in your knees. Doing so can help take the hip flexors out of the equation and allow a proper abdominal contraction.

This one can be a shocker and is a fantastic option to help teach your body to stabilize the core in the presence of leg movement. Think of the relevance here: Every step you take when walking or running involves this movement, but if you can’t stabilize it you’re going to end up extending at your lumbar hinge instead of at the hips, which is really a unilateral expression of APT. Hopefully this helps bring home the notion that this pattern is relevant both bilaterally and unilaterally.

Details: Start this exercise with one foot supported on a box or door frame, and move the other leg. Form is crucial here – you’ll need to focus on engaging your core to stabilize your pelvis so that the only part that’s moving is your leg.

Do 10 reps on one side and then 10 on the other. Once it gets too easy, progress to the unsupported version where you do this with your hands holding something solid (leg of a plyo box or power rack). Lift both legs up in the air and hold one leg up while lowering the other, making sure that the pelvis does not move with the leg.

Putting it all Together

Get Your Tilt Off

Add these nine drills to your workout for a couple of months (yes months – reality sucks) to save your back, your deadlift, and to put an end to the faux belly.