Few things espouse more masculinity than a set of mountainous traps. But most lifters train their traps insufficiently from both an aesthetic and functional standpoint.

The trapezius plays critical roles in preventing shoulder and neck injuries as well as in pressing performance. 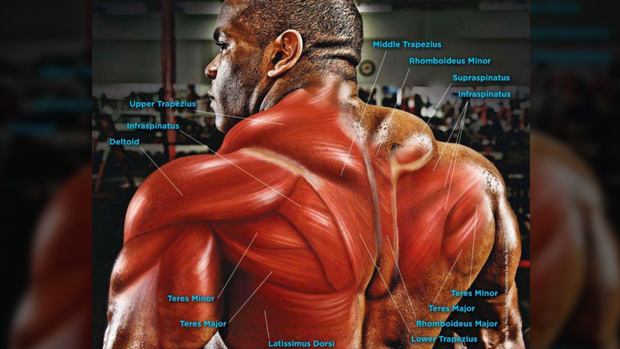 Think the traps are just for shrugging?

The trapezius, originates from the external occipital protuberance (the back of your skull) and attaches to the ligamentum nuchae (your spine). It connects to the spinous processes behind the neck all the way down to the mid-back.

The upper traps, which many novice lifters wrongly assume is the entire muscle, inserts into the lateral third of the clavicle and into the acromion of the shoulder. It elevates the scapula for upward rotation.

The middle and lower traps join the rhomboids inserting into the spine of the scapula to retract them. It pulls the scapula back during movements such as rowing and climbing, and will enable a lifter to keep a stable upper back during horizontal and overhead pressing exercises.

The lower traps also assist with upward rotation of the scapula, which occurs anytime you raise your arms overhead.

Novice lifters often say they're getting enough trap work with deadlifts, rows, and squats, but when I've trained clients with hypertrophic goals in mind, the traps have immense growth potential that's not realized without direct training. So why not train them directly? 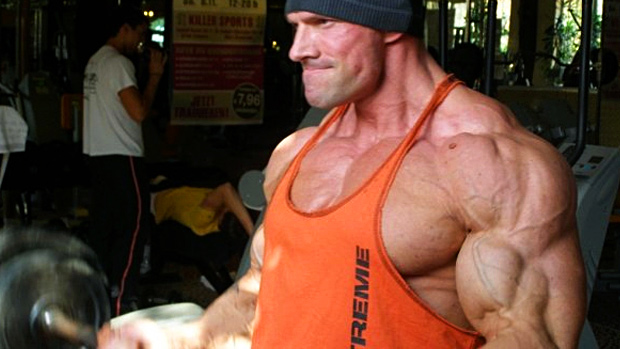 For lifters with injury prevention in mind, such as athletes who engage in contact sports, trap training has crucial. Unresolved whiplash symptoms and chronic neck pain have been linked to trapezius weakness.

Relevant to powerlifting or those desiring a bigger bench, shoulder impingement and dyskinesis will alter normal functioning of the glenohumeral joint, thus throwing a wrench in one's bench-pressing progress.

Also, remember that stronger traps translate to bigger pulls. A lifter with strong lower traps will be able to pull the scapulae back and down during a deadlift or row, thus keeping the bar from traveling too far from the body. Strong upper traps will help lifters with their deadlift lockout, again keeping the bar closer to the body.

Paper pushers and online coaches need trap training too. Aside from just yoking-up their necks, trap training will give them better posture. It'll help address scapular instability, and it'll ward off the common upper back and neck pain associated with being anchored to a desk for the bulk of the work day. 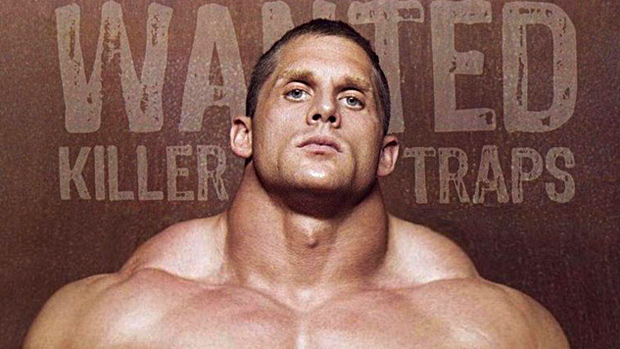 Prioritize trap training. Do it at the beginning of your workout. Since these areas are never worked with high volume or to failure in strength programs, you won't have to worry about their training affecting performance on subsequent lifts like the Olympic lifts or squats, presses, and rows.

When I've had lifters train these groups through stretching and performing isometric holds, it's been easier for them to get into a neutral neck position during lifts occurring later in the workout. And shrugging heavier loads in lower volumes will prime the CNS for the work that's yet to come.

Nothing is more yawn-worthy than seeing "Barbell Shrug 3 x 10" in a workout program. If you have the flexibility in your program, or equipment, try these upper trap variations instead.

Note: Unilateral shrugging exercises were found to produce the greatest EMG activity in the upper trapezius.

For the oft-neglected middle and lower aspects of the trapezius, throw these movements in along with your upper trap work:

Add these to the end of your trap work for an intense stretch.

Add this mini-session to your workouts twice weekly, performing them as a continuous rotation. End with a two to three minute rest period before repeating the sequence again. You'll be happy with the results. 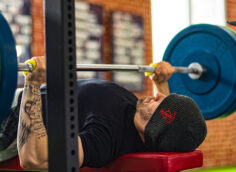 Lifters talk about GVT as a no-fail training plan for size. But is it? Not according to science. Here's what to do instead.
Training
Christian Thibaudeau November 25

All you need is a band and the ability withstand excruciating pain. Here's how to do it.
Tips, Training
Paul Carter January 22
In case you've just stumbled onto this site, put some ice on your head while I do a quick recap of what's happening here. Australian Wunder Coach Ian King has devised a 12-week leg program that's among the most unique - and the most effective - that I've ever experienced.
Training
Ian King October 15