Developing your lower traps is a guaranteed way to turn yourself into one sexy beast. Okay... maybe not... but they're damn important, whether you know it or not. My interest in the lower traps developed from a discussion I had with Bill Hartman. We were discussing the need for better mobility and stability at the scapulae.

When I really started analyzing my programs, I noticed that many were seriously lacking in the lower trap development department. What's worse... if I did anything, it was just a few prone Y's (described below), and then on with the workout!

Quite simply, the lower traps are another one of those little muscle groups that no one cares about until they're injured. It's only then that they realize how important these muscles are.

Before we get into specific activation and strengthening drills, let's first understand the roles of the lower traps in promoting and resisting movement. And yes, this is the part where I go all "anatomy geek" on you, but it's for your own good. Really.

The lower traps are often forgotten for several reasons:

The trapezius is generally broken down into three sections – the upper, middle, and lower – depending on their degree of pennation. The lower trapezius is very important for several reasons.

If we follow the logic of the joint-by-joint approach, we know that the scapulae typically needs more stability. This ensures a stable base, which allows the gleno-humeral joint to move freely and effectively. As well, the lower trapezius promotes scapular depression.

Due to faulty thoracic spine extensibility or overactive upper traps, our lower trapezius are often lengthened and weak. This will inherently leave us unstable around the scapulae.

This next part is the proverbial kick in the pants – this instability doesn't sound bad, until we start to think about our set-up for a big bench press. We know that since the bench press is an open chain movement, we want maximal stability at our scapulae.

For maximal performance, we want to retract and depress the scapulae. What happens if we don't have this stability? The best-case scenario is that we leave pounds on the bar. Worst case scenario? We get injured! Neither of those options sound appealing to me.

However, as I pointed out in my Mobility-Stability Continuum article, we also need to focus on the ability to upwardly rotate the scapulae as well. Upward rotation is imperative if we ever get the silly urge to put our hands over our heads. For strength athletes, this would allow pain-free overhead pressing.

The lower traps, upper traps, and serratus anterior all work synergistically to promote upward rotation of the scapulae. Bill Hartman and I discussed the need for better serratus function in our article, Push-Ups, Face Pulls, and Shrugs.

We also covered some ways to isolate the upper traps, although poor upper trap strength is rarely the cause of poor upward rotation. That leaves us with the lower traps, and figuring out ways to improve their strength.

So, now we know that the lower traps need the strength to actively stabilize the scapulae. But what about their role in the upward rotation process?

I think in this case, "mobility" is synonymous with strength; there needs to be a balance of strength between the upper traps, lower traps, and serratus to upwardly rotate the scapulae.

However, the biggest issue is that most people don't even know where their lower traps are, let alone how to activate and strengthen them. Lucky for you, I'm going to explain a host of exercises to get those lower traps up to par.

When we talk about activation drills for the lower traps, most often we think of the prone Y. However, this exercise is sometimes too advanced, especially with beginners or people with active shoulder pain. The long lever and overhead position can cause a lot of issues. For that reason, I prefer to start with a scapular wall slide.

Try to pull your elbows further down and actively depress the scapulae down at the end range.

Once the scapular wall slide becomes easy, it's time to move on to the prone Y.

The prone Y is a simple exercise. Lay face down on the floor, with the arms extended straight out at the 10 and 2 positions. The thumbs should be pointing straight up throughout.

From the starting position, drive through the scapulae and allow them to actively depress down. If you're having issues keeping the arms straight, you can bend the elbows slightly and perform the movement in this fashion. The key is not to move from the elbows and shoulders – think solely about moving from the scapulae.

A common issue we have with the prone Y is that the long lever position makes it difficult to progressively load the exercise. We can alter the exercise slightly, and do it on an incline bench with dumbbells, but chances are we're never going to be performing this exercise with heavy iron!

But that's okay. Don't get too sexy with the activation drills – all we're looking for here is to develop better recruitment patterns, and create a mind-muscle link (yes, I just said that). Once we've improved motor control, it's time to start getting those low traps strong.

Once we've mastered the activation drills and motor control exercises, and we're ready to start getting the lower traps stronger. But where do we start?

Before we get into that, let me get something off my chest... I used to be petrified of chin-ups and pull-ups. I always knew they were a great compound exercise, but I was so focused on the fact that they trained the lats (an internal rotator of the gleno-humeral joint), that I never thought about the big picture.

In reality, a well performed chin-up or pull-up, where you actively depress the scapulae at the top, may be one of the best shoulder stability exercises you can perform.

Unfortunately, this leads us to another issue. Performing a chin-up or pull-up with full scapular depression at the top is damn hard! So how do we get there? As much as I hate to admit it, it's time to get reacquainted with the lat pulldown machine.

We've developed motor control in our lower traps earlier in the workout, so now it's time to take that control to real-world movements.

To begin with, put an appropriate weight on the lat pulldown machine, and go through a full range of motion (ROM). However, instead of performing reps, all I want you to do for now is to hold the bar in the bottom position near your collarbone.

The key here is to focus on actively depressing the scapulae and holding it in this position. Don't be surprised if it's actually difficult at first!

Once you've got the feel, start going through a full ROM for a specific amount of reps (whatever fits in to your current training regimen). Again, focus on using a full ROM and actively depressing at the mid-point of the movement.

Over the next several weeks or months, you'll slowly build your strength to a point where you're using close to bodyweight. When you get to this point, it's time to switch things up to chin-up or pull-up progressions.

We're going to follow a very similar progression in the chin-up progression as we did in the lat pulldown progression. The starting point is a basic isometric in the midpoint position.

Essentially, what you're going to do here is to get yourself up into the top position of a chin-up, where your upper chest should be adjacent to the bar, and you're actively depressing the scapulae throughout.

The goal here should be to perform 3 sets of one 20-second hold. I need to give Bill Hartman credit here, as he's the one who came up with the guideline. Regardless, the carryover of a 20-second hold is quite effective, since most sets of bench presses don't last any longer than this.

Once we've mastered the isometric hold, it's time to start moving through a full ROM. Again, however, jumping right into a full ROM bodyweight chin-up may be too much, and you'll be prevented from achieving a full scapular depression at the midpoint of the exercise. If this is the case, band-assisted chin-ups are going to be your new best friend.

The progression from here is simple. Use progressively smaller and smaller bands, until you can remove the bands altogether. Once you can get 3 sets of 5-6 reps with your bodyweight and include a full scapular depression, it's time to get rid of the bands all together.

The final progression has been known for ages: Start with chin-ups, move to a neutral-grip chin-up, and then finish with pull-ups.

I hope this article has shown you how important the lower traps are for proper movement and overall health. More importantly, I hope the progressions I've outlined will take you to all new levels of health and performance.

For thick, strong triceps, you need to hit the lateral head. Here's the best way to do it.
Tips, Training
Christian Thibaudeau February 21 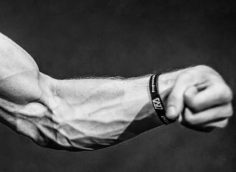 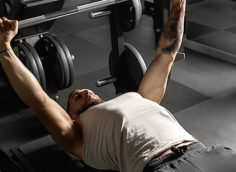 Your PR is pretty darn good, but your chest is, well, sad. Here's why and how to fix it.
Training
Christian Thibaudeau December 30

How to use ramp contractions and taper training to achieve a pump and thus trigger muscle growth.
Training
Dave Barr May 3