Despite the fact that lots of guys include rear delt work, they usually initiate the exercises with the traps and rhomboids, so the poor little posterior delts get very little attention.

Going too heavy can be one of the culprits here, but the other problem is that they don't begin the movement with the scapula properly set. Here's how to do that with a great rear delt exercise – seated cable rear laterals:

Begin with the cables set up in line with the rear delts, and with the scaps in protraction. Then you should feel the posterior delts catch fire during the set. If that isn't happening, then you're still most likely initiating with the traps and upper back or calling them into play too much during the set.

It's also difficult to establish a mind/muscle connection with the posterior delts, which is another reason why this muscle group often lags behind. The bigger and stronger areas of the upper back are built for big work and love to take over on pulling movements. The posterior delts still get some love, but not enough to grow to their potential.

Once you've mastered the form, bludgeon your rear delts into growth with this intensity method:

If you can't feel your rear delts getting blasted, then you simply aren't in possession of posterior deltoids. 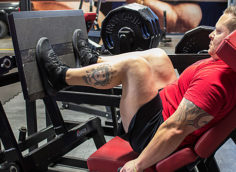 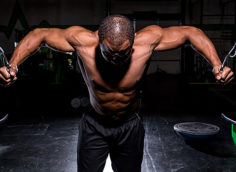 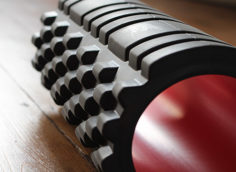 Lifters spend too much time on the floor rolling around and rubbing on themselves. Here are three better ways to keep yourself in the game
It Hurts Fix It, Training
Adam Vogel October 1