Bodyweight triceps extensions will smoke your triceps. As you'll see, you can use a fixed barbell or a bench, but the best way to do them is with suspension straps.

This exercise serves as a great anti-extension core exercise as well as a triceps movement. If you don't have suspension straps, you can get a similar training effect using a bar in a power rack or Smith machine. However, the straps add a nice dimension to the exercise if you've got them.

When using a bar, the range of motion is limited because you're forced to bring your forehead to the bar, much like traditional skull crushers. With the straps though, you can extend your arms out further away from your body, which increases the demand on the core while also enhancing the stretch on the long head of the triceps and taking stress off the elbows. It also allows you to rotate your hands as you move through the rep, which feels better on the elbows and increases the contraction in the triceps.

Be sure to keep your body straight and avoid piking at the hips. While this is ostensibly a triceps exercise, from a core standpoint, it should feel similar to an ab wheel rollout. This one also lends itself very well to burnout sets at the end of the workout. Start with the straps adjusted lower and step forward as you start to fatigue. 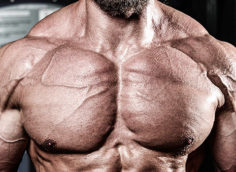 For shoulders, free weights involve too much wasted movement. Not so with cable exercises. Here are 4 that'll blast your delts into oblivion.
Bodybuilding, Shoulders, Training
Paul Carter February 8

This exercise activates every part of your abs and obliques, and it's tougher than it looks! Here's how to do it.
Tips, Training
Nick Tumminello January 23 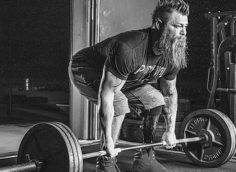 A lot of times, your deadlift stalls out because you lack isometric strength in your lats. Let's fix that... and build some new mass too.
Deadlift, Powerlifting & Strength, Tips, Training
Linden Ellefson December 22