After a man turns 40, his muscles atrophy, his strength wanes, and his belly grows. And women over 40? Well, they just wilt like old banana peels. They even have to start buying “mommy swimsuits” at JCPenny, complete with butt-hiding ruffles.

At least that’s what a lot of people seem to think.

As a T Nation fan, you already know those people are full of shit. Heck, with all we know now about training, nutrition, and supplementation, your 40s and 50s might just be your best years.

But there is something that takes a Kamikaze dive in your middle years. After the age of 40 or so, even physically fit men and women start to lose their ability to produce power. And power, not strength, may be the key to longevity.

What is Power Exactly?

Power is your ability to produce force and velocity. Moving weight fast – be that a barbell or your own bodyweight – recruits a lot of motor units. While strength and power overlap in many ways, power is the rebar in the concrete foundation of athleticism.

In the gym, you can get more powerful by doing Olympic-lifting variations, torpedo’ing medicine balls, performing jump squats, and swinging a kettlebell like you’re mad at it. Generally, you use lower loads, but try to move those loads with speed and ferocity. Acceleration is key.

Outside the gym, sprinting up a set of stairs relies more on power than strength. “Functional strength” is all the rage, but functional power may be even more important.

So what does power have to do with living longer? Let’s ask Mr. Science.

Researchers gathered up 3,878 men and women between 41 and 85. This age range was chosen because power starts to diminish after 40. All the participants took a power test, this one involving the upright row. (Maybe not the best exercise choice, but easy enough for non-meatheads to learn.)

Then the scientists just sat around for several years. They caught up on Grey’s Anatomy and did some fly fishing. After seven years, they tracked down the study participants to see who died, which must’ve been awkward.

Researchers concluded that power is strongly related to all-cause mortality. 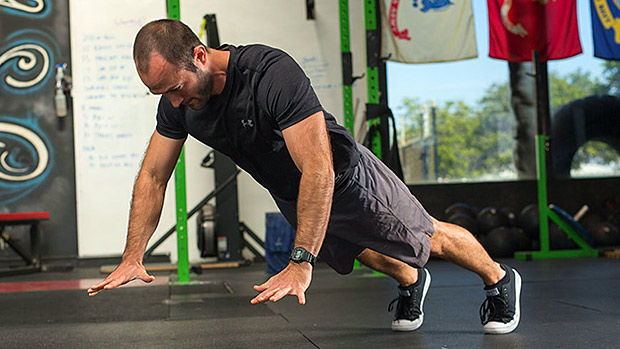 No, you don’t have to give up your strength or hypertrophy training and become an Olympic weightlifter, a full-time CrossFitter, or a plyo-obsessed skinny guy.

The researchers noted that becoming super-duper powerful doesn’t seem to extend your life any further than simply becoming more powerful than the average Joe or Jane. Just be above-average powerful.

In the gym, add some power training to what you’re already doing. Try power cleans or some O-lift variations. (I like the easy-to-learn muscle snatch.) Throw some medballs, try to accelerate a lighter bar quickly using the core lifts, and toss in some plyo push-ups, sprints, and jumps.

Then tell those people that think life is over after 40 to suck it.