For those not using buckets of steroids, hypertrophy (muscle growth) is not a localized process. It's systemic.

For the most part, given sufficient stimulus, muscle growth happens all over your body instead of in one teeny location. As such, doing work that stresses the whole body – putting a big load on the spine that the entire body must support – will cause more growth in your biceps than working the biceps directly.

To put it another way, doing heavy trap-bar deadlifts will do more to make your arms bigger than doing curls. A popular rule of thumb in the lifting world states that in order to gain an inch of circumference on your arms, you need to gain about 15 pounds of muscle, and that's pretty much right. Otherwise you'd see guys walking around who trained nothing but biceps and, as a result, were inverse T-Rex types with huge arms and tiny little bodies. But you don't.

Of course they do. A biceps-specific program will surely add some arm size as long as you're doing everything else right, but the results would generally pale in comparison to what you'd get if you did a program that was biased towards the deadlift or some other big, total body movement. Likewise, a biceps-specific program would help if you've been doing the big movements all along but need an area-specific catalyst.

Steroids, however, make your whole body ultra-responsive to any kind of mechanical stress. If you're using sufficient quantities of steroids, anything works. All those body part-specific routines issued through countless bodybuilding mags "written" by bodybuilders did us all a huge disservice. They convinced many of us to concentrate on curls, kickbacks, shrugs, anterior delt raises, and leg extensions when we should have spent a lot of that time putting big systemic loads on our spine with compound movements. 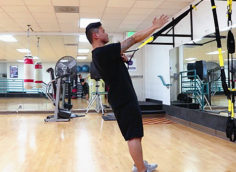 A back exercise. A core strength exercise. A much-tougher-than-it-looks exercise. Try it!
Back, Bodybuilding, Exercise Coaching, Tips
Calvin Huynh August 3

If you look like a less-hairy version of Bigfoot, then you can't always train the same way as smaller guys. Here are the differences you need to know.
Bodybuilding, Powerlifting & Strength, Training
Lee Boyce July 23 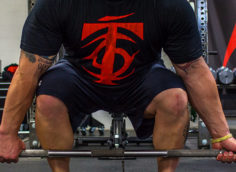 This fundamental movement pattern is, well, fundamental. But try this before you jump into deadlifting.
Deadlift, Powerlifting & Strength, Tips, Training
TJ Kuster September 18