I started with a new client recently and during our initial conversation he mentioned how, no matter what he did, squats had never felt great, particularly on his back. “All my previous coaches have attempted to fix things and nothing has ever stuck,” he said.

I asked what these other coaches did to “fix” his squat and he unveiled a laundry list of stretching this, smashing that, performing a bevy of positional breathing drills while repeating the Elvish alphabet backwards, or otherwise what I refer to as being “corrective exercised to death.” The next step was to get Dr. John Rusin to come in and perform a squat exorcism.

I did none of those things. Instead I did something revelatory: I watched him squat. And it wasn’t pretty. Every rep was off-balance and I could sense his frustration.

He did and Sha-ZAM… what I saw punched me in the face. On every rep, his toes would come off the floor. Something no one would notice with shoes on. 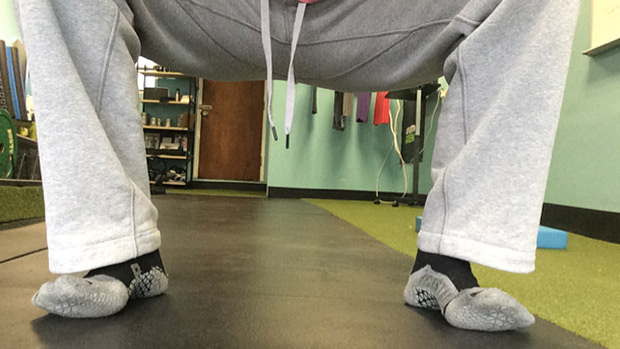 This helped to explain why he’d always lose his balance, and why his back was flipping him the bird whenever he squatted. 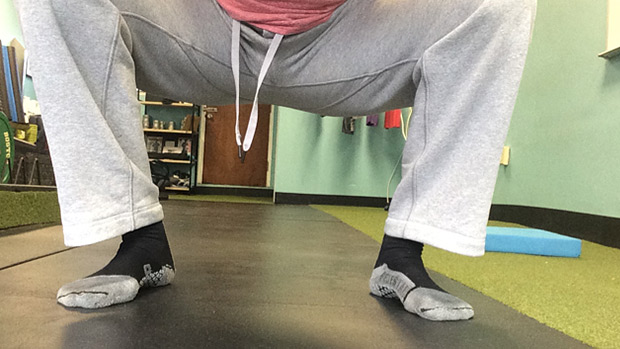