Single-leg or unilateral exercises create greater muscle activation than bilateral exercises targeting the same muscle groups. This means you should be including split squats in your program, and this study explains why. 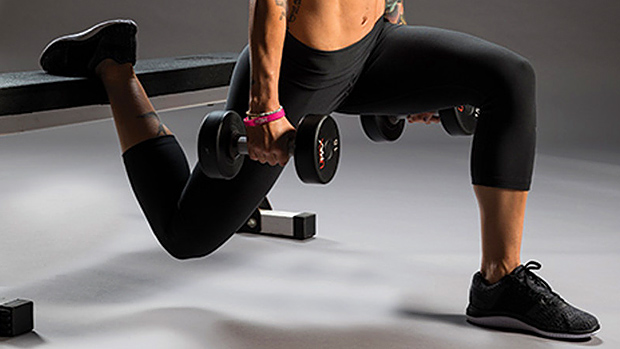 Eighteen female athletes were recruited for the study. EMG of the glutes and hamstrings were recorded during a set of 3 reps with an 8RM load for the back squat, modified single-leg squat (a rear foot elevated split squat), and stiff-leg deadlift.

Only women were chosen because of their higher prevalence of knee injury, which the researchers believe may be partly due to less activation of the glutes and hams.

EMG was greater in the glutes than in the hamstrings during all three exercises. The highest EMG for both the glutes and hamstrings occurred during the rear foot elevated split squat followed by the stiff-leg deadlift, and lastly the back squat.

All three of these are great exercises, and all have their strengths and weaknesses. Of the three exercises though, it seems that the rear foot elevated split squat reigns supreme when it comes to targeting the glutes and hams via increased activation.

One thing to note is the relatively heavy weights they used in the study. While the participants only performed three reps, they were using an 8-rep max load, which is heavier than most people use during single-leg exercises. So don’t be afraid to load them heavy and use low reps with good form.