The straight-leg or stiff-legged deadlift is not only the most useless exercise in existence, it's also one of the most counterproductive things you could do. 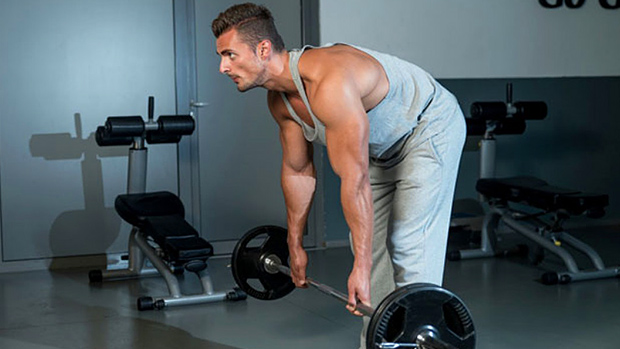 The straight-leg deadlift is a bastardized variation of a proper hip hinge movement. It places an enormous strain on the vertebral column due to faulty mechanics in the lumbo-pelvic-hip complex, and can lead to tears and avulsions in the hamstrings.

But I Feel It!

Some lifters think that because they feel a stretch in the hamstrings they're stimulating strength and size gains. This couldn't be further from the truth.

Instead they're limited the tension that could be placed on the hams and posterior chain. This exaggerated and unnatural stretch creates excessive trauma and micro-ruptures to the hamstring tendon-insertion, which is highly vulnerable to injury. I've seen a strong association between straight-leg deadlifts and hamstrings tears among the athletes and bodybuilders I've worked with.

Once we eliminate this movement and my athletes start hinging at the hips correctly using an RDL (with soft knees) instead, hamstrings and glutes gain more strength and size. And incidentally, injuries in their posterior chain and low back become almost nonexistent.

Remember, the regular straight-leg deadlift reinforces a faulty hip hinge. You can actually train yourself to bend over the wrong way and then keep doing it in your everyday life.

Imagine yourself picking up furniture or a kid and using this straight-leg form. You leave yourself vulnerable to low back and sciatic issues not to mention tweaks and pulls to the posterior chain. Nearly every low back-related issue I've ever known of can be traced back to faulty hip hinge mechanics.

Luckily the RDL with soft knees is a highly functional way to avoid the drawbacks with a similar movement.