Women will tell other women that they look great, even if they don't. But men? Heck, a man will tell his best friend that he looks like shit-on-a-stick on his wedding day.

Ball-busting, among men, is a bonding behavior. We're funny that way. But it doesn't always work out so well in the gym, especially if you're trying to motivate a new lifter or a personal training client.

Charles Poliquin once noted that only a small percentage of people, men-people and women-people, respond positively to well-intentioned insults in the gym. You know the ones:

Maybe the negative words are sorta "programming" us, or maybe they just hurt our delicate feelings. Whatever the reason, drill-sergeant motivation just doesn't work on many people. A new study digs deeper into this phenomenon and offers a more effective alternative.

Researchers out of Northwestern University put two groups of women through a 16-minute conditioning class. Each class was the same: same exercises, same instructor, same music. The only difference was the language the instructor used.

In one class, the instructor made appearance-focused comments like, "This exercise blasts fat in the legs. No more thunder thighs for us! Get rid of that cellulite!"

In the other class, the instructor made performance-focused comments like, "This exercise is crucial to developing strength in the legs!"

Afterwards, the participants filled out surveys and listed three words describing how they felt after the workout. 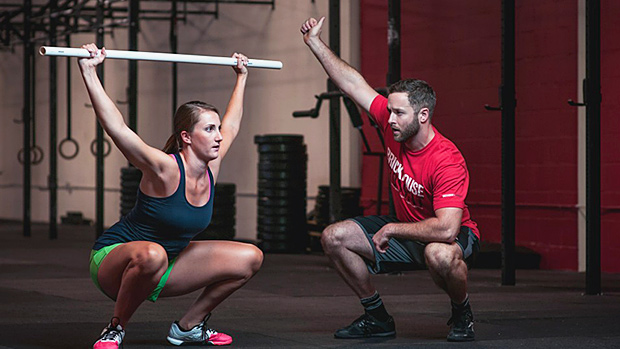 If you're a personal trainer, a coach, or a group fitness instructor, think of this as marketing psychology. You need clients and paying members, right? Well, if they leave feeling awesome, they're more likely to keep paying you... and to tell a friend about your services.

Maybe this explains the success of CrossFit. Even though experienced CrossFitters look damn good, you'll hardly ever hear appearance-based language used in a box. It's all about performance. And of course, improving performance usually improves your physique as well.

You can also use this info if you're trying to help get your friend or spouse into lifting. Focus your language on muscle, performance, and strength, not on flabby body parts.

And you know, maybe we should change our own internal dialog, too. Even the most dedicated bodybuilder eventually tires of thinking about peaked biceps, striated glutes, and boulder shoulders. Shifting your focus to things like strength, performance, and health might just keep your fire burning longer.

And that'll keep your fat ass motivated. Sorry, I'm still working on this. 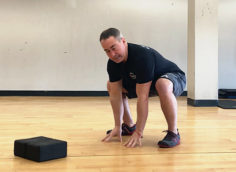 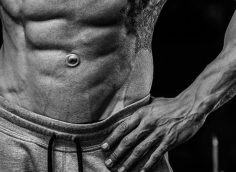 Fit pros say you can't emphasize this area. Here's why they've got that wrong, and the best ways to hit it.
Training
TJ Kuster June 1
A competitive powerlifter recently contacted me to correct his woefully pathetic bench press. After a few tests and some obvious visual clues, I realized that his triceps were holding him back from pressing up big numbers.
Training
Chad Waterbury February 21