Most trainers will tell you to do a lat pulldown with a wide grip. At some point in their trainer gestation, they must have gotten out some crayons and construction paper, drawn a stick man, and figured that since the lats form a V, so must the arms when doing a pulldown. Hence the wide grip.

Some of them also assumed it's a bad idea to do the close-grip version because it supposedly activates your biceps more than the lats.

Then there's the behind-the-neck injury thing. Many trainers assumed that pulling the weight behind the neck causes injuries, even though, like the Sasquatch, hardly anyone in weightlifting history has seen an example of such a thing; hence the near-universal recommendation to pull to the top of the chest.

So what we're left with is an exercise that almost everybody does, or has done, but is nevertheless done in a manner that was dictated by poor logic and tradition. Two groups of scientists have come to our pulldown rescue, though.

The scientists attached electrodes to test subjects' upper back muscles, their chest muscles, their shoulder muscles, and their biceps and had them perform the three varieties of pulldowns using 80% of the weight with which they could do 1 rep (their 1RM).

It turns out that the three forms activated the lats equally. The behind-the-neck version did, however, activate more posterior deltoid and more pec, while the to-the-chest version isolated the pecs more. (I've chosen to ignore the results of the extreme V-shaped bar because they're pretty rare.)

The second group of scientists recruited 12 men between the ages of 19 and 30 and attached electrodes to their biceps, lats, and traps. Then they had them perform four different types of pulldowns using 70% of their 1RM:

The attached electrodes told the researchers that shoulder-width and wide-grip versions activated the lats equally, while the varying grips had no significant effect on the biceps or traps.

What did matter, though, was using a pronated grip. Grasping the bar with your palms away activated the lats far better than a supinated grip.

To effectively target the lats during a pulldown, do the following: 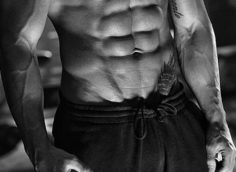 If you can easily knock out dozens of reps of an ab exercise, it's probably because your abs aren't doing much work. Fix that. Here's how.
Abs, Bodybuilding, Tips, Training
Calvin Huynh February 8

Many lifters and coaches grasp the big picture when they read about the movements I prescribe for strength development, but they often miss the finer points. I've written this "Toolbox" series to help these experienced lifters fill in the blanks. It'll also help newer lifters learn about some very effective exercises.
Training
Dave Tate April 5
It happens every time I write an article or give a workshop. Someone asks me, "So, uh, Dan, do you think I should do it five times a week or should I do it twice a day?" It doesn't matter what "it" is – one arm lifts, Tabata front squats, Olympic lifts–I always get the same perplexing response.
Training
Dan John March 1