Most of us know that if we don't lift heavy while dieting, the only bellies that shrink are our muscle bellies. Oddly enough, though, few people actually remember that fact of physiology when they start dieting.

Instead, they start doing higher reps and more cardio. It's as if the sudden cut in calories caused a clump of ham to dissolve loose from an artery and travel up to the brain and cause a mini, logic-impairing stroke.

Besides, doing cardio to burn calories is a fool's errand. Even the most God-awful, painful cardio you can inflict on yourself only burns a couple of hundred calories in an hour.

Sure, if you were to somehow gain the ability to lunge up the side of a skyscraper wearing a 100-pound vest while using your hands to slap out a Metallica drum solo on your butt cheeks, you might burn some serious calories, but pretty much anything short of that is just a muscle-eating waste of time.

So What's the Right Way to Burn Fat?

Most serious dieting has its roots in the kitchen, i.e., body fat is better controlled through diet than exercise. However, we're forgetting about EPOC, or excess post-exercise oxygen consumption. Certain forms of exercise cause you to burn more calories after you QUIT working out and, when combined with dieting, can lead to appreciable fat loss.

When it comes to weights, lifting heavy, in addition to preserving muscle while dieting, ends up burning more calories (through EPOC) than high-rep training, which is all the more reason to forget the high-rep, bouncing-around-like-a-ninny stuff.

Has It Been Proven in the Lab?

The fact that you don't need dynamic exertion (bouncing around like a ninny) to augment EPOC has been shown through a bunch of studies, but not many studies have shown that lifting heavy weights evokes more EPOC than lifting light weights.

One such study, though, was done several years ago by researchers from Georgia Southern University. The scientists recruited 14 experienced lifters and had them do two whole-body workouts consisting of 9 basic exercises. They did two sets of each exercise while resting one minute between sets.

It turned out that both exercise sessions burned the same amount of energy (calories). However, the higher intensity workouts (85% of 8RM) caused the trainees' hearts to beat faster and their lactic acid concentration to rise more than the lighter-weight workouts.

Furthermore, there was a significant difference in EPOC:

Shrugs work for building traps, but most people do them wrong. Here's how to really make them work.
Tips, Training
Paul Carter December 13 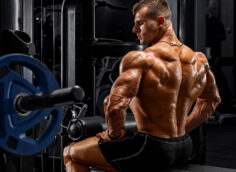 If your usual shoulder exercises aren't doing much to make your delts pop, take that as a sign to add some variety. Start here.
Exercise Coaching, Shoulders
T Nation January 15 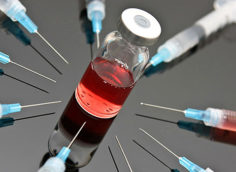 Before you consider getting TRT, understand the underlying causes of the problem. Otherwise, T replacement may backfire.
Pharma, Training
Chris Albert July 3 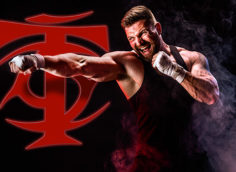 Momma said knock you out. Always listen to mama. Here are the four exercises to help you build a knockout punch.
Training
Alex Chrysovergis September 22