Turn on your central nervous system before squatting. Why? Because you're only as strong as your nervous system allows you to be. Certain explosive exercises and plyometrics can be CNS primers. Do them before hitting the big lifts and they'll unlock your true power and strength potential.

Here's one that primes your body for a great squat workout:

Do 2-3 total supersets with 30-45 seconds rest between bouts.

The side to side movement of the medball slams places the body in a position that'll recruit more stability through the other muscles of the core, like the internal and external obliques, which are huge players in creating a heavy brace. With this variation you'll activate motor units for the purpose of translating stiffness and performance into the big lifts.

Do 2-3 alternating slams per side, driving the ball down to the outside of your toes as explosively as you can. Focus on getting full triple extension of the ball up overhead and triple flexion upon driving it into the ground. Quality trumps quantity here, so low reps and high intensity is warranted.

After the slams, move directly into the vertical jump, which complements the squat pattern. Use the box to create force and elicit a strong neuromuscular response before stepping into the rack.

For these jumps, explode up with maximal force production off of the floor and reach maximal height while sticking the landing in an athletic stance. This will ingrain the movement after each jump.

Do 2-3 supersets with enough time between bouts to come close to full recovery and avoid a pre-fatigued state, which is a major problem with ramping up too much volume in the pre-training sequence with plyometrics. With these supersets, less is better. 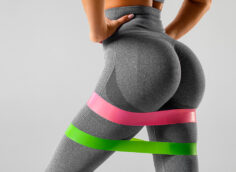 Whatta' ya' know? There appears to be more than one glute guy around here. Here's how to build a stare-worthy caboose without messing up your lower back.
Glutes, Training
Ben Bruno May 31

Build your grip strength, forearms, and biceps with only one rep of this move. Check it out.
Exercise Coaching, Tips
Ben Bruno April 3