A T Nation reader recently asked us, "You can only do three exercises – one bodyweight exercise, one kettlebell exercise, and one dumbbell exercise. What are they?" Okay, I'll bite.

I'd choose pull-ups as they're aptly nicknamed "the upper body squat." You could probably develop a pretty good torso and arms by doing nothing but pull-ups.

I'd go with swings, mostly because of a research study I wrote about in The Absolute Best Way to Burn Calories. It showed kettlebell swings, done in a particular manner, burn roughly 20 calories per minute, which is astronomical when compared to most other calorie-burning exercises.

I choose goblet squats. To do these, you hold a dumbbell against your chest, vertically, grabbing on with both hands just underneath the innermost plate (like you're in King Arthur's court and you're holding a fat goblet against your chest). Then you just squat down until your elbows slide past the inside of the knees. 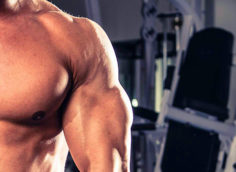 Got a sticking point right off your chest? Having shoulder pain while benching? Erase that pain and weakness. Here's how.
Bench Press, Powerlifting & Strength, Tips, Training
Dr John Rusin October 23 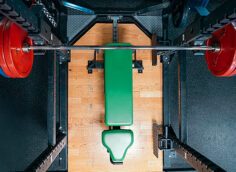 Get fresh gains from your rows, shrugs, presses, and deadlifts. Try these scrape-the-rack lifts.
Tanner Shuck May 9