Over the years I've been a defender of CrossFit and many of its exercises, even certain styles of kipping pull-ups, which have their place for advanced competitive CrossFitters.

But one exercise I just don't understand is the jumping pull-up. I'm not taking about jumping from the floor to grab the bar then pulling yourself up, which can have some value. Here's what I'm referring to:

In some CrossFit classes you have the option to "scale down" if you can't do an exercise as prescribed. Let's say you have pull-ups in a WOD. If you can't do pull-ups, instructors normally have you do banded pull-ups. But some people are too weak (or heavy) for those. What do they do then?

This doesn't do anything, though I suppose it burns more calories than sitting the exercise out. But the small hops aren't intense enough to build power, and the upper body doesn't do any work. It has nothing to do with the original exercise, the pull-up.

Five warm-up routines and stretches that do more harm than good, plus some better ideas.
It Hurts Fix It, Mobility, Training
Nick Tumminello April 15 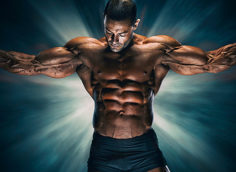