Slide back towards the end of the bench so that the base of your neck is at the edge of the bench, leaving your head completely unsupported. This may look unusual, but it improves your bench press mechanics, shoulder health, and chest growth.

The head-off chest press promotes heightened spinal rigidity and optimal levels of t-spine extension because the head isn't fighting against the bench as is typically the case. The result is optimal spinal alignment.

It's also much easier to retract, depress, and medially rotate the scapula when the head and neck are unrestricted. The key is to maintain a neutral cervical position while producing extension through the t-spine.

Oddly enough, once they become accustomed to them, many athletes end up preferring head-off presses because traditional variations (with the head on the bench) feel very constricting and unnatural compared to the head-off variations.

I've seen this do wonders for shoulder injuries and upper body movement mechanics due to improved shoulder centration and packing of the glenohumeral joint. These improved mechanics typically lead to increases in upper body pressing power, strength, stability, and force production.

As an added bonus, it's one of the best neck strengthening exercises there is. 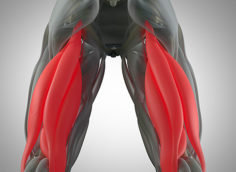 Everyone does shrugs for traps, but that's the worst exercise choice for some people. Here's how to train traps and keep your shoulders healthy.
Bodybuilding, It Hurts Fix It, Powerlifting & Strength, Shoulders, Training
Tony Gentilcore August 17

Competitive bodybuilding can bring out the best and worst in people. Here's something to think about.
Bodybuilding, Tips, Training
Lonnie Lowery, PhD July 13