"Fasted exercise" is a concept that just feels right. You wake up, drink some water to un-sludge your blood, and then hop on a treadmill, bike, or NordicTrack to pedal or flail away your fat a lot faster than you could if you'd eaten breakfast first. There were even some studies to support its use.

But one of the studies focused only on fat guys. They ultimately did lose more fat, but it was because the fasting exercise appeared to activate certain fat-burning genes that gradually made the body better at breaking down fat.

A small number of other studies showed that it worked for average-sized people, too, but they were usually studies that used three starving college students and a couple of guys named Stuey and Catfish who lived in a refrigerator box down by the river.

As such, these studies weren't by any means definitive, and even the one that cited gene activation is maybe tainted because it was done on obese men and not average-sized people who habitually worked out.

A new study out of Australia, though, carries a lot of weight because it was a meta-study, which is a study that throws together a number of individual studies and draws conclusions based on their cumulative findings. Unfortunately for advocates of fasted training, the meta-study found little evidence that it works.

The Australian team searched for fasted exercise studies that fit the following criteria:

They found five studies that fit all the criteria for a total of 96 participants, 60 of whom were male and 36 of whom were female. Average age was 21 to 27. The majority of participants had an athletic background. The studies employed high intensity interval training (cycling), continuous cycling, or continuous treadmill exercise.

The researchers gave the following verdict:

"The inter-group effect size for interventions on body mass for the combined, male, and female analyses were trivial with no significant difference between interventions."

Further, they suggested that their "findings support the notion that weight loss and fat loss from exercise is more likely to be enhanced through creating a meaningful calorie deficit over a period of time, rather than exercising in fasted or fed states."

It looks like fasted cardio is kind of a bust, but even if it did work, no amount of huffing and puffing from any hyperkinetic movement on your part is going to do much more to rid yourself of fat than practicing even the most casual dietary restriction.

Simply halving the amount of rice you might have with your fish, or refusing that second glass of wine is ultimately going to have more impact than most types of calorie burning exercises, fasted or otherwise.

Granted, there are people out there who can make cardio work as a legitimate fat-burning modality. Of course, these people think nothing of churning away on a Stairmaster for an hour a day, 6 or 7 days a week, but they're few and far between and are of suspect mental health. Steer clear of them and don't look them in the eye.

The best fat-burning advice may be to do your cardio when you can, on an empty stomach or a semi-full stomach, but don't depend on it too heavily to change your body.

Instead, do it for your heart and as an adjunct to dietary restriction and consider that changing your body might be easier if you devoted the time you'd ordinarily spend on cardio to doing more weight lifting or preparing some calorie-restricted meals. 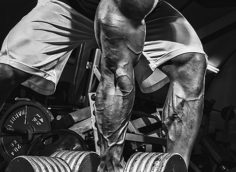 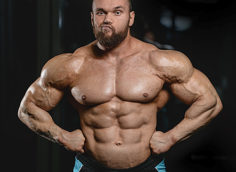 Will getting super lean cost you muscle? It doesn't have to. Here's what to do and how to stop worrying.
Training
Christian Thibaudeau June 24

They publish umpteen workouts, but do they practice what they preach? Take a peek into the workouts of John Romaniello, Clay Hyght, and Nick Tuminello.
Bodybuilding, Training
Chris Colucci May 24

Well, maybe you’ve tried some of them. But maybe not. Check out the list and challenge yourself.
Bodybuilding, Powerlifting & Strength, Training
T Nation November 23