A rugby player I train was required to train at his university's weight room this past fall. The strength coach told him that he was to "drop his ass low because the deadlift is just a squat with the bar on the ground." This is a popular misconception, and a bad one.

Deadlifting and squatting are not the same. One is hip dominant and the other is knee dominant. Treating them as interchangeable and teaching them with the same cues doesn't make sense. That sets you up for poor performance and injury.

Each day you train include hip mobility training, upper-back training, hip extension movements, and grip work – no matter the split. All of these components, minus the direct grip work, can be included during your warm-up.

A basic strategy is to do kettlebell swings and pull-ups every day. Circuit them with a hip flexor mobilization and a standing core movement and you've hit all the components while developing a great warm-up routine.

3 – Prioritize Your Back and Hamstrings

You shouldn't prioritize low back training to improve your deadlift. Actually, it's last on the priority list because most sticking points are a result of deficits in the upper-back and lats, or the hamstrings.

If you're training your upper back and hip extension movements well, your low back is going to get stronger. Although there's movement in the low back during a deadlift, the main role of the spinal erectors is stability. You can train for a stable low back with plenty of Romanian deadlifts, good mornings, and glute ham raises.

A lot of direct lower back training will exacerbate hyperextension of the lumbar spine, resulting in limited neural drive to the glutes. Work on keeping your low back in the same position throughout your pull and it'll get stronger.

4 – Grip the Bar Based on your Elbows 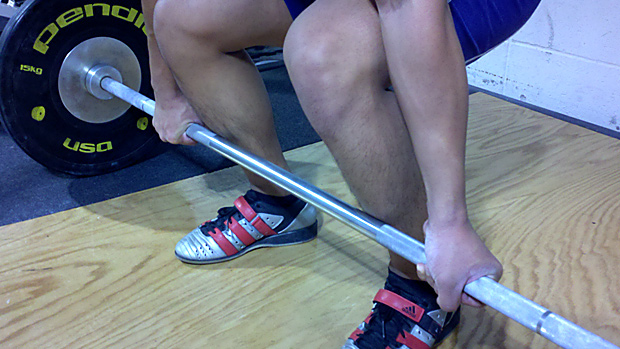 Biceps tears are an unfortunate injury that frequently occur while pulling with an over-under or "mixed" grip. The biceps of the supinated arm are put under extreme tension that causes them to pop like a jack-in-the-box. This has a lot to do with congenital laxity and elbow structure.

A chiropractor assessed me using the Beighton Laxity Scale, a test designed to determine how congenitally lax a person is. He found that I'm congenitally lax, and that my elbows hyperextend at end range. Check out how my elbows lock at the end range of a push-up:

I've never felt the slightest twinge in the biceps of my supinated arm while deadlifting. My biceps are already long due to the laxity of my elbow, lessening the tension on the supinated arm. I have a hunch that there's little chance that I'll tear my biceps using the over-under grip.

If you, however, have shortened biceps because you've been curling like a mad man since the 90's, avoiding the over-under grip is probably the right choice. Without the necessary length, your biceps will be under too much tension as your elbows extend further, and you'll likely suffer a tear if you pull a heavy weight. Use a double-overhand grip until your grip fails and then switch to the hook grip.

I've never met a man that was a strong deadlifter and weak in every other aspect of training. That would be like meeting a lumberjack that doesn't look amazing in flannel.

A strong deadlift has a powerful effect on strength in your other lifts. Gaining size and improving athleticism are also products of a solid pull, as powerful hip extension and a strong back are necessary for a strong and efficient body.

To be a strong deadlifter, you need to pull at least two and a half times your body weight. When you can, you'll have the strength base necessary to develop your body in any way you choose. 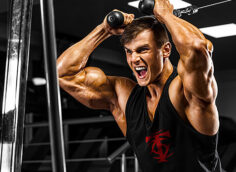 Compound lifts are your foundation, but that doesn't mean you won't benefit from smaller moves. Here are the exercises you need.
Brandon Holder September 16

The kickback for triceps is known as a wimpy exercise, but the problem is that most people are doing it wrong. Here's an easy trick to make it work.
Tips, Training
Nick Tumminello December 16