Everyone assumes their lifting technique is good. If you have a coach or a training partner to keep you honest, perfect. But if not, you'll need to be your own worst critic.

When it comes to lifting technique, the overriding goal is to maximally stress the muscle while minimally stressing that muscle's associated joints and connective tissues.

While the details of exercise technique are specific to the exercise being performed, there are a few general principles that should be applied:

In reality, he's not getting stronger at all, but rather progressively reducing the challenge through various biomechanical shortcuts. This all-too-common phenomenon never takes you anywhere you want to go.

I totally get the desire to do whatever it takes to put more weight on the bar, but if you use suboptimal technique you'll need more weight to achieve the same end result, which means you're creating unnecessary wear and tear on your joints. Please feel free to explain to me why this is a good idea. 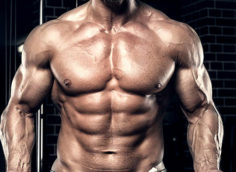 If you can, try to work out earlier in the day. Here's why.
Cortisol Control, Tips, Training
Christian Thibaudeau May 28 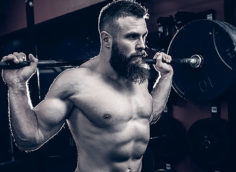 Sure, those enhanced bodybuilders can get bigger with high-rep sets. Here's why that's not optimal for you.
Tips, Training
Christian Thibaudeau November 17 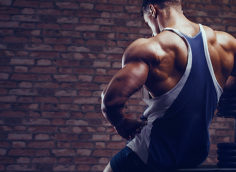