It's good to do periodic fitness tests to see where you are and what kind of progress you're making. One of the tests you can do is a 500 meter row, performed on a rowing machine or ergometer.

The 500 meter row is more like a sprint. It'll take most people roughly 2 minutes, but that's long enough so that you can't just blast away full speed from the start. It's similar to a 400 or 800 meter run.

You'll like the row for several reasons. First, it's easy to do. There's about a five-minute learning curve, assuming you're properly instructed. You can bust your ass as soon as you feel comfortable.

The row, since it's seated, doesn't have a bias against the heavier athletes like most cardio tests do. In fact, heavier athletes, to a point, will have a benefit because they can exert more power. There's a big element of power in the row, so it isn't just pure cardio. Traditional aerobic athletes are too weak to excel in a lot of sporting activities. To be a solid rower you need strong aerobic AND muscular systems.

On the flipside, strong but out of shape athletes will tire quickly during the row and get a poor score (puking after a brutal 500 meter row isn't uncommon, even if you're in decent shape). This would indicate that their VO2 max isn't high enough and might be holding them back.

The row is a nice combination of aerobic power and strength. Males who do well in the row can usually do a double bodyweight deadlift. The proficient females are often good at deadlifts and pull-ups and yet still have a strong aerobic system. The row also doesn't put as much stress on the joints as running does, so many people who have injuries can still row.

Here are some standards for active people under the age of 50:

Give the 500 meter row test a try and see where you fall.

Awesome hamstring development doesn't require dozens of exercises - just a few very efficient ones performed with ass-kicking intensity.
Legs, Training
Ben Bruno & Bret Contreras December 1
How you could stretch out a set by making use of the fact that you can give yourself a biomechanical advantage simply by changing your foot or hand position.
Training
T Nation May 25
It's a hot Saturday in the Colorado Rockies and I'm at the office trying to think of a topic for an article. I've been sitting here for hours, just staring into the computer screen.
Training
Charles Poliquin September 25 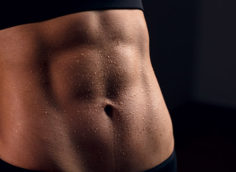 If you're going to commit yourself to the drudgery of using an indoor cardio machine, you might as well get the most bang for your buck.
Metcon, Training
TC Luoma March 14