We know that swearing increases pain tolerance. That has even been backed up by research, and now new research shows it can also increase strength and power.

How to Use This F'ing Info

Swearing is effective at increasing pain tolerance, isometric strength, and bicycle wattage. However, in the current study, autonomic arousal seemed not to be the cause. One researcher said, "Swearing seems to be a form of emotional language."

Maybe it's the emotion behind the words that allows the increase in performance. Whatever the reason, maybe you should start cussing during training. If it increases strength and power, why the hell not? 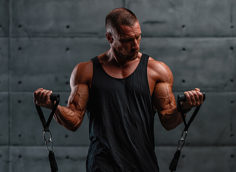 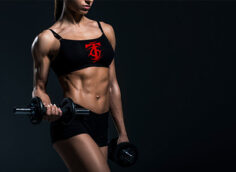 Yes, a caloric deficit is essential for fat loss, but achieving it doesn't have to wreak havoc on your body. Do this instead.
Christian Thibaudeau October 10

Here's how you can lose fat, gain muscle, get stronger, and be awesome in a 4-week butt-kicking program.
Fat Loss Training, Training
Erick Minor August 21