Some parents want to get their kids devoted to one sport early on. They point to Tiger Woods as an example of how it works. But does it really? Let’s get into it.

For the first 12 years of my career I trained athletes exclusively. I worked with pro athletes, Olympians, and also kids from ages 9-18 as the head strength coach of a sport-school program. I've also coached high school and college football (defensive coordinator and running back coach).

For team sports where you have to interact, react, and play as a team, early specialization is one of the biggest mistakes parents can make with their kids. It will severely limit their potential and what we call "talent." The best young athletes in team sports all played at least two sports as kids.

For individual sports with a repetitive skill that needs to be done without having to adjust to an opponent's play (like golf, gymnastics, figure skating, diving, swimming, cycling) it likely doesn't have as much negative impact. That's why you can't use Tiger Woods as an example for sports like hockey, football, or basketball.

Let's first examine what makes a great athlete and where a lot of parents screw up. I divide it into two main categories:

In the first case we're referring to someone who naturally picks up pretty much any skill easily and is good at most sports right away. He's the 7 year old kid that kicks ass in soccer, then goes and plays flag football, basketball, or hockey. He's also dominant without much practice or coaching.

In the second case we're talking about someone who excels at a specific sport, outplaying his competition. He shows a high level of technical mastery and a great knowledge of the game.

What we call "natural talent" is in large part due to what you do during your early childhood, even very early, like a few months old. It comes from a combination of being great at moving and adapting to your surroundings. Good coordination, balance, and precision of movement are all part of it.

This depends on the efficacy of three key systems:

The foundation of these systems is laid out during very early childhood. What you do with your baby can have an impact on how well these systems develop and represent the foundation on which talent is built. You must present your child with a lot of different stimuli.

Can You Compensate for Late Development?

Sure. But a kid who develops very efficient visual, vestibular, and proprioceptive systems will always be a step ahead of someone who's been parked in front of a TV all day.

Have you noticed how most babies will stop crying when you put them in front of a TV? That's in part due to the dopaminergic overstimulation from the blue light. The problem is that the baby's brain isn't equipped to deal with this intense signal, and in large doses it can lead to problems with the dopamine receptors.

Parents who rely on TV as a substitute for parenthood are doing the worst things to help their kid develop optimally.

When I see a hockey dad scream at his kid's coach, telling him to play his kid more, I can't help but think,

"Shut up, you're embarrassing your kid, and your kid doesn't play because he's not that good and has no real interest in it. And that's most likely your fault because you preferred to drink beer and watch TV instead of spending time with your baby."

That's the first part of talent and it comes from the parents... not only their genetics, but in large part how they interacted with their child. 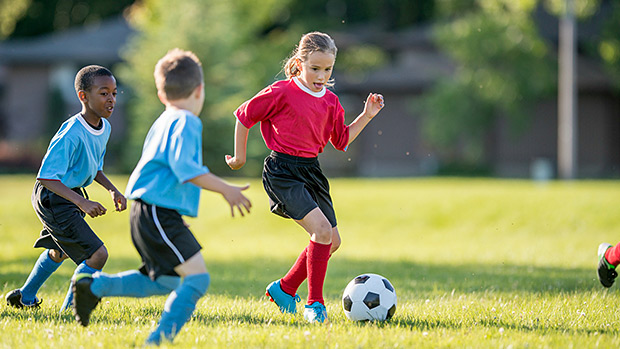 This is where early specialization becomes a problem. In team sports, where you have to instantly come up with solutions to rapidly developing problems during play, creativity is what separates the good players from the great ones.

Hockey, soccer, football, basketball, and rugby all require an athlete to quickly analyze the situation in front of him and come up with a strategy to solve the problem. When you look at truly talented athletes rarely will you hear, "Wow, look at how he applied the system!" It'll be more like, "Wow, how did he do that?" Or "Where does that come from?"

Early specialization, and especially forcing young kids to play according to a rigid system, is the main cause of unimaginative athletes.

If you always practice the same thing, play the same sport, and do the same activities, you limit the amount of experience you accumulate and can use to come up with creative solutions. It's even worse if you force the young kid to play their only sport by rigidly following a system (there's a need for a system eventually, but not during childhood and early teenage years).

Researchers did a study in the Netherlands on the soccer players from their national team compared to "lesser" players to see what made them superior players. There was no significant differences in physical characteristics, physical capacities, or even in progression through the ranks of organized soccer.

The only difference they could find was the amount of unstructured play (e.g. backyard soccer). The elite players had a lot more of it.

When you play in your backyard there's no system, the rules are applied loosely, there's a different number of players, and the surface of play is much smaller, which changes how you play the game completely... forcing you to come up with new solutions on your own, which develops creativity.

If you want a kid to have "natural talent" give him or her plenty of stimulation of all sorts during early childhood, then have him play as much as possible and engage in various activities. That'll lay the foundation to be the best athlete he can be.

Then when your kids get to around 13 or 14 you can start to focus on teaching specific skills and strategies/tactics for their favorite sport. I'd still recommend they play more than one sport because it'll favor motor development and the continuing development of creativity. It'll also keep the kid motivated. If he or she plays the same sport year-round chances are they'll become bored and unmotivated.

The longer you can keep playing several sports, the better. Tom Brady was drafted by the defunct Montreal Expos (baseball). Pat Mahomes was a solid baseball player himself. A lot of great players were also college basketball players or track athletes. Former NFL running back Christian Okoye was a soccer player until his last year of college and Aaron Judge was a star basketball and football player out of high school. The list could go on and on.

In fact, you'd be surprised at the percentage of star athletes who played at least two sports out of high school (until 18 years of age). Yet we prefer to look at the ONE example of early specialization that worked.

For every Tiger Woods you'll find at least one Todd Marinovich, whose life became hell from overspecialization, and countless failed stories we don't hear about.

Sure, playing a sport exclusively at a very early age will make you capable of understanding that sport really well. If you want to be a great "sportsman" you must first be a great athlete. And that comes from early childhood and from having a ton of sporting (and non-sporting) experience to develop creativity and motor skills.

Unless your kid competes in a sport where there's no need to make instant decisions or interact with others, and where you simply apply a learned technique that doesn't change (golf, gymnastics, figure skating, diving, archery, etc.) then early specialization is one of the greatest disservices you can do to a kid.

But even in those sports where early specialization can be beneficial, it's rarely something that leads to the optimal development of the kid and often leads to problems during adulthood. 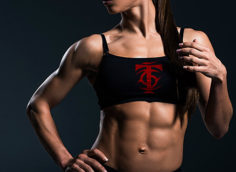 Let's forget all that functional training stuff for a while and just build an eye-catching six-pack. Try this drop set.
Training
Gareth Sapstead July 15

Sure, it'll help you pull more weight, but unless you're a competitive powerlifter and have to use it, it's best avoided. Here's why.
Deadlift, Exercise Coaching, Powerlifting & Strength, Tips
Dr John Rusin April 21