Capsaicin is the chemical that makes chili peppers burn your mouth and throat. It's an irritant and it most likely evolved its heat to protect chili plants from rude mammals that chew up the seeds and make successful dispersal impossible. (Birds are the preferred seed carrier for chili plants as they don't chew up the seeds, and in case they do break them open they're immune to the heat.)

Human mammals, however, didn't get the message. They crave that heat, and chili-pepper aficionados have thus awarded truffle-like status to the hottest varieties. 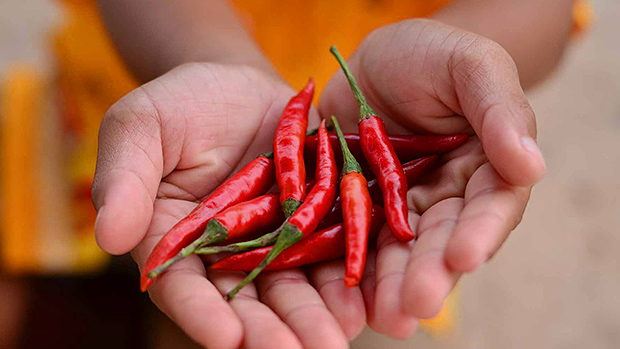 Capsaicin is also used therapeutically to ameliorate pain by inhibiting the release of Substance P, a neurotransmitter that relays pain messages to the brain. Surprisingly, it seems to have merit as an ergogenic aid, too, as Brazilian scientists have discovered that taking 12 mg. of it before a workout allows weightlifters to perform more reps.

The scientists conducted two randomized, double-blind trials with 10 male weightlifters. They first determined the 1RM (the most weight they could lift for one rep) of all the lifters.

Subjects then received 12 mg. of capsaicin or placebo 45 minutes before performing 4 sets of squats at 70% of 1RM. The sets were done to failure and the lifters were allowed 90 seconds of rest between sets.

Lifters who took 12 mg. of capsaicin 45 minutes before exercise performed more reps and had a significantly less RPE (less fatigue).

The scientists weren't sure how capsaicin affected the lifters like it did, but they had some ideas. They first thought it might have something to do with capsaicin's analgesic effect, thinking that if the exercise didn't hurt, it allowed the lifters to eke out a few more reps. Another theory was that capsaicin stimulated muscle fibers, or that maybe it stimulated the central nervous system.

Regardless of the cause, the researchers concluded: "Given the greater resistance training volumes are highly associated with muscular hypertrophy, therefore it is possible that chronic pre-training capsaicin supplementation could lead to greater strength and hypertrophic adaptations."

Taking 12 mg. of capsaicin 45 minutes before a workout could increase workout performance. There are a couple of potential problems with doing this, though. For one, the strength and purity of capsaicin capsules appears to vary widely. Secondly, capsaicin can cause heartburn, particularly on an empty stomach.

If you want to try this, look for 500 mg. cayenne pepper capsules that are standardized to at least .25 capsaicin and take one 45 minutes before you begin working out (be aware that the half-life of capsaicin is roughly 25 minutes, so you'll get the biggest bang for your buck during the first couple of exercises of your workout.)

There's another potential problem, though. It looks like chronic use of capsaicin doesn't work very well. Other studies have apparently shown that there's no significant effect if you keep taking it for a week because of possible desensitization.

I've been using a roll-on capsaicin product on biceps, triceps, and delts with good results. (I haven't graduated to using it on bigger body parts yet.) Since it's not being ingested orally and only being applied to the same body parts once every 4 or 5 days, I presumably avoid the desensitization effect. 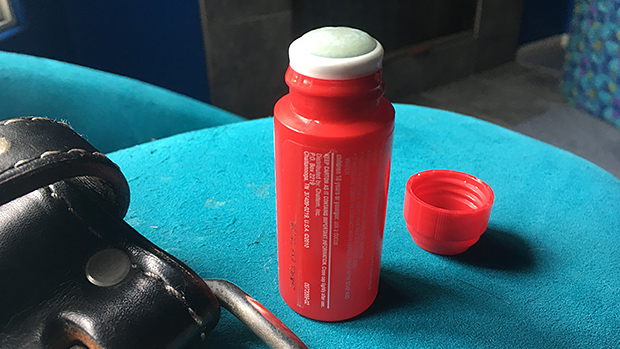 It appears to increase my performance, rep-wise, but I'm open to the idea that it's merely creating the ultimate mind-muscle connection. After all, when you feel your biceps, triceps, or shoulders burning like hell fire, it's incredibly easy to concentrate on their function.

Apply it to muscles about 20 minutes before you begin to work out.

Even the most hardcore lifters experience low motivation. Here's how to get back on track.
Motivation, Training
Matt Kroc May 31

The push-pull training split has been building slabs of muscle for generations. But can it be improved? You bet. Here's how.
Bodybuilding, Training
Kyle Arsenault December 31