Despite what we've learned about the ridiculousness of most instability training for athletes, there isn't a training day that goes by when I don't see some yutz doing dumbbell squats, shoulder presses, or curls atop an inflatable disk, an inverted BOSU ball, or even a Swiss ball.

And, most annoyingly, these wobblers always have the same smug look on their faces, as if they're using an infinitely advanced training method while you, you corn-pone country hick, are still stuck doing here a squat, there a squat, everywhere a squat-squat on solid ground, E-I-E-I-O.

Luckily, T Nation contributor and MLB secret weapon Eric Cressey saw instability training for what it was – good for sprained ankles and little else. One of these things must have smushed his pet Chihuahua, Lupe, when he was a kid because his 2007 Master's thesis obliterated most reasons for doing them.

Too bad the lessons he revealed have been largely forgotten by the masses. Hence this brief recap of his findings, along with some other things these unsteady folk need to know.

Cressey recruited a bunch of athletes who, while weight-trained, had never done any unstable surface training (UST). All athletes were pre-tested with two different jumps, a 40-yard sprint, and an agility running drill. They then began a 10-week strength and conditioning program. The only big difference was that the experimental group performed UST with one lower-body exercise per workout.

Both groups did equally well on their agility tests, but the stable group was 0.9 seconds slower than the UST group at pre-testing and 0.03 seconds faster after the 10 weeks of training. 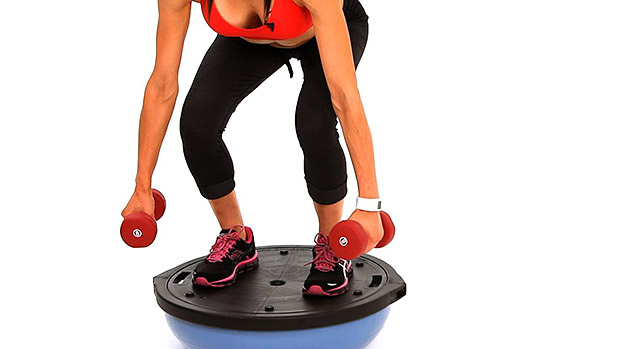 The Problem with Unstable Training

What Cressey and others have noted about athletics in general is that just about every sport, except maybe the 50-Yard Earthquake Dash, is done on a stable surface. As such, training on unstable surfaces ignores the principle of specificity of training, at least when it comes to the lower body.

UST also commits a physiological cardinal sin in that it impairs what's known as the stretch shortening cycle (SSC). In sport and human movement in general, the length of a tendon increases during the concentric portion of a movement and when the transition to the eccentric part of the movement is lightning quick, the tendons act like a spring, releasing a bunch of energy to help complete the lift or athletic movement.

But exercising on an unstable surface lengthens the time between the eccentric and concentric part of a movement, resulting in a much-impaired SSC. Cressey likened it to trying to jump out of sand. UST forces athletes to train slow and, in sports, training slow makes you slow.

As far as making strength gains with UST training, fat chance. Cressey says that it doesn't allow for adequate resistance to provide for strength gains and can actually interfere with them.

And while he didn't specifically address muscle hypertrophy, the same type of thinking applies. They don't allow for adequate resistance as the limiting factor in how much weight you use will be the balancing capabilities of the stabilizer muscles.

Are They At Least Good for Abs?

Umm, not so much. Exercising on a BOSU, for instance, provides higher EMG activity in the rectus abdominis than doing the same exercise on a stable surface, but not as much as doing a heavy deadlift or front squat on regular old Terra Firma.

So Are These Things Good for Anything?

There is a place for UST training. It definitely helps with ankle injuries, and a 2004 study found that Swiss balls and BOSU balls in particular might be useful for upper body injuries. Say for instance your shoulders are barking and you can't handle pressing the big weights.

Sitting or lying on a Swiss Ball should allow you to maintain a high level of muscle activation while reducing the stress on joints. In other words, UST might allow you to use a lower weight than you might ordinarily use and still get something out of it. 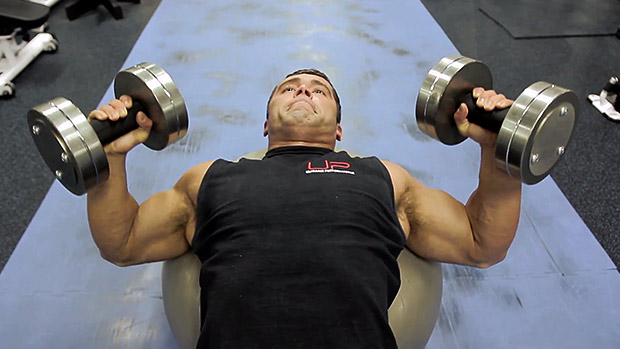 It's one of the best exercises for back size and strength. Here's how to do it.
Tips, Training
Ben Bruno January 14

Add this to your workout and make your pull-ups easier, your arms jacked, and your shoulders healthy.
Tips, Training
Dr John Rusin December 24 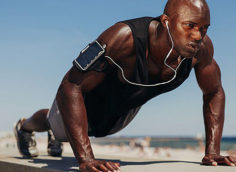