You know the story: people sit too much these days, which has lead to the rise of something called "gluteal amnesia" even among active people. The biggest and most powerful muscles in the body, the glutes, become difficult to recruit. This leads to poor compensation patterns and even lower back pain. It also leads to flat butts.

Exercises like squat and deadlift variations and lunges can all be great butt-builders, along with glute bridges and hip thrusts.

Problem is, many lifters don't actually have the ability to recruit their glutes while performing any of these exercises, even the glute-centric ones like the hip thrust. Given the importance of the glutes for posture, prevention of pain, and lifting heavy stuff, we need a way to wake up those sleepy glutes.

For example, if you want to put greater emphasis on your pecs when benching, pre-activate them by crossing your arms and squeezing your pecs hard a few times right before you bench.

To maximize gluteal recruitment, you also need to pre-activate your butt. Depending on the movement pattern, you'll use different techniques to prime the glutes. There are easier and more challenging alternatives offered for two of the movement categories.

It's not that one is actually harder, but it's harder for many people to recruit the glutes when doing them. Stick with the "easier" movement until you can really get your glutes firing. For each exercise, the number of reps will be low, just enough to wake things up. Just really emphasize the glute squeeze at the top of each movement.

Before back or front squats

Perform 3-5 reps of the standing glute squeeze. It's exactly what it sounds like. Stand there and clench your butt.

With your feet a little inside shoulder-width apart, toes pointed either straight forward or rotated very slight outwards, squeeze your glutes together hard and hold for about 5 seconds. Try for a good strong contraction, though not maximal. A hand on each glute can be a good tactile cue to get them firing. Proceed immediately to your squat work.

Before split squats or lunges

Given the unilateral nature of the split squat and lunge pattern, you need a unilateral pre-activation drill. Prior to each set, perform 3-5 reps per leg of either the glute march (easier) or the single-leg hip thrust (more challenging) from the same starting position: lying on your back with knees bent and feet placed flat on the floor, hip-width apart. 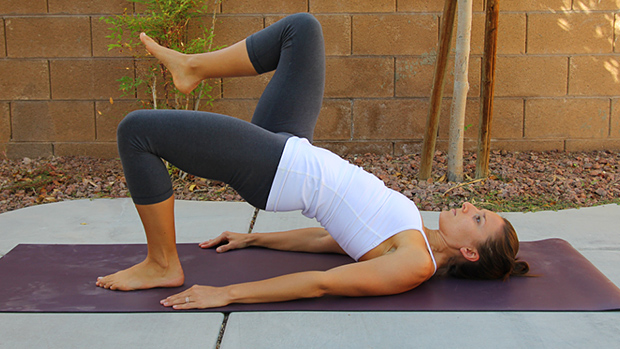 For the glute march, set up in a glute bridge position and lift one knee at a time high into the air as if you were marching. Alternate sides. 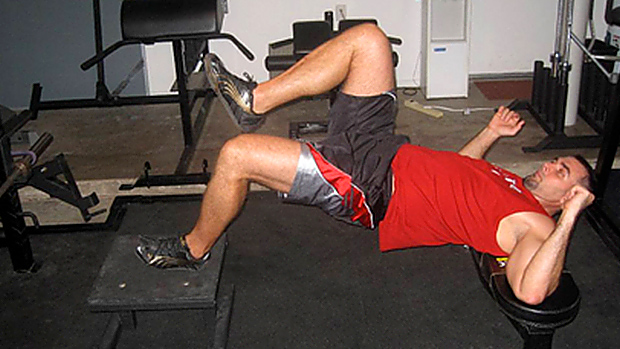 For the single-leg hip thrust, lift one foot off the ground with the knee bent to roughly 90 degrees. Drive your other heel down into the ground to lift your hips up until you have perfect alignment from shoulders to knees.

For both exercises, focus on maximally recruiting the glutes without allowing your lumbar spine to move into extension. 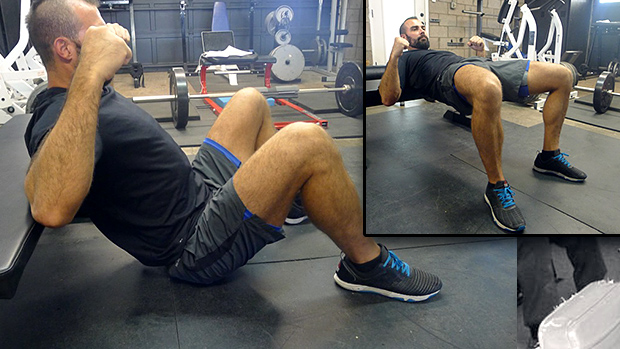 I could give you elegant biomechanical cues with big words to describe the bodyweight hip thrust, but clarity works better: Lie on your back, knees bent and feet flat, then hump the air in slow motion. 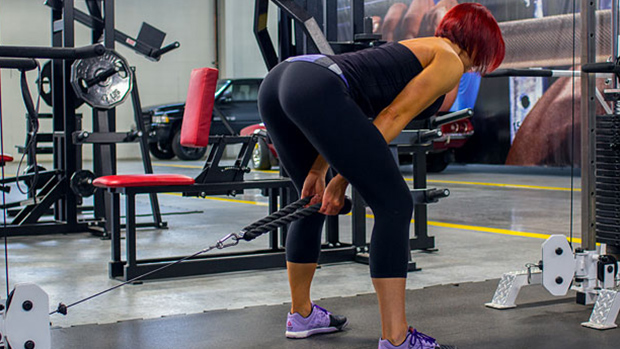 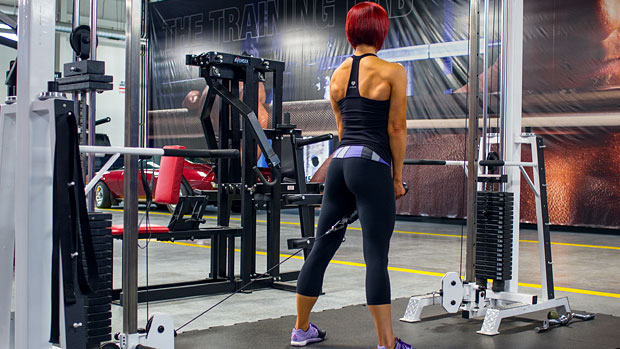 For the cable pull-through, stick to a nice light weight. Face away from the stack, grab a rope attachment between your legs and move your hips backwards as the rope moves backwards. Reverse the movement to stand back up straight.

If you want to maximize your glute strength and development, try out these movements to teach them to fire on command. Once you've established the neural pathways to properly recruit your glutes, hip thrusts will become much more effective as well. 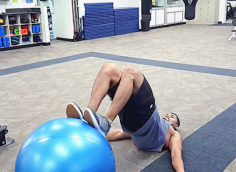 This is a great sequence to work around knee issues, and it's awesome for hypertrophy.
Exercise Coaching, Legs, Tips
Dre Delos Santos July 5

It’s the nagging stuff you probably know you need to do. You just haven’t been TOLD to do it yet. Start here, then get to work.
Abs, Bodybuilding, Powerlifting & Strength, Training
Tony Gentilcore March 12