Nothing to Do With the Mouth Guard Itself

Back in the early 1980s, supposedly tech-savvy lifters began using high-tech mouth guards to increase their strength. Clenching down on the mouth guard was supposed to align the jaws and increase nervous system efficiency, allowing them to move heavier weights.

You couldn't just buy a plastic mouth guard from the local sporting goods store, though – it had to be fitted and manufactured by a dentist. 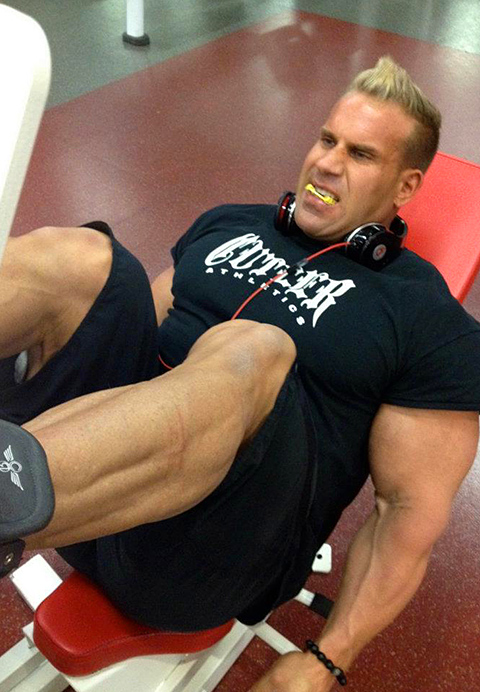 Custom-fit mouthpieces are still around, but the current theory behind them is that they improve breathing and prevent you from clenching the jaws in a way that pinches the nerves that run through the temperomandibular joint. This supposedly prevents performance-hampering cortisol from being released.

Researchers from Marquette University discovered that the mere act of clenching your teeth during a lift, along with gripping the weights or handles harder, dramatically increases strength.

The researchers procured a leg-extension machine that measured the force of maximum voluntary isometric contractions. They then recruited 12 previously weight-trained men. The subjects were then put through four tests:

Gritting the teeth made the subjects 10 percent stronger, and when they clenched their teeth, gripped the handles, and did the Valsalva movement at the same time, they were 15 percent stronger.

"The present study demonstrates that jaw clenching as well as the aggregate effect of gripping, jaw clenching, and the Valsalva maneuver potentiates leg extensor mean and peak torque," concluded the scientists.

In practice, that means that gripping the bar tightly and simultaneously clenching your jaw should improve your bench press, deadlift, squat, or any other lift by a considerable degree.

While potentiation isn't a new concept, it's woefully underemployed, especially since it's such an easy and productive way to improve your performance in the gym.

One word of caution, though: If you want to use this method, get yourself a mouth guard. It's not for proper alignment of the jaws and it's not to prevent the release of cortisol; it's simply to protect your teeth as you clench down hard. (I've cracked two molars through overly exuberant jaw clenching.)

Cheap mouth guards are widely available and they don't need to be custom-fitted.

Nothing beats the basic compound movements, but sometimes you need specialize or work around a problem. These exercises will help you out.
Bodybuilding, Powerlifting & Strength, Training
Christian Thibaudeau April 9

Shake up your biceps and triceps workouts with this pumptastic training method used by pros.
Tips, Training
John Meadows August 20

This is a true test of full-body stability, strength, and motor control. Take a look.
Tips, Training
Joel Seedman, PhD November 25
I get emails all the time from T-Nation readers who want to know why I don't write programs for the masses. About the only answer I can muster up is: "Because I have a conscience."
Training
Eric Cressey January 19