Instead of lying lengthwise on the bench, the T-bench position involves lying widthwise. This allows the hips, head, and neck to be off the bench and unsupported. As a result, you're forced to support more of your body and contract your posterior chain from head to toe to a much greater degree.

Basically, you're holding an isometric glute bridge throughout. This works particularly well for lifters who lack the ability to drive forcefully with their legs and hips on the bench press because the lifter is forced to fully contract the glutes and drive with the legs.

In addition, the elbows and triceps end up touching the bench just at the right stopping point, similar to a floor press. This keeps you from collapsing and over-stretching in the bottom position.

The T-bench chest press also provides benefits similar to the head-off chest press in terms of cervical elongation. However, the effects tend to be even more profound as the combination of hip drive and head-off coincide perfectly with each other.

The more the hips drive up, the more the head and neck push back into cervical elongation. This promotes further improvements in t-spine extension and shoulder retraction. You immediately feel the benefits of increased leg drive as you're rewarded with improved pressing technique that ultimately transfers to greater force production and the ability to handle heavier loads.

The T-bench chest press can be applied to any chest press variation, including barbell presses, provided you can reposition the bench widthwise in a squat cage. 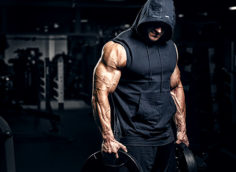 Build your chest, your glutes, and your shoulders – without destroying them. Here are the three things you need to unlearn and what to do instead.
Training
Paul Carter January 2

Sometimes even the best lifts stop working. Here are 10 variations to get you growing again.
Bodybuilding, Training
John Gaglione May 5
Think you have what it takes to make it in the world of elite sports? Do you have immense talent and ability?
Training
Charlie Francis February 2 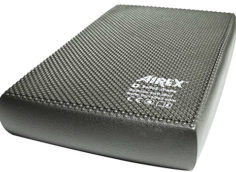