Most of us have, at one time or another, been warned by some medico not to lift for a few days, weeks, or months so that we can heal up from whatever ding or dent we've suffered in the gym.

More often than not we nod our head in compliance, but mentally we're miming a cranking motion with one hand while the middle finger of the other hand rises to full F-You extension.

Sure, there are legitimate scenarios where we might want to think twice about returning to the gym too early (dual punctured lungs, dislocated spleen, sucking chest wound, etc.), but most of us choose, wisely or unwisely, to keep on lifting, to "work around" injuries. Most of the time this involves doing however much of our regular workouts as possible, albeit at a lighter weight.

I'm not here to weigh in on the wisdom of such a strategy. I'm just here to report on the best way to train with light weight and still keep making progress.

Most lifters will work around an injury by using roughly 50% of our normal, healthy 1RM, but science tells us that lifting with that percentage doesn't increase muscle size or strength. However, you can make lifting with 50% of your 1RM an effective strategy, provided you do it the right way.

The scientists recruited 24 male students and had them train their legs on a leg-extension machine 3 times a week for 12 weeks. They divided them into three groups:

As far as muscle mass, the LST group and the HN group fared equally well, while the LN group didn't grow at all.

The researchers theorized that oxygen depletion in muscles is a major component of increases in muscle size. When oxygen decreases, lactic acid increases, and the synthesis of growth hormone and testosterone increases as well. Since the amount of oxygen in the muscles of the LST group decreased almost as dramatically as it did in the HN group, they realized nearly equal results.

So, based on this study at least, you can still make progress during those periods when you're banged up and going full bore isn't the best idea. 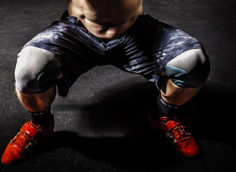 Are you long-limbed and lanky? This should be your go-to squat variation.
Bodybuilding, Legs, Squat, Tips, Training
Tom MacCormick October 1
One of the most common areas of confusion for bodybuilders and other athletes engaged in resistance training is the question of the appropriate or optimal number of reps and sets for any given workout session or cycle.
Training
Charles Staley October 27 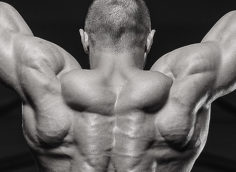 Get your shoulders ready for future big lifts with these simple, do-anywhere band exercises.
Training
TJ Kuster May 11