When doing an exercise aimed at building the back, the activation of the biceps should be minimized. But this isn’t easy to do when you have overpowering arms that “take over” during back work.

Here’s an exercise to help fix that. It can be used both to bring a lagging back up to par and to “teach” your body to properly activate the muscles of the back during heavy pulling movements. 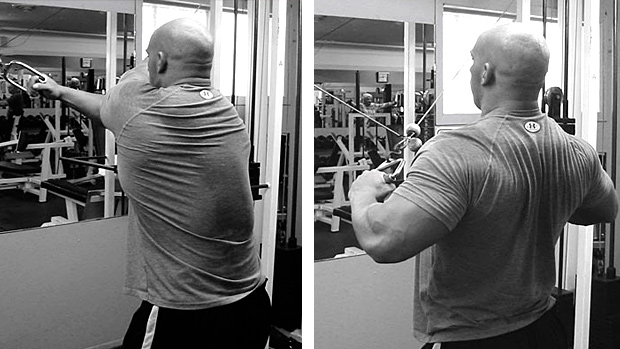 This is a good exercise for the whole upper back musculature with a focus on the rhomboids, rear deltoids, and lower fibers of the traps.

The first key point is to “open up” (stretch) your back in the starting position and to squeeze your shoulder blades together at the fully contracted position.

The second key is to keep the elbow bend to a minimum during the pull to minimize biceps involvement. This angle should be anywhere between 100 and 135 degrees, depending on your limb length. 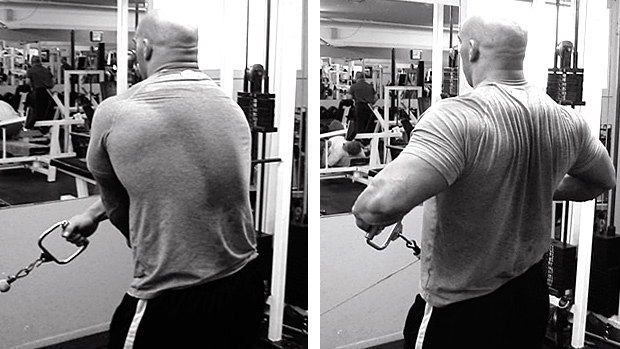 This variation is performed the same way as the preceding exercise; the only difference is that we’ll use a low-pulley position instead of a high-pulley one. This will put more emphasis on the rhomboids and rear delts, as well as the upper and middle fibers of the traps.