Is German volume training really all that effective? Some think so. After all, Charles Poliqiun recommended it. But I always found it funny that Charles recommended GVT because I doubt that he used it himself.

What's funny is that Charles once said that his average rep number for biceps was 2.4 reps. He was a low-rep guy. While I don't doubt he probably used GVT at some point, I doubt he used it often, or for long.

That's why he eventually modified it and created Advanced German Volume Training. That's how Charles used GVT himself and with most of his athletes. It was still 10 sets of an exercise, but 3-5 reps per set instead of 10 reps.

But let's get back to the original GVT for a moment. Is it effective? Well, few programs have the mystique of GVT. It's been around for over 50 years. It was first used by the German Olympic lifting team during the off-season in the 60s.

Vince Gironda was using the 10x10 system at around the same time and it's open to debate who came up with the idea first, the Germans or Gironda. While Gironda was a strong anti-steroids advocate (at least publicly) a lot of the bodybuilders he trained in the 60s were using steroids. Larry Scott, Mohammed Makkawy, Rick Wayne, etc.

I'm not saying drugs were the reason why German Volume Training worked, but it must be kept in mind when analyzing the efficacy of the program.

If you've been reading my recent work, you know I believe that excessive volume is the enemy of the natural, non-genetically gifted lifter. The more volume you do, the more cortisol you release.

Using a program that's too high in volume could lead to fewer gains for natural lifters. That's one of the reasons why a recent study showed better results when doing 5 sets of 10 than 10 sets of 10. You can read TC Luoma's report on that study here: German Volume Training Fizzles Out.

So let's first look at the overall volume of a GVT program to assess whether it's too high in volume. In the original GVT program you have two alternating exercises (A1, A2) for 10 sets of 10 reps. Then two more exercises done for 3 sets of 10-12 reps.

When you read the Russian weightlifting literature, 100 reps in a workout is a VERY high volume. So 272 is almost lethally high. Okay, maybe not that much, but it's a lot.

Some people can handle it. Few can grow optimally from it. Don't forget that if Charles had one "weakness" it was that he worked with the genetic elite almost exclusively. He admitted that was his shortcoming, and said some of his material needed to be adapted.

If you work with a young athlete – full of natural testosterone, no family or job, great genetics, very little life stress – he can likely gain well from GVT. But the average Joe who's natural, older, has a stressful job, etc., won't be able to progress well on that system. If you're on drugs, go for it... if the boredom doesn't kill you.

Charles' adaptation (10 sets of 3, 4 or 5) is much better because the volume is 50-70% lower. Much less cortisol will be released. But if you go that route, you should be conservative with your weight selection. A set should never be more than an 8/10 on the RPE scale – leave about 2 reps in the tank.

Your first few sets might be a 7/10 and the last five sets 8/10. If you go balls-out, you'll have a hard time recovering neurologically because you'll either deplete dopamine or desensitize the adrenergic receptors. The next day you'll suffer from workout hangover. 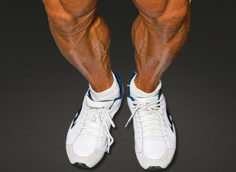 You know you should be doing pull-ups. But what's the best way to attack them? Six of our coaches tell you what works for them.
Most Popular Pull-Up Articles, Powerlifting & Strength, Pull-Up, Training
T Nation December 20