I've become less of a "tribal" thinker over the years. Earlier in my career, I believed that resistance-training machines were inferior to free weights. I'd argue that machines only required you to overcome the resistance, not control it.

Put another way, I believed that machines were "too stable." At the time I loved Paul Chek's quote: "Machines are like sleeping pills for the nervous system."

But here's what I now consider to be an embarrassing disconnect on my part: At the same time I was dissing machines, I'd also scoff at "stabilization" exercises (drills performed on the BOSU or on one leg for example) as inferior because the instability involved doesn't allow you to generate as much force as you could if you were stable. Using this logic, machines would be a GREAT choice, right?

Looking back, I now realize I had an ideology to defend: I disliked machines because I saw that people often used machines as an "easy way out" when they should be taking the time to learn how to use free weights.

In other words, I placed a high value on developing free-weight skills and looked down on anyone who didn't feel the same way. Of course, I didn't view myself as that pretentious, so I had to disguise my argument by citing the downside of machines, while at the same time totally ignoring the upsides (of which there are many).

As humans, we all seek to define ourselves, at least partly, by the tribes we join. If you're a member of the "keto" tribe, you'll be deaf to any legitimate evidence that carbs can be beneficial. If you're an Olympic lifter, you'll laugh at the idea of bench pressing. If you're passionate about running, you'll believe that no one can ever have enough endurance.

We're drawn to tribes because they give us clear rules for behavior. That can be a good thing because it shortens the learning curve when you're a beginner at something. I'd simply caution you to resist dogmatic thinking and question the rules of any tribe you might happen to be a member of. 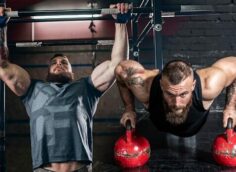 If you can't handle your own bodyweight, are you really strong? Make gains using mainly just your own body. Here's how.
Dan North June 2

Squat stuck? Use the training method top powerlifters use to smash that plateau. Check it out.
Tips, Training
Derek Binford August 9 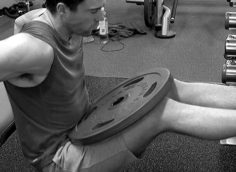 These will wreck your shoulder joints. Here's why, plus a better option.
Training
Lee Boyce March 30