It's such an underappreciated joint. It doesn't get the love the shoulder gets. Lifters will often do the common preventative things for shoulder maintenance, but we tend to overlook elbow health... until it becomes a problem. And even then, all the elbow is likely to get is a bag of frozen peas.

The elbow is a hinge joint, but a pretty busy and complex one. A total of sixteen different muscles cross the elbow joint. These muscles are grouped by function.

As a result, the extensors of the wrist and fingers tend to be pretty badly neglected in the gym. While they're active when you use your mouse and keyboard, they just don't get enough work when you lift, leading to strength imbalances and, eventually, pain.

If you're like many lifters, you'll feel the pain caused by your underactive extensors just below the elbow, on the meaty top side of the forearm. This pain will appear when you're pressing, doing lateral raises, or during pull-ups.

To keep your elbows healthy and happy, there are two exercises that you should do much more often: the reverse curl and the reverse-grip triceps pressdown. Both require the wrist and finger extensors to fire isometrically in anti-flexion to keep the hand aligned with the forearm.

The reverse curl is an exercise you don't see many lifters do. In addition to the work it gives your brachioradialis and brachialis, it'll go a long way to alleviating elbow pain.

Rather than the traditional barbell or EZ bar versions of the exercise, do your reverse curls on a low-pulley cable station instead with an EZ bar attachment to get your wrists in a safer position. Due to the arcing nature of the movement, you get more continuous tension on the target muscles with the cable version.

Use this exercise after your regular curls to give your forearm flexors a little additional work and some much-needed attention to your wrist extensors.

When you perform these, think of them as a little bonus work for your triceps as you build up your extensors. 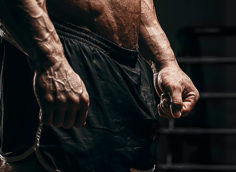 Add a couple of these moves to your program and you'll be able to crush skulls. Or walnuts. Whatever.
Training
Tanner Shuck April 3 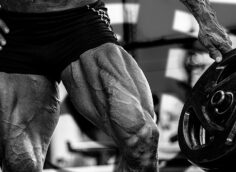 Forget what you've heard. This isn't an easier version of a deadlift or a squat. But it will make you stronger on both. Here's what to do.
Bodybuilding, Powerlifting & Strength, Squat
Tanner Shuck December 29