These shoes were originally developed for the sport of Olympic weightlifting. By building up the heel of the shoe in conjunction with creating a stiff and flat sole, these shoes have the ability to maximize ground reaction force while helping the ankles, knees, hips, and spine to explosively move weight off the ground.

But over the years they've become a common crutch for general lifters with no goals of ever competing on the platform. Here's who should be using them and who should be avoiding them.

When To Use Them

Use them when you're on an Olympic lifting platform doing Olympic lifts. There are sport-specific advantages of lifting shoes. But it would be shortsighted to think that improved performance on the platform is directly correlated with long-term orthopedic health and function of the human body.

At high levels of competitive sport, there's always a give and take for each training variable that's implemented into programming and competition. And if your goal is to step on the platform and move a maximal amount of weight off the ground into an overhead position – and an increased plantar flexion, knee flexion, and torso angle helps to achieve that goal – the cost to benefit ratio is in alignment.

But there are also anatomical outliers who have limitations in joint mobility and arthrokinematics (the slight movements in the joint space) which allow intricate joint movements to take place, such as components of dorsiflexion.

We've all heard the term "bone on bone" before, and even though it sounds like a wimpy excuse not to squat deep or go heavy, there are legitimate orthopedic presentations where joint structure doesn't allow certain movements to take place. These are the types of issues that will never be improved with soft tissue work like stretching and foam rolling. It can actually be counterproductive to hammer self-maintenance work. It's a mismatch with the true problems, which are the joints themselves.

Many lifters go down the conservative rabbit hole with soft tissue work, stretching, or maybe even a little joint mobilization work in areas like the ankles and hips. But after a few sessions of doing the theoretically "right" measures and seeing no results and maybe even flaring up the problem worse, an orthopedic evaluation to properly diagnose the problem should be next on your to-do list.

Differentiating bony block from soft tissue dysfunction will save you tons of time, and worlds of frustration. If and when body blocks at the hips, ankles, or any other joint are diagnosed, adaptive tools which alter the foot's relationship with the ground like an Olympic lifting shoe will help you continue to train while minimizing pain and complication with your movement patterns.

The key to having success with any type of lifting tool or accessory is diving on potential functional pitfalls first, bringing them up to as high of a level as possible, and THEN adding the tool to enhance training. Stay strategic with your tools and you'll reap all the benefits. 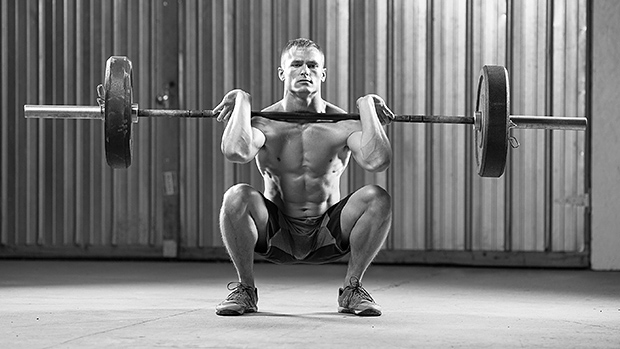 When NOT To Use Them

Many times people will diagnose themselves with mechanical movement problems, when in reality they just have neurological patterning issues which hinder their coordination and ability to move without pain. So they get lifting shoes. Then as this external crutch is used, the motor control never improves, which is the origin of the problem. The pain usually gets worse.

Unless you're planning to step on the platform and compete in a barbell sport, avoid adaptive lifting shoes and use a pair that will allow you to move as naturally as possible.

When using a more minimalist shoe, consider the motor control in your functional weak links, like ankle dorsiflexion and hip flexion and rotation. This is a common occurrence for those chronically using their shoes as a crutch for their big lifts.

Even if you're an Olympic lifter, powerlifter, or CrossFitter, use minimalist shoes for all non-power or sport-specific barbell lifts in order to reap the benefits of ground contact and the function of the ankle and foot complex.

As a general rule of thumb, use adaptive equipment like Olympic lifting shoes at a minimal effective dose in order to get the most benefit while also allowing the body to move as naturally as possible. 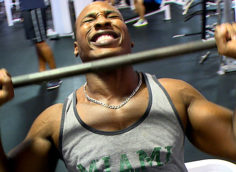 Try these workarounds to keep you in the gym when you're feeling a little banged up.
It Hurts Fix It, Training
TJ Kuster September 13
Today, competitive bodybuilding is a freak show. From the late 1960's to the early 1980's - the Golden Age of bodybuilding - it was an art exhibit.
Training
Chris Shugart March 15