This is an accessory movement for the squat with the benefit of building single-leg strength, stability, and coordination. This variation is easier on the knees than pistol squats and may be used in place of them for those with sensitive knees. The “countermovement” aspect makes the exercise easier to perform by shifting the center of mass forward, which increases the lever arm of the hip and decreases the lever arm of the knee. 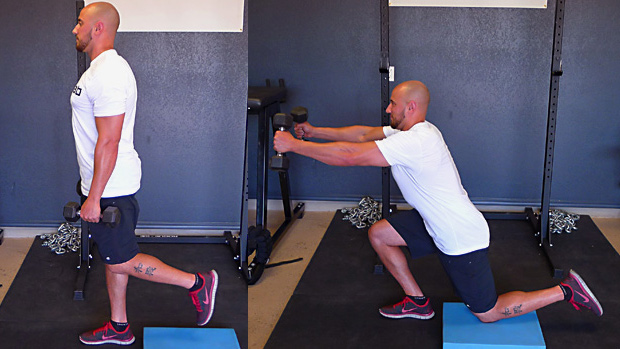